Kinatechs | 2020-06-19 17:28:29 | Source: TomTop (sponsored)
Xiaomi has unveiled its latest fitness bracelet, the Xiaomi Mi Band 5. The new Mi Band came with a larger display, a more practical charger, but no blood oxygen meter, which can be purchased pre-ordered for 39 dollars. 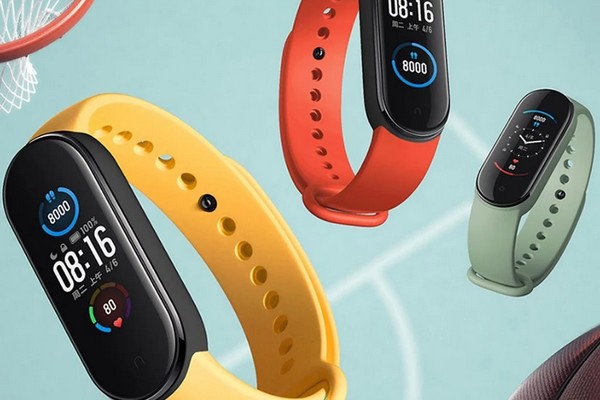 The Xiaomi Mi Band 4 was one of the most sought after smart bracelets on the market last year, so it was expected that we would not be without a new Mi Band this year either. So far, only the Chinese version has been launched by the manufacturer, but the Global release is coming soon.
The appearance of the Mi Band 5 has not changed much, but if we turn on the display, the change is already visible. Compared to its predecessor, the screen diagonal has been increased from 0.95 inches to 1.1, so it has more than 15% more usable surface area. Fortunately, the clock itself did not get bigger because of this, the size of the black bar around the display decreased. The 126x294 pixel AMOLED display not only has a larger, but slightly brighter brightness (up to 450 nit) than the Band 4, making it great for outdoor use.

You can customize the basic display of the 1.1-inch screen at any time: within the app, you can choose from more than 100 different watch face templates to make your smart bracelet even more unique. Themes can already be dynamic or animated. The device memory can store a total of three hours of themes, so you can switch between them without using your mobile phone.
The design and shape of the silicone strap attached to the watch has also been retained, but is available in a total of 8 different colors to serve the needs of the customers.
An important change is the charging of the watch. In the case of Mi Band 4, many complained that the watch could only be charged by snapping the watch unit out of the case and then placing it in a separate dock. Fortunately, Xiaomi’s designers have successfully remedied this inconvenience. This time we can magnetically connect the charging cable to the back of the Mi Band 5 smart bracelet, so no extra action is required.

Under the watch base, you can find a slightly smaller (125mAh <135mAh) battery, the maximum operating time is about 14-20 days according to the official data of the manufacturer, depending on the use.
But let’s look at the features because there have been changes here as well. The newly released activity meter has received 5 new sports modes, so it can handle a total of 11 different forms of movement. Thanks to the 5ATM water resistance, we can be an excellent companion even in water workouts.
In the preliminary articles, the news broke that the new Mi Band would arrive with a blood oxygen level meter (SpO2), but these rumors lost their meaning after its release. 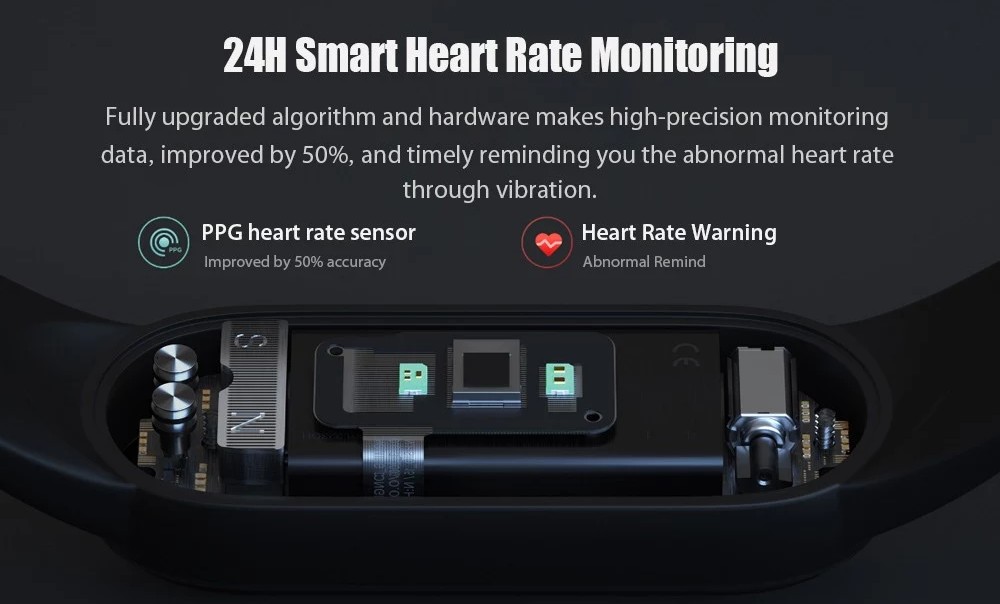 Of course, development has also taken place in the field of sensors, the watch monitors our heart rate with the help of a newly developed PPG biosensor, even 24 hours a day. According to the manufacturer, we get almost 50% more accurate results in terms of measured values than our predecessor.
The sleep monitoring function has also been improved, in addition to the superficial and deep sleep phases, it also records data on REM status. It monitors our breathing and heart rate during sleep and makes statistics based on that. Within the app, we can analyze these and get advice on how to improve our sleep habits.
Another novelty is PAI, i.e. Personal Activity Intelligence, which calculates from the measured heart rate values how active we were in the given period and how good it was for our health. The manufacturer also thought of the ladies, as a separate menstrual cycle monitoring function was also included in the application.
Another extra feature is worth mentioning, which allows us to remotely control the camera of our mobile phone. 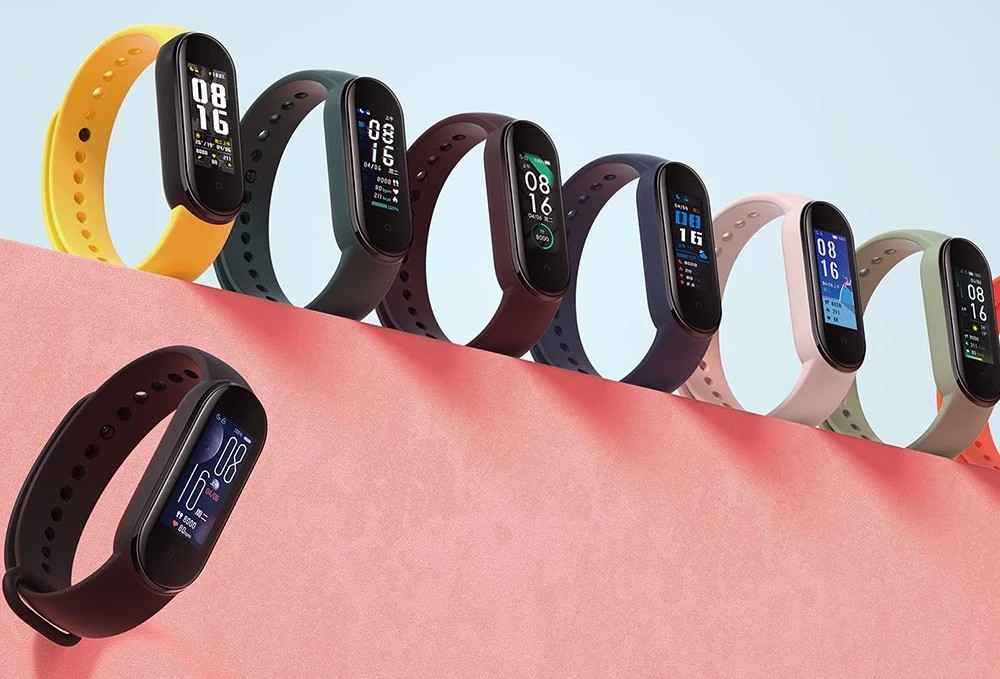 Currently, only the NFC-equipped Chinese version of Mi Band 5 can be purchased from foreign online stores, which means that the language of the watch is English or Chinese. The language still cannot be changed on the clock, as soon as you connect the device to your phone via Bluetooth, the language of the clock will automatically change to the default setting on your phone. So you can actually use this version without restrictions.
The international, Global edition is expected to be available at a slightly higher price from next month. It’s important to note that the Global version won’t have NFC, similar to the same release of Mi Band 4.
You can now purchase the Xiaomi Mi Band 5 smart bracelet in pre-order for $38.99 with free shipping.