GeekBuying has launched several exciting promotions since the beginning of the summer and is still on the 7th birthday promotion, which we have just written for you this week. 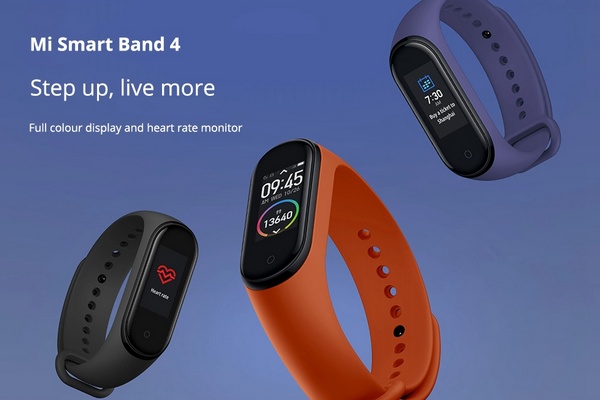 Mi Band 4 is replacing the highly popular Mi Band 3 bracelet released in May last year on the Xiaomi product line. After one year, several developments have been added to the new model, which will almost certainly lead to the success of the 3rd Series. All I have to say is that the first shipment of the smart bracelet released last week was caught by Chinese and internet customers in no time.

But let's look at the changes that can make Mi Band 4 more successful than its predecessor. The first and most striking difference is when you turn it on.

The 0.78-inch OLED display was replaced by a 0.95-inch, much better resolution AMOLED touchscreen, which has a useful interface of nearly 40 percent compared to its predecessor. Thanks to the maximum 450 nit screen, you will not have trouble with the clock or reading different texts in the direct sunlight.

The color display can display much more information, so it's no surprise that the manufacturer has made 77 different watchface styles available in the settings. And these are just the basic, factory schemas, like other similar products, they're expected to show newer graphics. 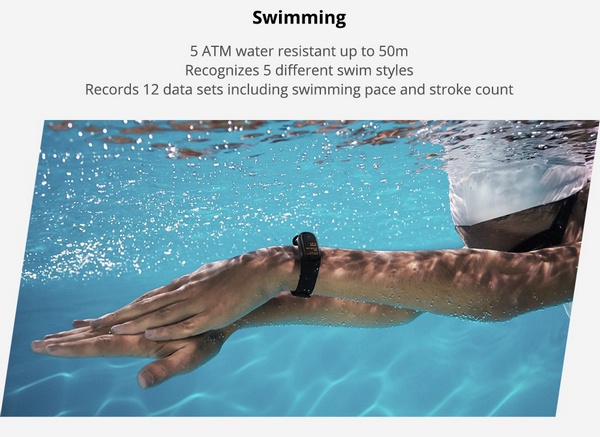 Being a fitness bracelet, of course, can record more sports activities. Whether it is walking, running or cycling, the device captures every single thing, more precisely than its predecessors. Thanks to the 5ATM water resistance, the Mi Band 4 is not to be feared near water, with a 50 meter water depth.

During the swim, the new Mi Band will also show you the Swolf, which will give you some results on the effectiveness of our swim. For those who would not know the Swolf itself, the easiest explanation for them is that the bracelet calculates the final result from the distance traveled, the number of strokes and the time. We get better results when we take longer distances, with fewer strokes and in less time.

Thanks to the new display, we can read messages on the screen for a long time without having to take our phone out. In addition, it is enough to put the palm of your hand towards the clock and automatically turn on the display. 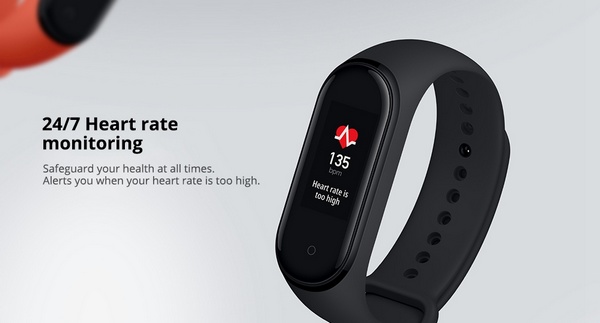 In addition to the pedometer, the Mi Band 4 can of course measure your pulse with sensors under the back panel, even 24 hours a day. Thanks to newer hardware and sensors, we get much more accurate results than Band 3.
Like the third version, sleep monitoring is available in the new model, which allows us to observe our nightly "activity".

Battery size, if minimal, but increased. The new model replaces the old 110mAh energy source with a 135mAh in the device. A larger battery life results in a standby time of about 20 days. Of course, the number of days without charge decreases when the activity meters are used more frequently. 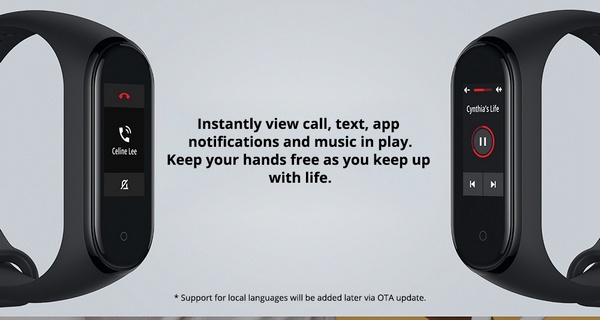 Mi Band 4 is available in several versions and is available for purchase. In most stores, the Global version can be purchased and purchased at the earliest. There is also a Chinese version that is slightly cheaper than the international edition. It is important to note, however, that there is no significant difference between the two products. That is, if we do not consider the English language descriptions and box subtitles, we get the same knowledge, the same system, the same Mi Band 4 smart band. (Source: GeekBuying)

There is also a NFC version available, but in Europe it is virtually superfluous plus we can only pay in Europe through AliPay.
In GeekBuying's birthday action, you can now buy the Chinese version at a lower price, which, as described above, is the same as the international edition.

You can access the offer at GeekBuying or by clicking the link below:

Additional promotions are available for Xiaomi Mi Band 4. For example, the GearBest store is now available at a good price for just $31.49.

The following coupon code is required to purchase: GBXMSH3149

The coupon code is valid for the first 1000 orders only, then expires.

Mi Band 4 is also available at GearVita. Here, the final price can be reduced to $27.99, but here we have to pay a little more for shipping.


If you want to buy a smart bracelet, you should also read our article about Xiaomi Hey+, as the two products are very close to each other in appearance and knowledge.
More news