Xiaomi Mi A3 - One step forward, two steps back

Kinatechs | 2019-07-29 18:04:05 | Source: Xiaomi
The Xiaomi A series has been updated with a new model: the Xiaomi Mi A3 has arrived, of course with Android One. A new member of the series is the European version of the Mi CC9e, which already available in China, with its strengths and weaknesses. 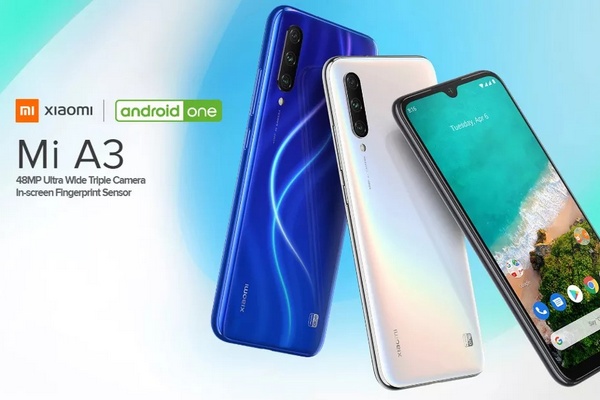 Well, the day has come that many have been waiting for, the Xiaomi Mi A3 has been released, and in many overseas stores it is available at very reasonable prices, but we cannot be completely satisfied.

After the launch of the Xiaomi CC9 and CC9e, everyone was waiting for the unveiling of the new A series model for the international market. Everyone is confident that the Xiaomi Mi A3 will inherit the features of the stronger CC9, unfortunately this is not the case ...

The Xiaomi Mi A3 has received the lower performance hardware components of the Xiaomi CC9e, with Android One operating system and support for international mobile frequencies.

One of the most painful points about the new model is the display: the front panel features a 6,088-inch OLED panel with a resolution of just HD + (720x1560 pixels). In this case, AMOLED might not have been a good choice as a FullHD + IPS display would fit into the phone at a similar price. With the release of a $240 phone with HD+ resolution in 2019, it may not be a lucky decision, especially if we know that both of your predecessors have FullHD. 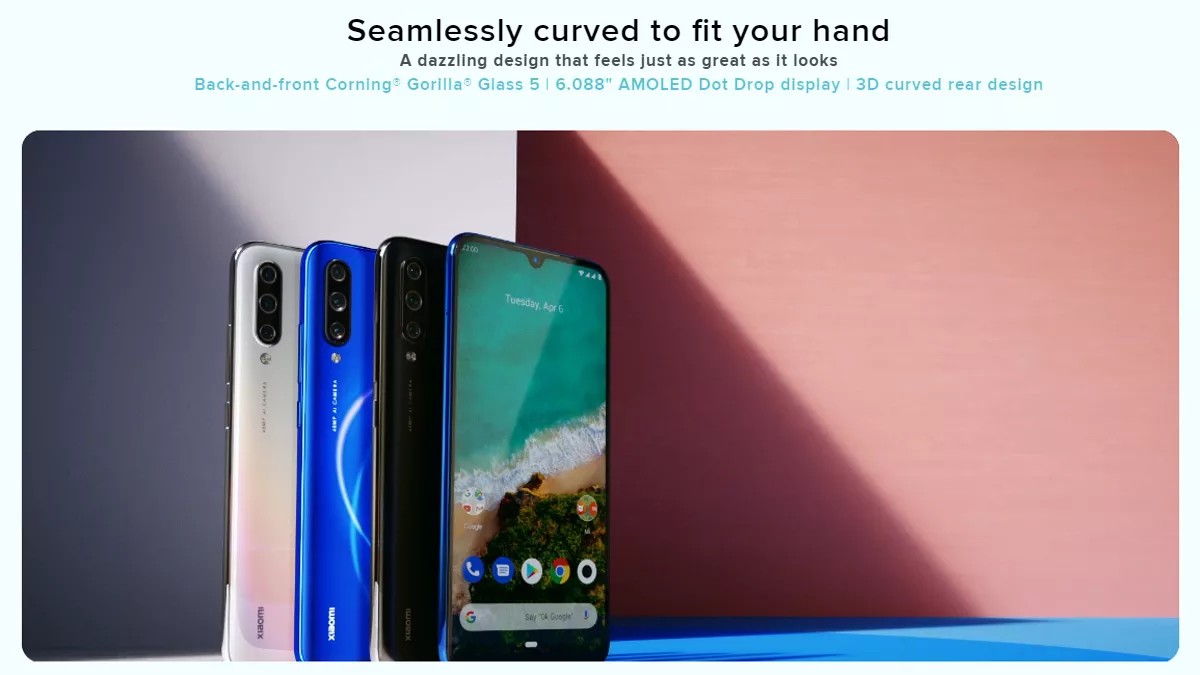 But to not only write negative things, come positive changes. First of all, the exterior itself: the size of the display, though not much, increased, but the cabinet was still smaller (almost half a centimeter) thanks to its bezel-less design. At the top of the display there is only a cut-out in place of the selfie camera.

The display also has good features: of course, AMOLED can display more beautiful and vivid colors. Plus, because of its lower resolution, it also consumes less power than its predecessor, and thanks to fewer pixels, 3D games will run faster on the Mi A3. The backside fingerprint scanner disappeared, replacing it with a more modern, under-display scanner.

Underneath the back cover is an 8-core Snapdragon 655 system chip with 4GB of internal memory, ideal for the mid-range. And the enhanced Adreno 610 graphics unit will run almost any game without any problems.

The basic model comes with 64 GB of internal storage, while the slightly more expensive version has 128 GB of internal storage. If we run out of storage space, we can expand it with an additional MicroSD card of up to 256GB. This is also a positive change, as there was no possibility of expandability in Mi A2.

The above hardware components are powered by a 4030mAh battery, which provides nearly 1000mAh more than last year's A2. This also means that, thanks to a combination of lower resolution, slightly more economical SoC and a larger battery, the A3 has improved a lot during battery life.
By the way, the device supports 18W fast charging, but here the manufacturer made another mistake, as the only 10W charger in the box will not be able to do so. Anyone wishing to take advantage of the 18W charging option must obtain a separate quick charge adapter.

Continuing to praise, we have come to one of the most powerful points of the Xiaomi Mi A3, the camera system. The 20-megapixel front-panel unit in the predecessor was not average, but the manufacturer kept thinking, and has already loaded a 32-megapixel selfie camera with a high-brightness f/2.0 aperture into the A3. This allows you to take even more detailed, beautiful photos at any time of the day, even in low light or night. On the back, this year features a triple camera system already known from Xiaomi: with the 48 megapixel f/1.79 Sony IMX582. Next to the main camera is an 8 megapixel ultra wide angle (118°) and a 2 megapixel depth sensor. The primary camera lets you capture videos at up to 4K resolution and lets you record slow-motion videos (1080p @ 120fps).

Unlike the Xiaomi CC9 and CC9e mobiles, the Xiaomi Mi A3 already has full international cellular network support, so it can be used in almost any country without any restrictions. He also has no trouble handling the B20 (800MHz) 4G LTE frequency.

Those who do not like Xiaomi's own MIUI operating system can also benefit from Android 9.0-based Android One, which means they will receive major updates for at least two years and security patches for at least three years.

Before summarizing, it is worth looking at the market a bit. The Xiaomi Mi A2 was unveiled at the very end of July last year, making it one of the most successful phones since its launch. No wonder, with the 5.99-inch FullHD + resolution display, 20MP front and 12MP + 20MP dual-back cameras and Android One operating system at the time was the most powerful mid-range hardware combination.

Exactly a year has passed since the launch of the Mi A2, and mid-range models such as the Xiaomi Mi 9 SE, Mi 9T or Redmi Note 7 have appeared.
The Xiaomi Mi A3 has dropped into this strong market and looks to be doing so with little success. The Xiaomi Mi A3 is priced at $240 in overseas department stores and the 128 GB model is priced at $290. True, we are already offering coupon deals on both variants, so you can order phones for $220 and $250, respectively.

The current webshop prices and current coupon offers can be found on our website in the device page:

Let's see why the new A3 is not cheap: keep in mind, for example, that the stronger Xiaomi Mi 9 SE for $254 or the much stronger Xiaomi Mi 9T with the best value for money can now be yours for $280 , then there is a reason to be ashamed of Xiaomi. Currently, the Mi A3 phone is not very relevant in the market.

You can find these coupon offers, along with many other Xiaomi product promotions, on our site: Crazy Xiaomi Summer Sale at GearBest.

One thing to keep in mind, though, is that these are introductory prices, and you can be sure that the cost of purchasing both variants will decrease in the future. In the meantime, there are other alternatives, or your predecessor, the A2, which can be purchased for as little as $140.

Finally, if the price of the Mi A3 reaches the $200-220 mark, or even falls slightly below it, it may want to consider buying one. For that much money, we get an excellent camera system, above average battery usage, all in a smaller, more compact size, but with a larger display than the Mi A2.

A few weeks from now, this device will have a customer base, though I say this despite the lower resolution display. It is also possible that by the end of the year, this phone will be one of the most sought after Xiaomi mobile phones in the mid-range.
More news