Kinatechs | 2020-02-14 09:35:11 | Source: Xiaomi
Xiaomi unveiled two high-end mobile phones, the Xiaomi Mi 10 and Xiaomi Mi 10 Pro, at an official press conference. Both models have evolved much from their predecessor, but this is reflected in pricing. 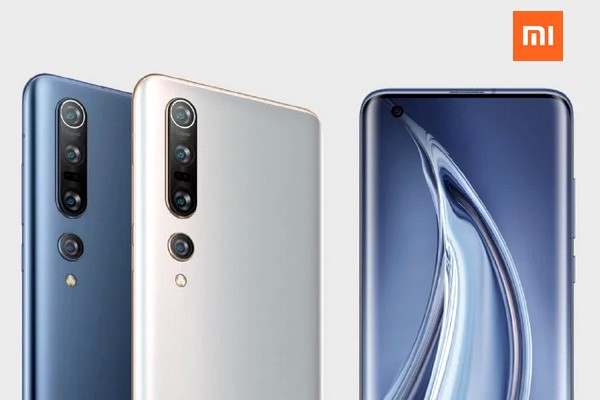 Xiaomi's two premium mobile phones, the Mi 10 and the Mi10 Pro, were unveiled online on the morning of Wednesday, February 13, 2012. The word premium is not just about marketing at the manufacturer, this time it's packed with hands-on design. Of course, both variants come with a Snapdragon 865 system chip and a rounded AMOLED display, similar to rival OnePlus 7T Pro.


The Xiaomi Mi 10 and Mi 10 Pro are very similar in appearance, with the entire enclosure rounded, with the front-facing camera in the upper left corner of the display, and the rear on the left with four different imaging features aligned.
Compared to the Xiaomi Mi 9 mobile, the size of the screen around the display has been reduced from 3.6 millimeters to 3.32 millimeters. That is not a big change, but it is enough for the manufacturer to put a larger publisher in the new models. 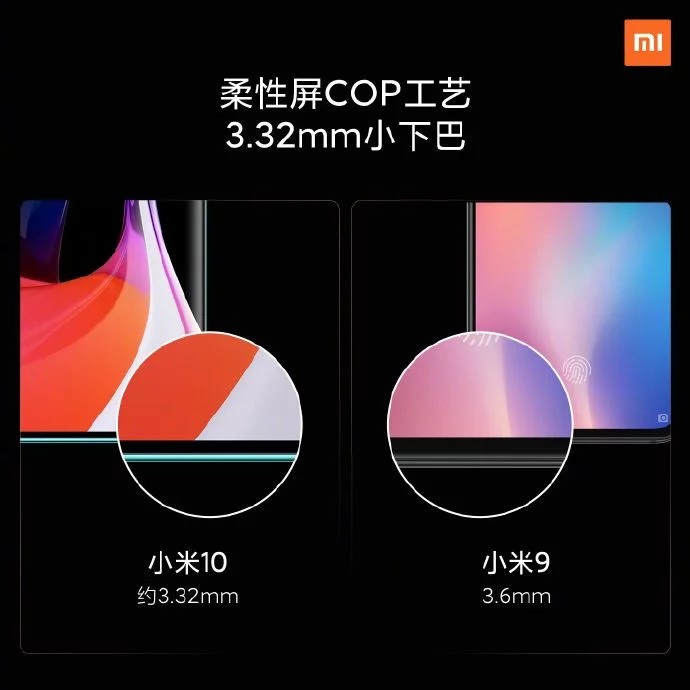 The Xiaomi Mi 10 and Mi 10 Pro both feature a 6.67-inch rounded AMOLED display with HDR10 + support, with 90Hz refresh rate and 180Hz touch sampling rate. With a panel brightness of almost 1,200 Nits and a contrast ratio of 5 million to 1, image quality is not a problem.
The automatic brightness is adjusted using two light sensors, one on the front and one on the back. As a result, both models are able to determine light data much more accurately than its predecessors, whether indoors or outdoors. The 6.67-inch display of the Xiaomi Mi 10 Pro has excellent color accuracy, has a Just Noticeable Color Difference (JNCD) of less than 0.55, and boasts a 1.1 delta E, which is better than the current high-end iPhone 11 Pro Max or Mate 30 Pro 5G values.

Both Xiaomi phones come with 7nm manufacturing technology, an 8-core Snapdragon 865 and the accompanying Adreno 650 GPU, with up to 12GB of LPDDR5 memory and 512GB of UFS 3.0 internal storage. Thanks to the new Snapdragon chip, the devices support 5G frequencies (both SA and NSA) as well as Wi-Fi 6, which provides speeds of up to 9.6 Gbps. Thanks to its high specs, the Mi 10 is capable of approximately 585,000 Antutu points in the popular Benchmark application.

The Xiaomi Mi 10 features a single-sided, dual-linear 1.00cc stereo speaker, which the manufacturer claims is capable of delivering great sound to users. The Mi 10 Pro adds a little more, and we have a 1.2cc stereo speaker on both sides of the device. The press conference also featured a DxOMark sound test comparing the Mi 10 Pro to the flagship of the iPhone and Huawei. Unsurprisingly, the winner became the manufacturer's flagship mobile, the Mi 10 Pro, gaining DxOMark's current highest mobile score in this test, which cut off its first ever Mate 20 X 5G.

High performance also comes with high heat dissipation, which is why Xiaomi has built one of the most efficient cooling technology, liquid cooling, under the backside, which keeps the mobile nearly 10 degrees cooler than previous Xiaomi top models. The Mi 10 Pro is currently the highest photographer DxOMark mobile in the market with its 124 points. That's a bit, but it's better than the rumored Huawei Mate 30 Pro 5G.
Both Xiaomi models offer 8K video recording with optical and electronic image stabilization. Like the Mi 9, the 10 Series features artificial intelligence that automatically detects various locations for photographers and adjusts camera values accordingly.

It is also a novelty that you can save photos in the new HEIF format, so you can even halve the size of a digital image in storage space. The camera software has got a special document and ID scanning mode that can digitize even shaded sheets of paper in high quality.

Unfortunately, as expected, like other manufacturers, Xiaomi has raised its introductory prices for this year's top models. Even the cheapest 8GB/128GB model costs 3999 yuan, about $575. The most expensive model, the 12GB/512GB Mi 10 Pro, is already asking for nearly $860 in China. 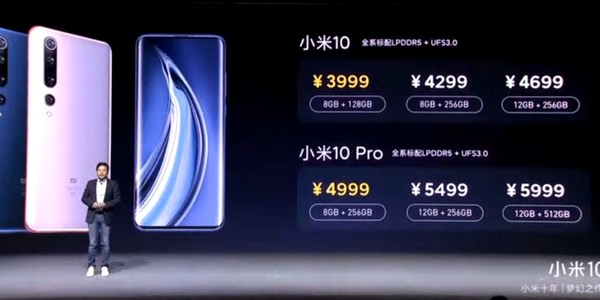 All models and prices in China:

The company would have planned a European presentation for this year's Mobile World Congress (MWC 2020), but since the programs were canceled yesterday, residents of the old continent have yet to wait for a local official announcement.
More news