UMIDIGI F2 will be released on September 23rd

The UMIDIGI F2, the follow-up to the very successful UMiDigi F1, will be revealed in next week on September 23 globally, the company announced today. As leaked previously, the UMIDIGI F2 will be one of the first Android 10 phones and will come with punch-hole display as well as 48MP AI quad camera. Now, the new leaked render confirms these specs and reveals more information. 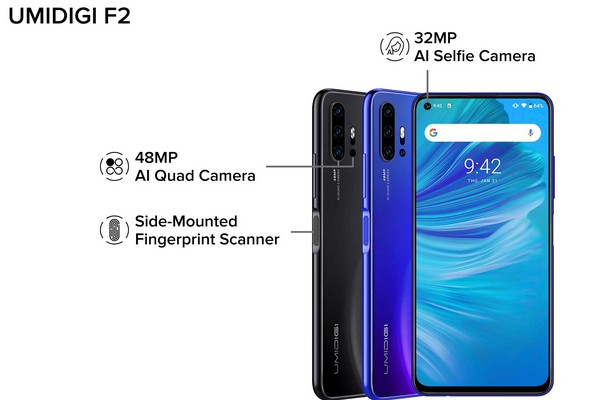 The render shows there will be two colors for UMIDIGI F2 -- Gradient blue and black. And the back cover is expected to have some stunning curved texture even if we can see just part of it. The front camera housed in the punch-hole display indicates that it’s a 32MP high-resolution sensor, which is assumed to be the same flagship sensor Samsung GD1 as Huawei P30 Pro and Honor 20 Pro. On the frame, it reveals that the F2 will use side-mounted fingerprint sensor other than rear fingerprint sensor to make the back cover look more consistent. 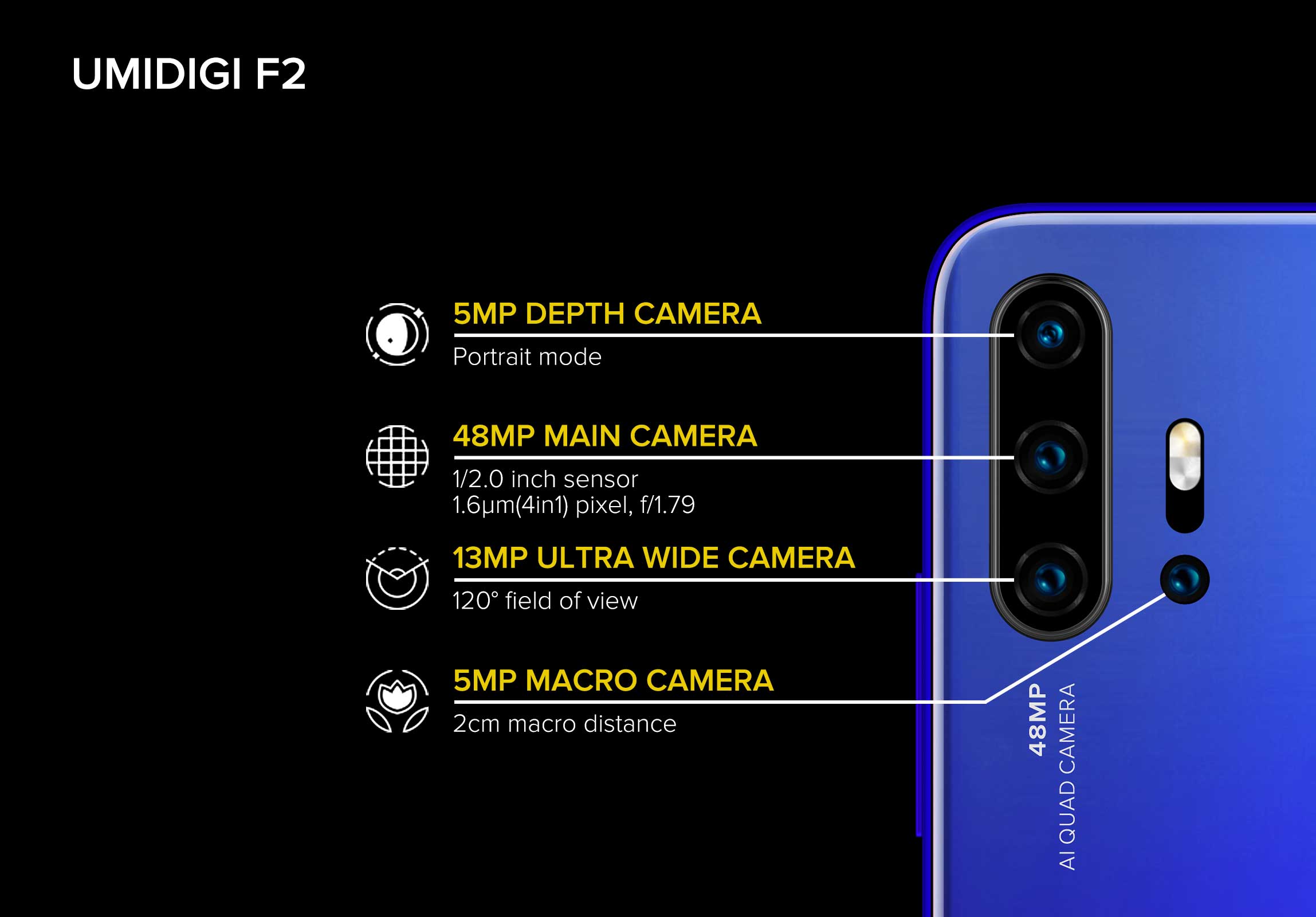 The render confirms the quad camera setup with the 48MP main sensor on UMIDIGI F2 as well. It’s a vertical cutout camera setup with 48MP main + ultra wide + macro + depth lens, according to the previous leak. It’s amazing that the multi-function camera setup is already available in the budget phones and we expect a decent experience on the F2. 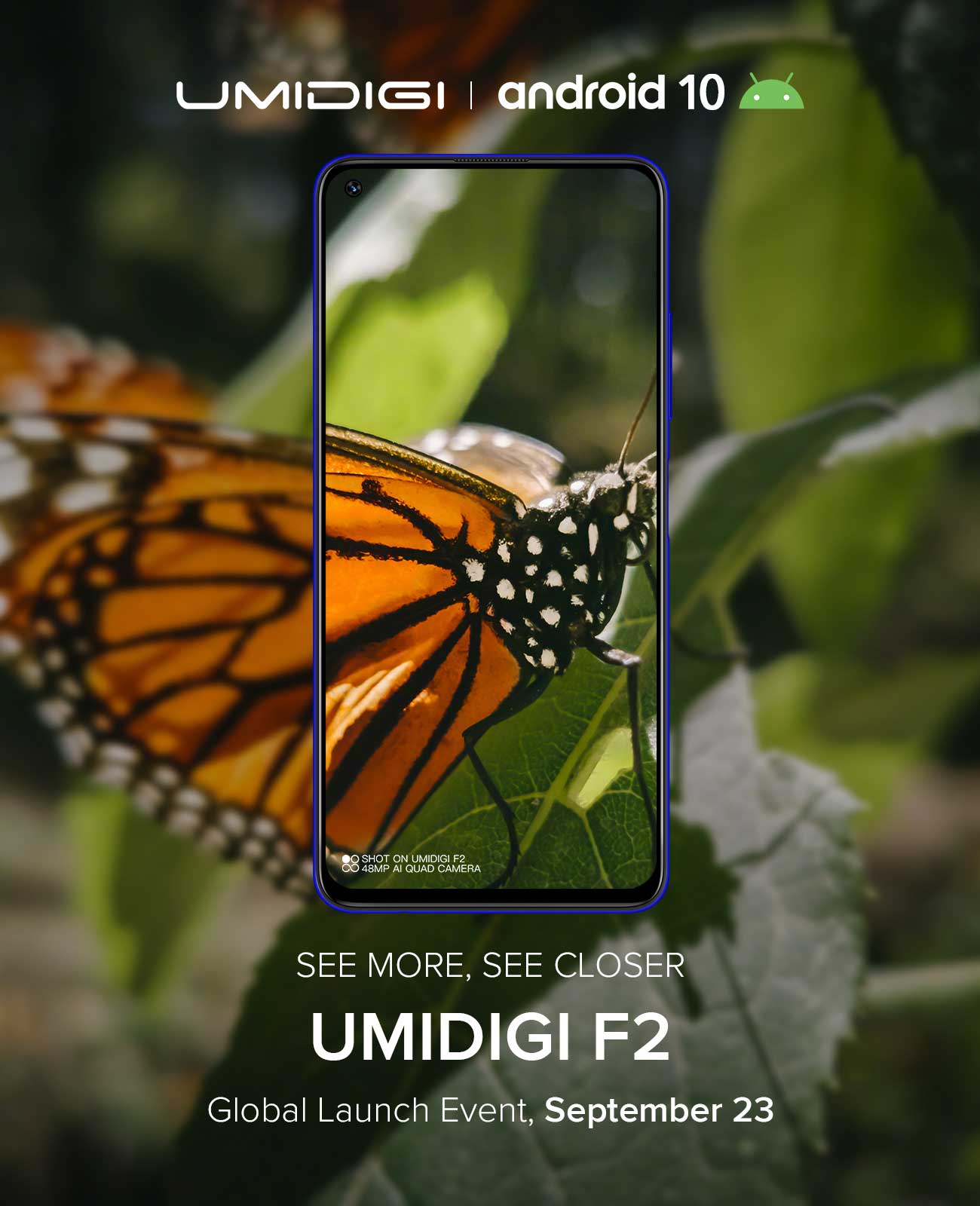 Apart from the specs mentioned above, the UMIDIGI F2 is also expected to come with a big 5150mAh battery, triple slot and 6GB + 128GB according to UMIDIGI’s AliExpress store. We’re waiting for the official announcement on September 23 to find out the full details.