Kinatechs | 2019-10-09 23:44:31 | Source: UMiDigi (Sponsored)
UMIDIGI has officially announced the price of its latest budget flagship smartphone the UMIDIGI F2, which is US$179.99 on limited deal in October 14-16. The device is the successor to the very successful UMIDIGI F1, will start selling from 7 AM GMT October 14 exclusively on AliExpress.

Now the UMIDIGI F2 first look video is just released and you can check it out to learn more. 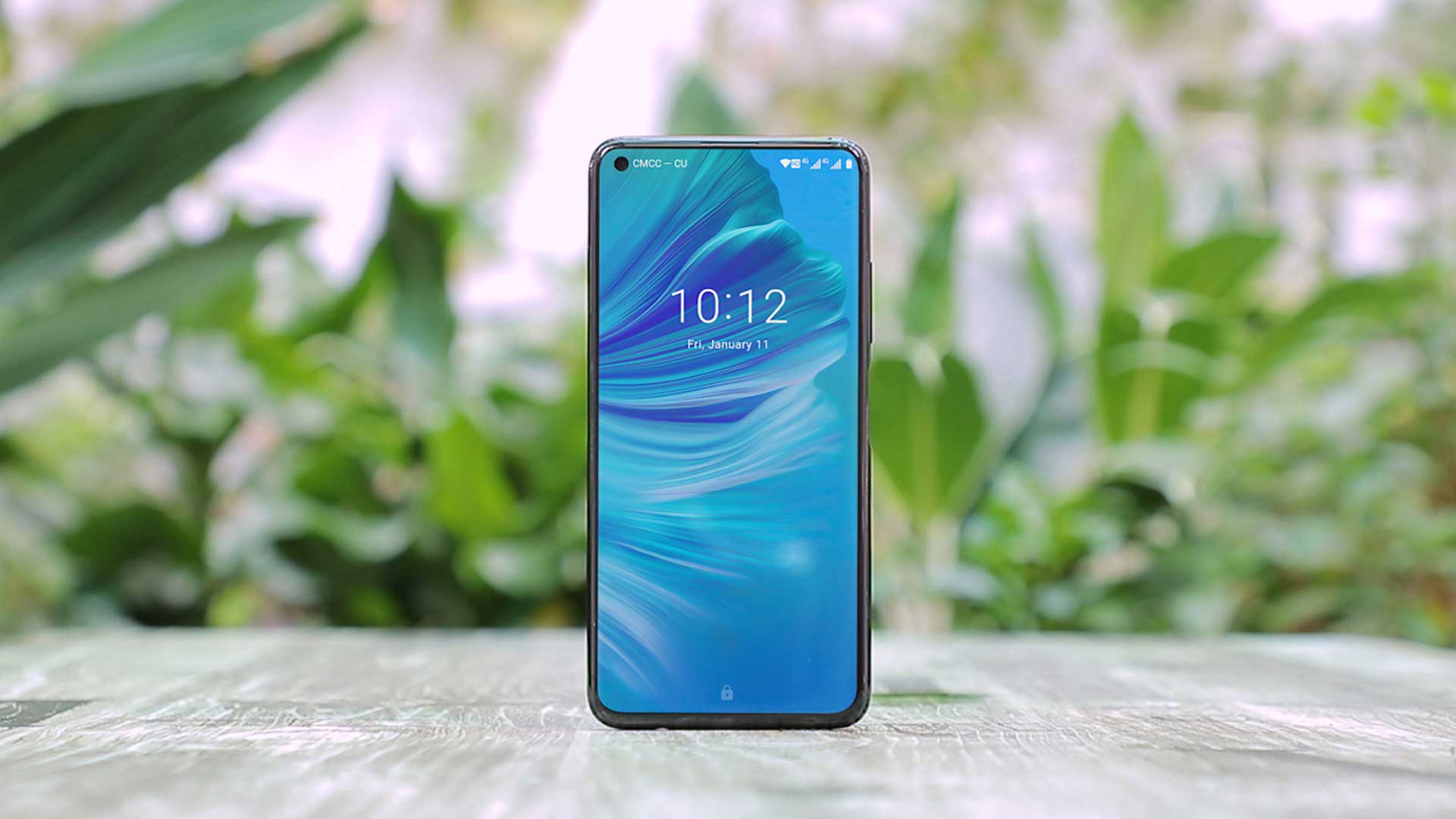 One of the most important UMIDIGI F2 features is the decent quad camera setup. As Xiaomi’s sub-brand Redmi Note 8 Pro also comes with a similar quad camera setup, the Note 8 Pro is the F2’s perfect rival. Considering the overall quality, which one has the higher value for money? Let’s compare the specifications of these two smartphones.

UMIDIGI F2 has a better notch-less design according to my tastes. Both the F2 and Redmi Note 8 Pro are equipped with a 6.53-inch panel with FHD+ (2340x1080) resolution. But the Note 8 Pro comes with a notch while the F2 features a notch-less display with punch-hole design. As we know, the notch-less design is the trend. 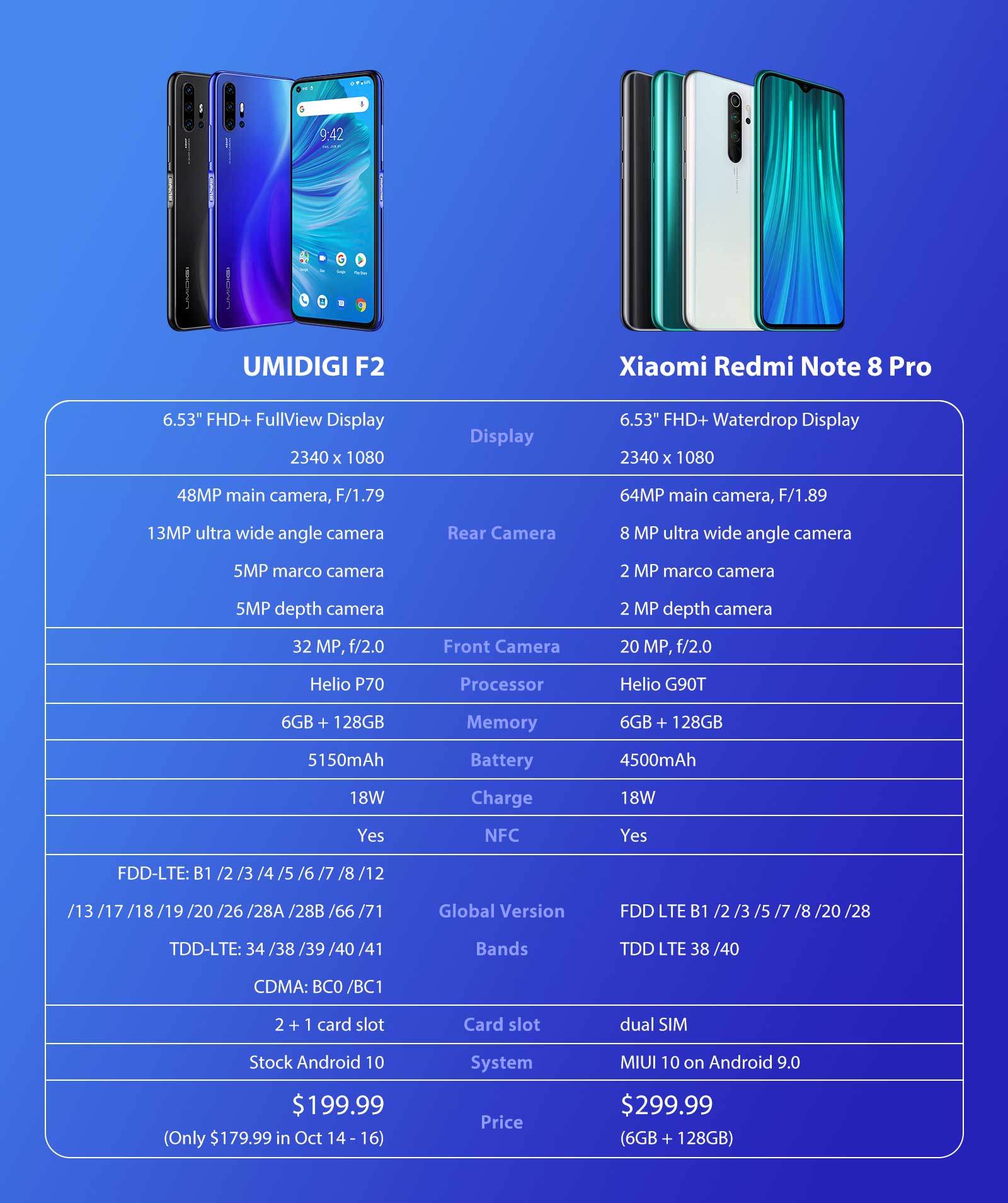 It’s hard to say which is the camera champion of these two phones. For selfie, the UMIDIGI F2 boasts a way better 32MP flagship front camera while the Note 8 Pro’s one is 20MP. One the back, both has a multi-function quad camera setup. The Note 8 Pro sports a higher resolution main camera but the F2 has a better ultra wide camera. 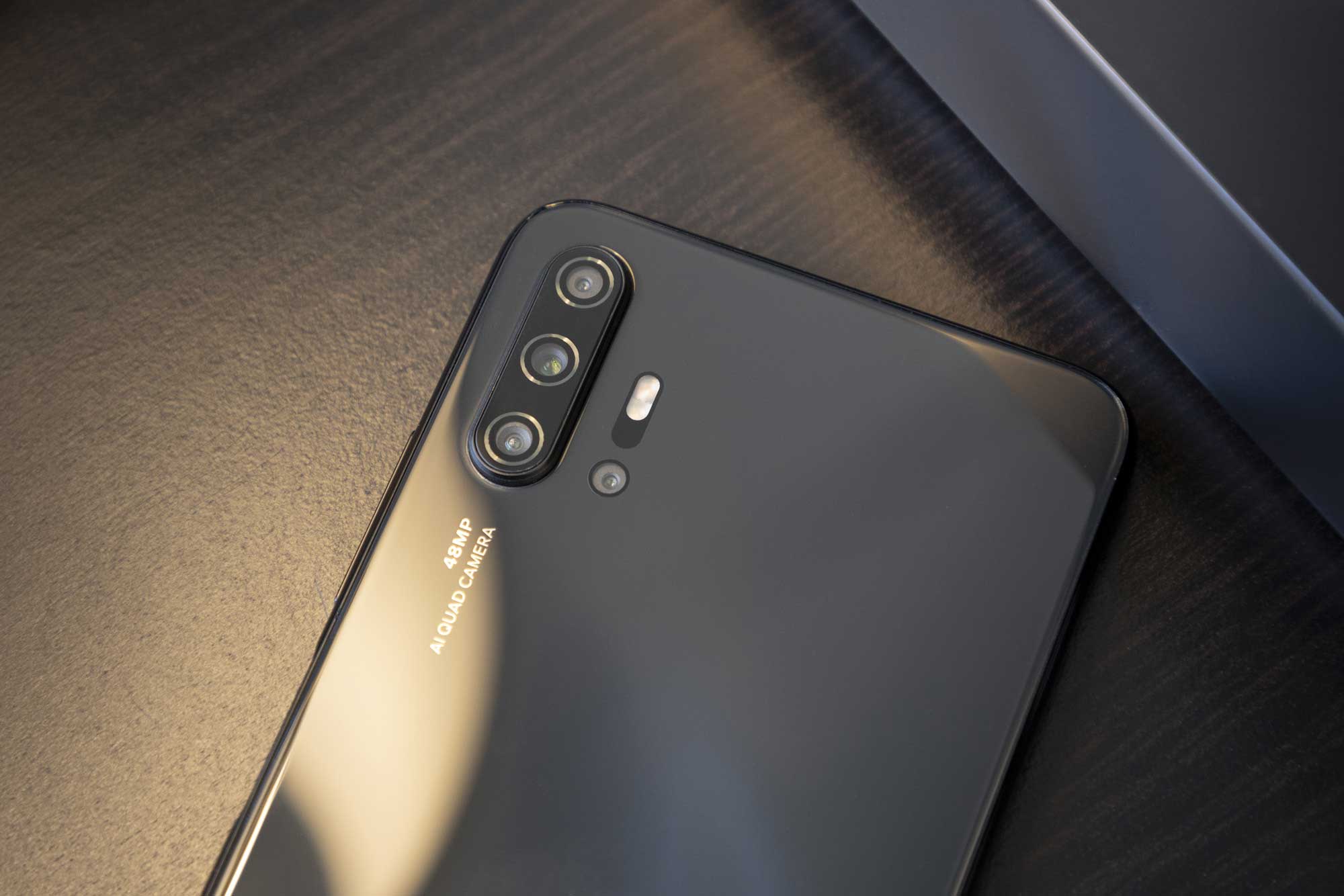 The UMIDIGI F2 comes with 6GB of LPDDR4X RAM and 128GB of UFS 2.1 internal storage, powered by Mediatek Helio P70 chipsets. And the Redmi Note 8 Pro is also powered by Mediatek chipsets, Helio G90T, which is more powerful than Helio P70. But, you should consider memory configurations. With the same 6GB + 128GB, you need to pay more than US$100 for Note 8 Pro.

In terms of battery, the UMIDIGI F2 has a bigger battery(5150mAh) than Redmi Note 8 Pro(4500mAh). Both phones support 18W fast charge as well as NFC for Google Pay. 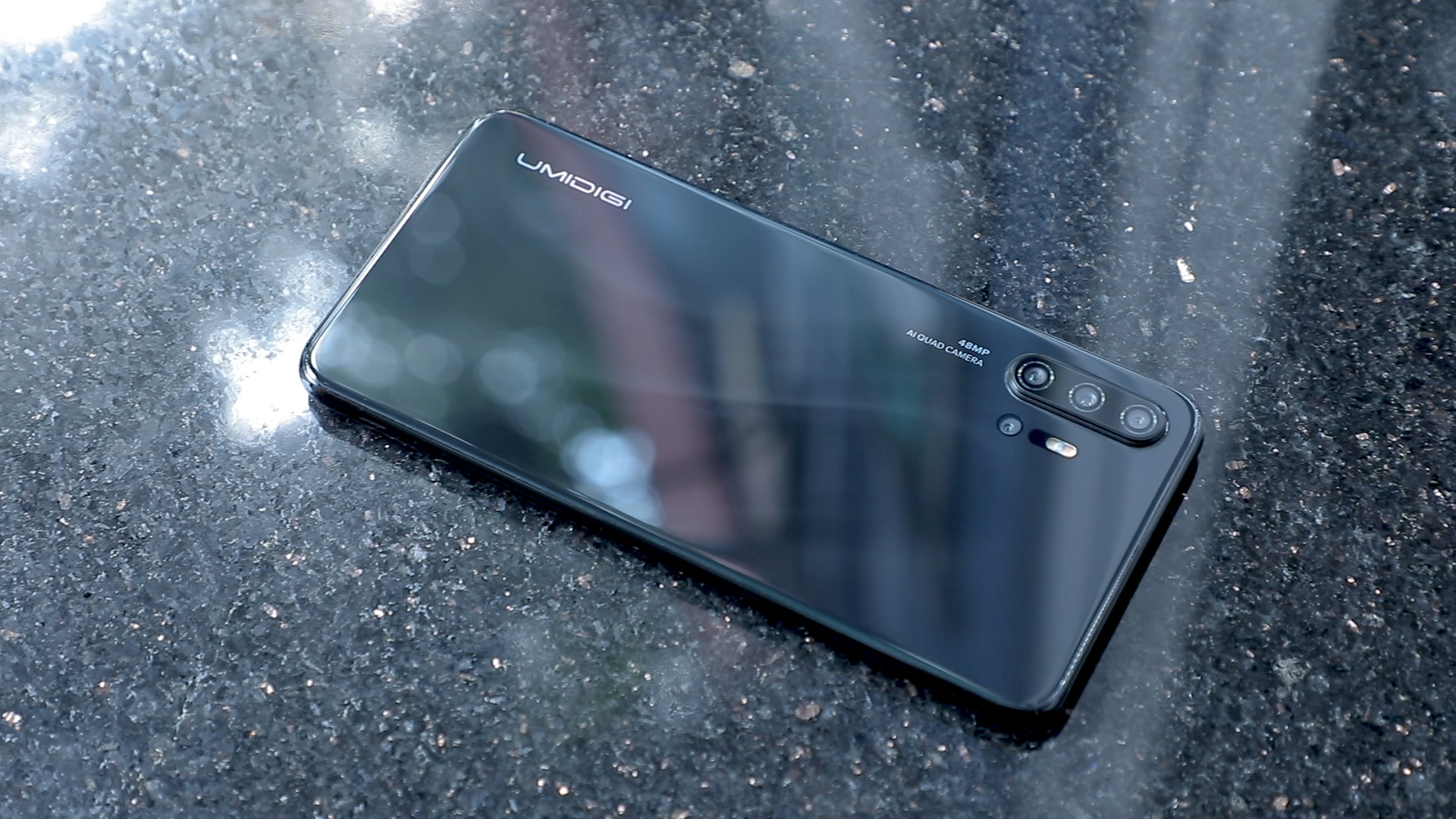 Black, White, Blue, Red… Are you tired of monochromatic color for the back of your smartphone? Most phone makers like Apple took far too long to realize that smartphone colors really matter to consumers, and only recently began wooing them with fancy-sounding hues like Midnight Green or Space Silver. No wonder most people obscure their phones' rear panels in opaque plastic. At least with cases, you can customize them to give your device a little individuality. 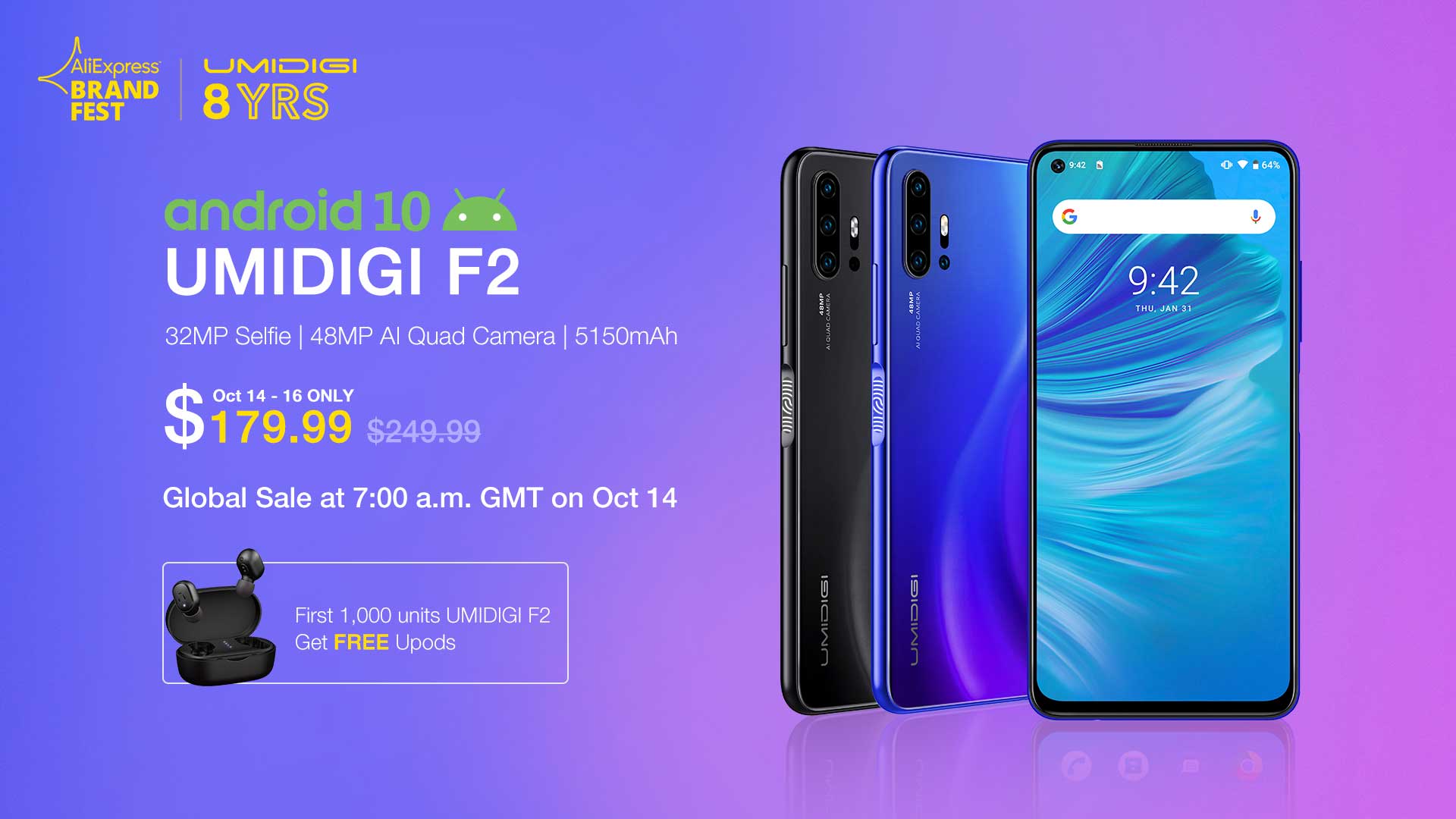 But, the new UMIDIGI F2 will make you want to risk going caseless. The UMIDIGI F2 features the company’s all-new “Holographic Design”, which is an industry-leading craftsmanship that is not easy to find in the budget segment.

To achieve this 3D shimmering optical illusion, UMIDIGI designed its UMIDIGI F2 with a depth layer containing millions of shimmering, microscopic prisms with curved textures, and on top of that, a 2.5D curved glass layer. Combined together, these cause light to dance across the back of your phone as you move it around.

Beneath these dynamic glass layers, you'll find two colors for the UMIDIGI F2: Phantom Blue and Midnight Black. Descriptors like "Phantom" and "Midnight" are actually fitting — these phones' color gradients really do evoke the appearance of a dynamic pattern or a twinkling night sky.

Only a few devices now come with the latest Android 10 OS, and UMIDIGI F2 is one of them. What’s more, the F2 comes with the stock Android 10 without ads and bloatware. Redmi Note 8 Pro features MIUI 10 based on Android 9.0.

You can find out the full specs of F2 and you can buy it from official Aliexpress Store.