Kinatechs | 2020-08-06 01:33:42 | Source: Ulefone
The recently released latest Ulefone rugged phone, the Ulefone Armor 9, has been a real success as it is the manufacturer’s first thermal camera mobile phone. The manufacturer presented in a short video what the FLIR thermal imager in the Armor 9 phone is capable of.

A few days ago, we introduced you in more detail, the pioneering member of the Armor series, the Ulefone Armor 9, which replaces last year’s Ulefone Armor 7 in the series. The special mobile phone can already be ordered from the Banggood store for an introductory price of $449.99. 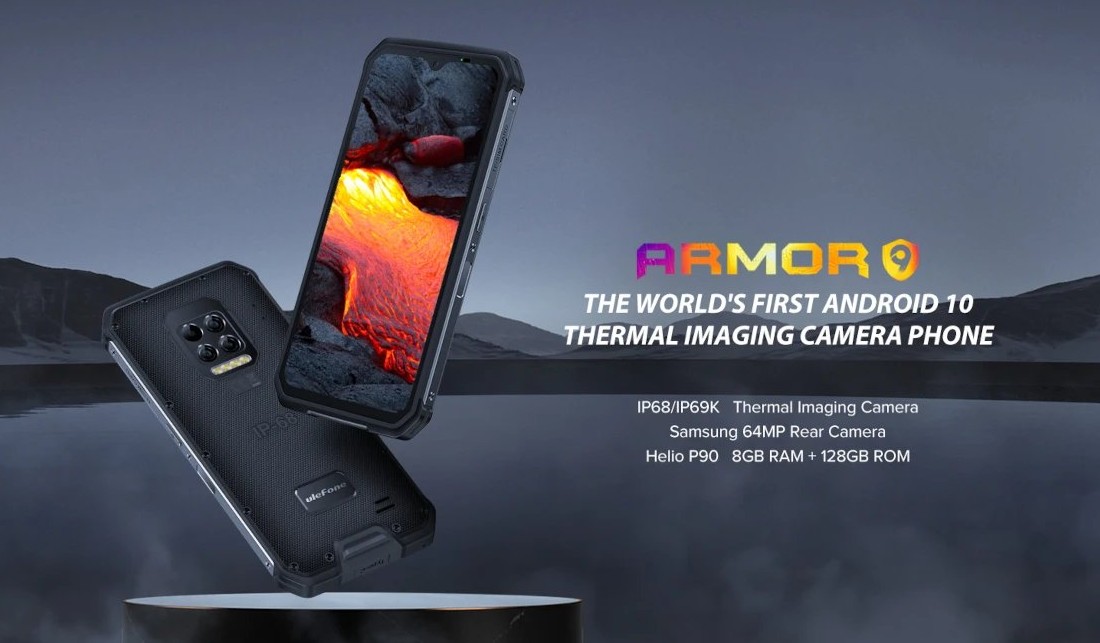 Video recorders scan the pipe system in the basement of a house with the two cameras. It is clear from the video that the thermal imager in the Ulefone Armor 9 phone works perfectly. The FLIR Lepton camera produces detailed thermal images in the pre-installed MyFLIR application thanks to advanced MSX (Multi-Spectral Dynamic Imaging) technology. The image of the thermal camera can be seen together with the image of the back camera, so it is much easier to identify the location of objects.
Compared to the FLIR E4, it is much easier to operate your Ulefone phone: the displayed image can be seen on a much larger 6.3-inch FullHD + resolution display, and on the other hand, setting the measurement points using the touch screen is extremely fast. With the help of the MyFLIR application, we have a lot of additional settings, in addition to which we can take photos, videos or even time-lapse recordings.

In addition to thermal imaging capabilities, Ulefone’s latest handset has a number of excellent features that make it one of the best value-for-money phones on the market today. The buff-strong exterior has won almost all kinds of standardized recognition: IP68 / IP69K and MIL-STD-810G. The phone is not light, but among the rugged phones, it weighs an average of 324 grams. Due to the large display and thick cover, it is not small (168.2x82x15 millimeters), although this finding is true for most mobiles on the market. 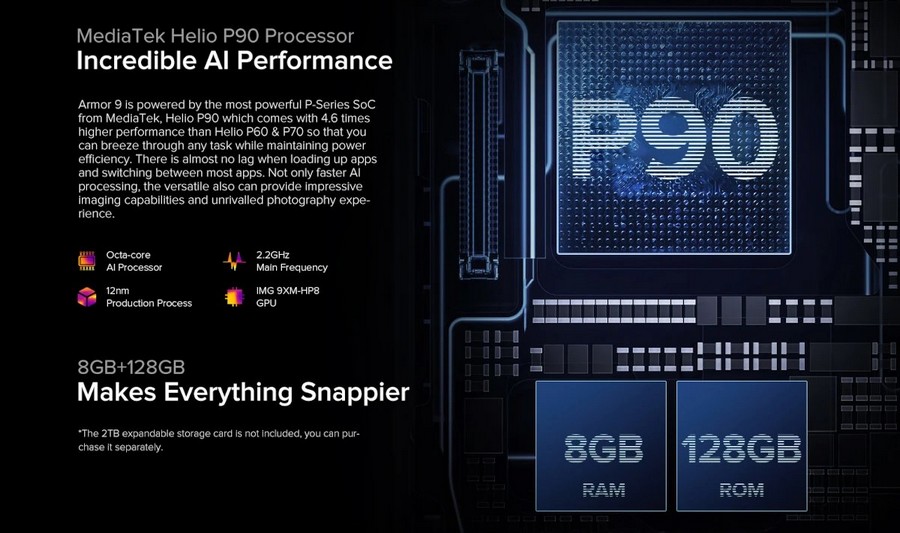 The rugged enclosure features an ultra-powerful, eight-core MediaTek Helio P90 system chip with 8GB of memory (LPDDR4X) and an ultra-fast (UFS 2.1) 128GB expandable storage. This configuration already goes far beyond the concept of everyday use, and thanks to the IMG PowerVR GM9446 graphics processor, it also runs well for gaming.
Development has also reached the cameras, in addition to the FLIR thermal imager unit already mentioned, we find a bright 64 megapixel Samsung Bright S5KGW1 sensor (0.8μm, 1/1.7", f/1.82), a 5 megapixel imager, which is the auxiliary camera of the FLIR unit, or a 2 megapixel depth sensor module.
Underneath the cameras, a flash of four LEDs, already seen at Ulefone Armor 7, has been added, which can even be used as a flashlight.
On the front panel, slightly hanging from the display, is an 8-megapixel self-contained camera with 5 lenses and an aperture of f/2.2. 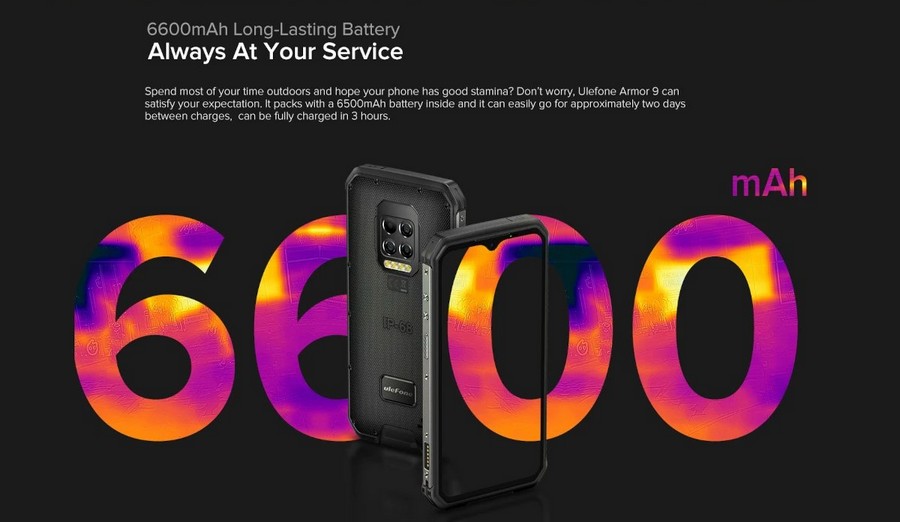 For many users, the Ulefone Armor 9 can be a very good tool for their knowledge, so it is definitely important to endure the whole day even with more serious whining. Well, the 6600mAh battery has plenty to do, and thanks to the power-saving processors and the Anrdroid 10 system, a two-day run isn't uncommon. According to the manufacturer's data sheet, a single charge can result in 42 hours of talk time or 510 hours (~ 3 weeks) of standby time.
Fortunately, you don't have to do without a cell phone for a long time after discharging, as with the help of the 18W quick charger, it only takes three hours to fully charge.
It is important to note that Ulefone Armor 9 is primarily designed for the international market, so the installed, ad-free, multilingual Android 10 operating system can be configured for almost any language in the world. Of course, the same is true for wireless services. In the field of mobile networks all over the world, it can be used anywhere without any problems, it manages all domestic 3G and 4G LTE frequency bands, including the B20, excellently. The device supports Bluetooth 5.0 and dual-band Wi-Fi systems, as well as NFC, which allows you to pay without contact.
You can currently order the Ulefone Armor 9 mobile phone from several well-known foreign online stores. It is currently the cheapest you can get from the Banggood store for $449.99.
You can access the promotion from our site, the Banggood store or directly by clicking on the following link:

Here are some more stores where you can buy the Armor 9: