Kinatechs | 2020-08-18 01:17:38 | Source: Ulefone
Ulefone’s latest rugged mobile phone, the Ulefone Armor 8, was unveiled at an extremely affordable price, and, unlike the recently released Ulefone Armor 9, was aimed more at users with tighter wallets.

The phone is a great example of finally getting the right hardware at an affordable price for a phone that is also extremely durable.
The Ulefone Armor 8 rugged phone is equipped with a 6.1-inch HD (720x1560 pixels) resolution and a 19.5: 9 display. As usual with Ulefone mobiles: it is also IP68 / IP69K rated, ie water, shock and dust resistant. It has also received the MIL-STD-810G military standard, which guarantees that the phone will remain functional even in extreme weather conditions. 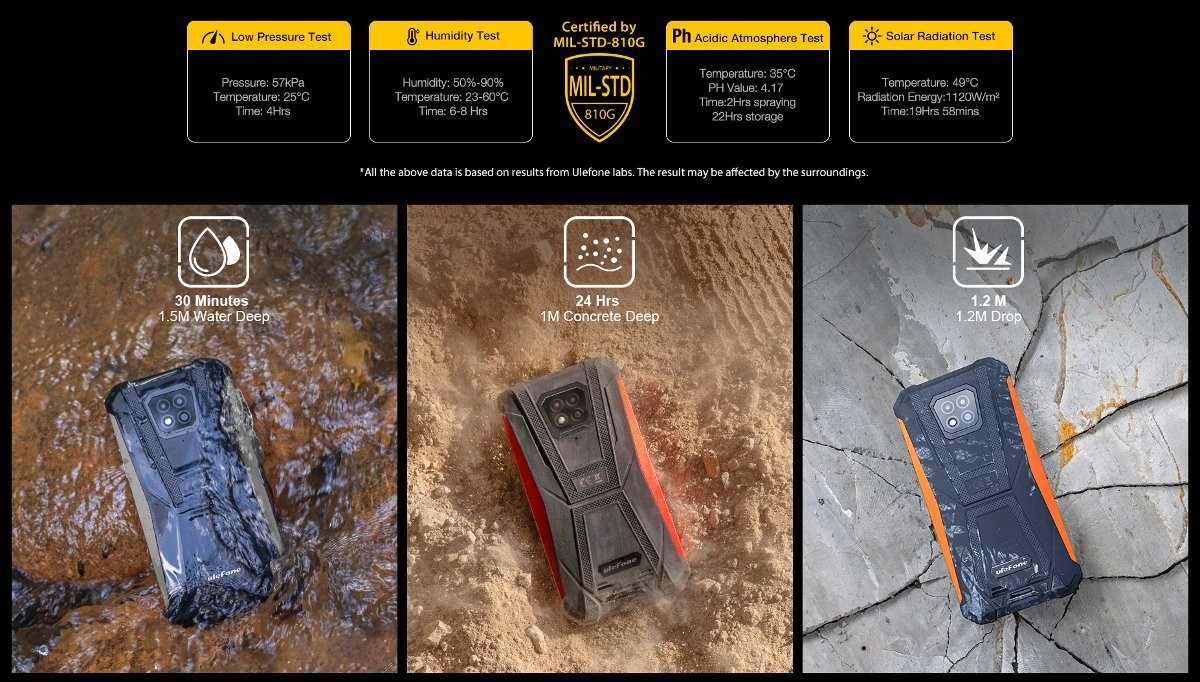 This time, the manufacturer conjured a really eye-catching look for the new Armor mobile phone, which is especially true on the back cover, where they also tried to build the pattern and placement of the cameras around the number eight.
The function key already known on Ulefone rugged phones can also be found on this model, on the left side of the device. With the default setting, the separately available button allows you to use, for example, Zello, which is actually a digital walkie-talkie. If you do not have enough pre-assigned functions or want to replace them, for example to launch a selected application, you can do all this quickly in the phone settings. 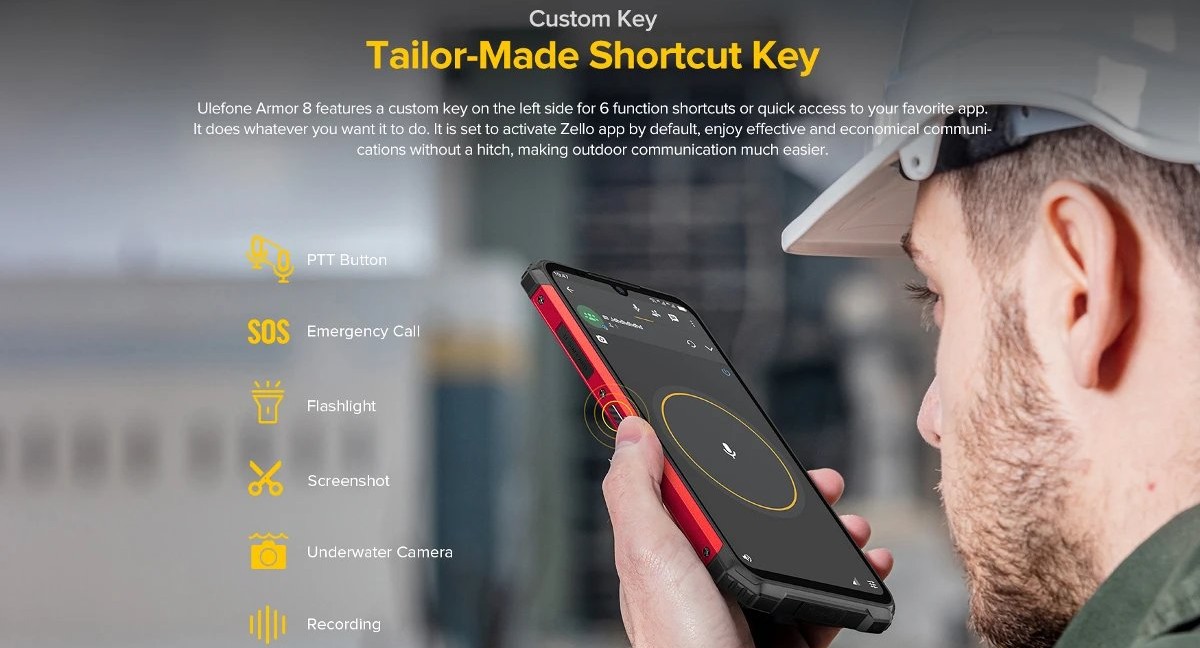 Under the cover is MediaTek's eight-core Helio P60 system chip, with 4GB of internal memory and 64GB of storage. Thus, its performance is ample, it can be said to be particularly good in the middle category. Priced at $140, the Armor 8 mobile is one of the cheapest phones on the market with the Helio P60.
In terms of photography, the mobile is average, as the 16-megapixel f/2.2 sensor comes with only a 5-megapixel macro unit. The third, two-megapixel module cannot be used separately, it is a depth sensor. The resolution of the front camera, presumably regardless of the version number of the phone, is 8 megapixels. 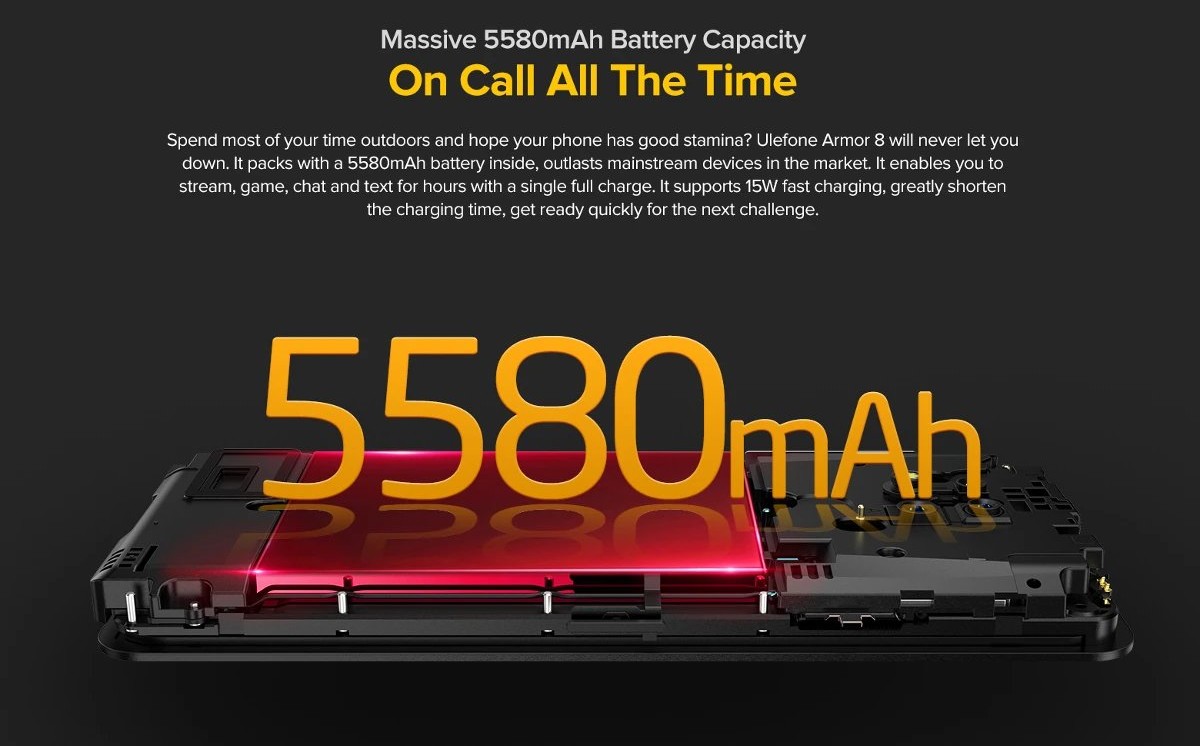 Among the features is the relatively large 5580 mAh battery with 15 W fast charging option, with which, under average conditions, up to 2-3 days of operation can be achieved.
In addition, there is Face ID, a fingerprint reader, an accurate positioning system (GPS + Glonass + Galileo), a multilingual Android 10 operating system, and international mobile network support. 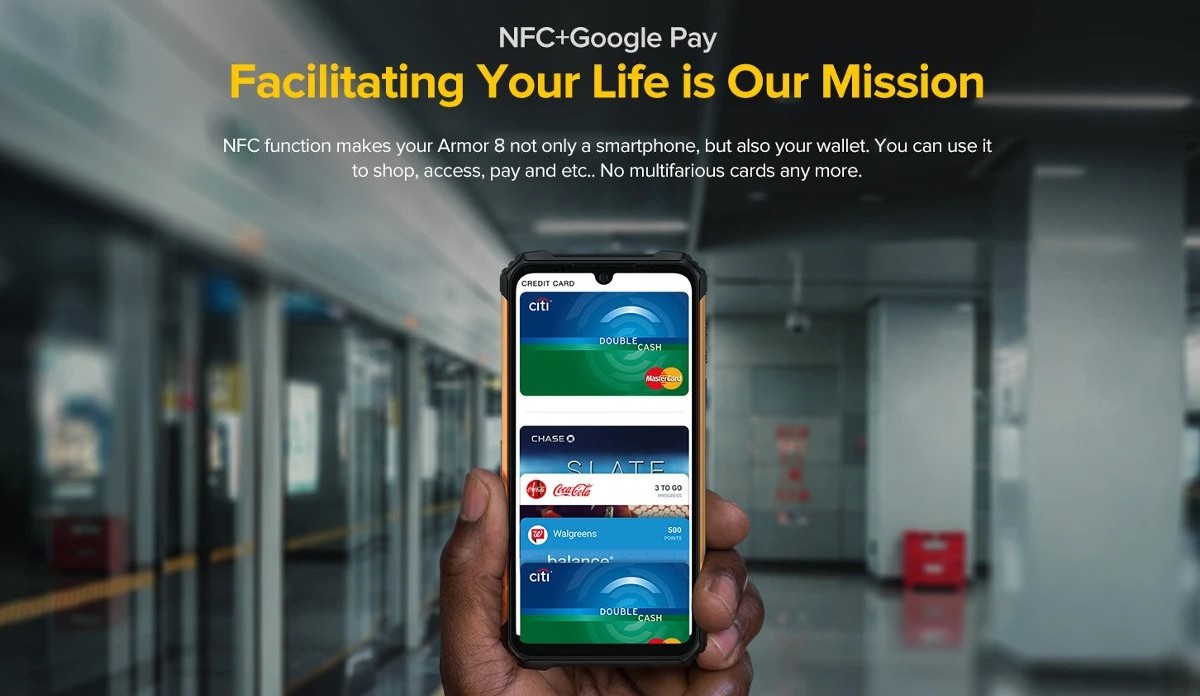 Fortunately, more and more mobiles, including Armor 8, also support wireless NFC technology, making it possible to access either Google Pay or other contactless payment options.
The new Ulefone mobile could be a great opponent in the future for the Oukitel WP6, which we also wrote about on our site recently.
The Ulefone Armor 8 is currently available in an introductory promotion for $139.99 from the Banggood store. However, this price is only valid for the first 500 orders, after which you will be able to get the excellent rugged phone for as little as $149.99.
You can find Banggood's promotion here:

Finally, a short video about the latest member of the Ulefone Armor series: