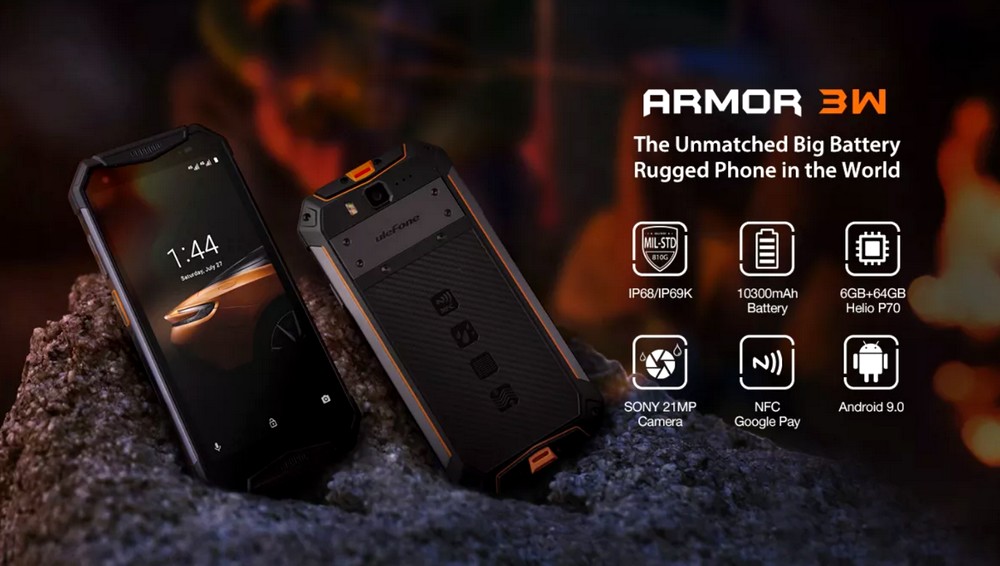 
The manufacturer didn't think too much when he created the Armor 3W and 3WT phones, actually grabbing the last four mobiles, gathering their best features and putting them all together in one product.
The Ulefone Armor 3W looks almost identical to the Ulefone Armor 3 launched earlier this year. The 5.7-inch FullHD + display is surrounded by a reinforced aluminum alloy frame. Thanks to its robust construction, we don't have to worry about water, dust, mud and smaller drops (up to 1.2 meters).
The mid-range MediaTek Helio P70 delivers superb performance, proven in the Ulefone Armor 6e. The 8-core Helio P70 system chip, operating at up to 2.1 GHz, is plenty to run most applications and games without problems. If compared to Snapdragon processors, the P70 would be approximately one Snapdragon 660 at the same level. 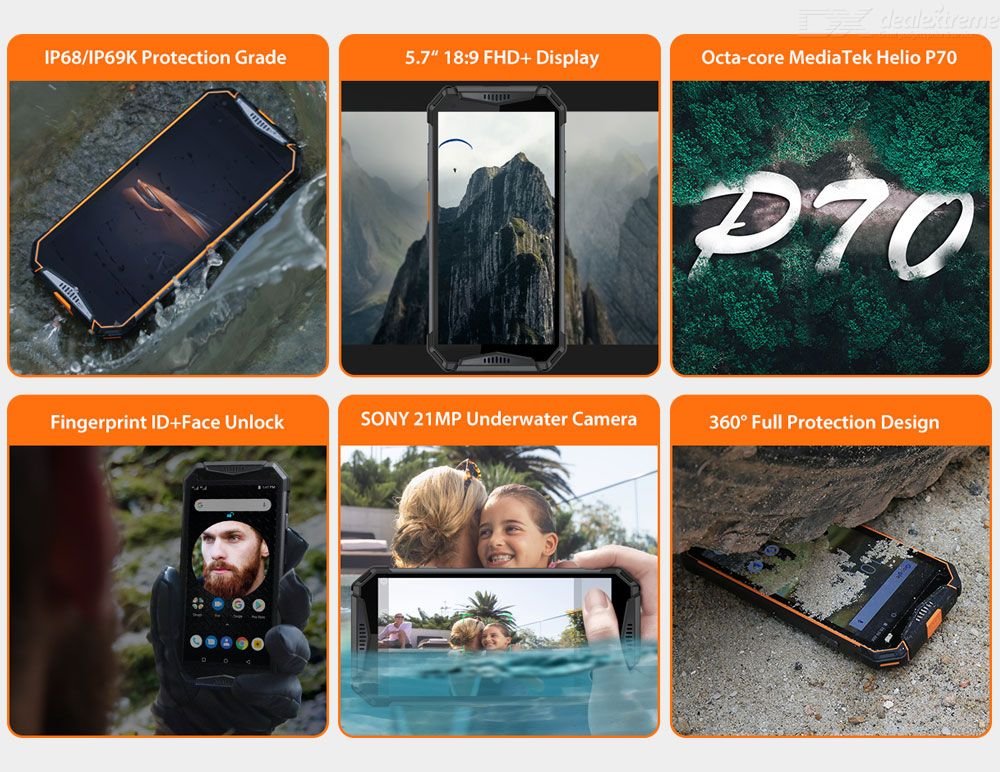 With a 10 300 mAh battery underneath the back panel, the mobile works for days without having to reach for the charger. In the past, a huge battery could have been charged for up to half a day, fortunately thanks to today's fast charging (18W) technologies, this time is reduced to just a few hours.
Ulefone has released an official video demonstrating the long battery life capabilities of their latest device, which you can watch now:


The video test clearly shows that the 10300 mAh battery and the highly efficient Helio P70 system chip performs well. With two hours of continuous mixed use, battery life was reduced by just 8 percent, while testers (phone, music, video and online PUBG gaming) tried almost everything. With simple math, we can expect approximately 25 hours of battery life with a single charge with similar usage. This can take up to 5-6 days for normal use.
Along with the large battery and the upgraded system chip, we find a 21MP Sony rear camera with an 8MP front panel unit. The Armor 3W phone comes with the latest multilingual Android 9 Pie operating system, installed with the latest security updates.
Another positive feature of the mobile is the presence of NFC with Google Pay support, which can be used for payment without any problems.

The Ulefone Armor 3W is available in two versions, one in 4GB/64GB and one in 6GB/64GB, of which the 6GB is available in pre-order offers from several stores. The promotional price is currently $239.99.
Ulefone Armor 3WT with walkie-talkie and extra antenna is also available at an introductory price, currently $279.99.
You can find the current prices and promotions on our device datasheet, and the current promotion on the Banggood and TomTop store pages: 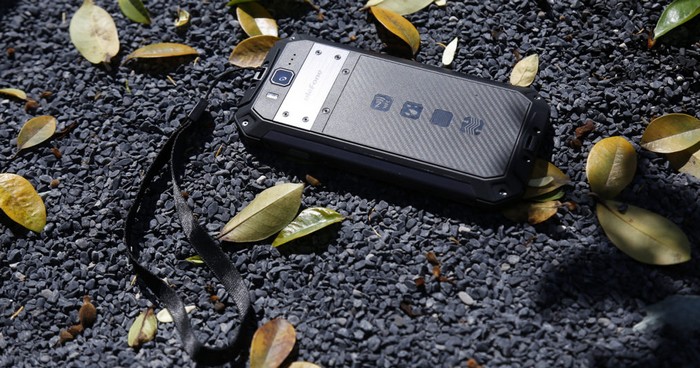