Kinatechs | 2021-03-04 00:18:36 | Source: Ulefone
Ulefone likes to make loud announcements about its phones, and it hasn’t happened any differently with their latest rugged mobile, the Ulefone Armor 11. A 5G  rugged phone with a night vision camera is truly the first in this combination. 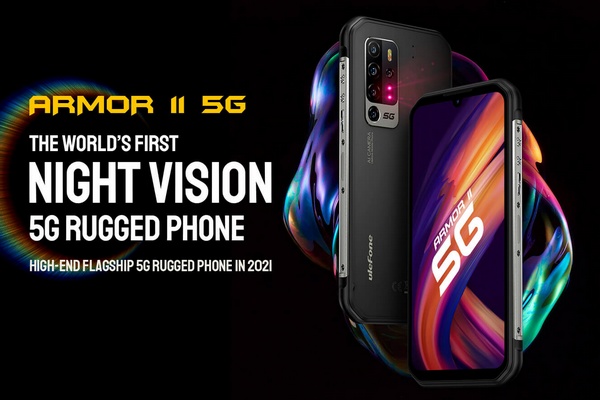 This year will most likely be the year of 5G, with more and more mid-range mobile phones already receiving support from the fastest 5th generation mobile networks currently available, so lightning-fast internet access is slowly becoming available to the average person as well. True, it’s important to add that for now, 5G coverage is in its infancy.

The rugged mobiles already include some 5G devices, such as the Blackview BL6000 Pro, the Oukitel WP10, or the in-house Ulefone Armor 10, all available for around $400.

The Ulefone Armor 11 will line up next to the 5G rugged mobiles listed above and try to win the trust of customers. These mobiles have almost the same parameters, but the Armor 11 is still out of line, thanks to its special night vision camera. 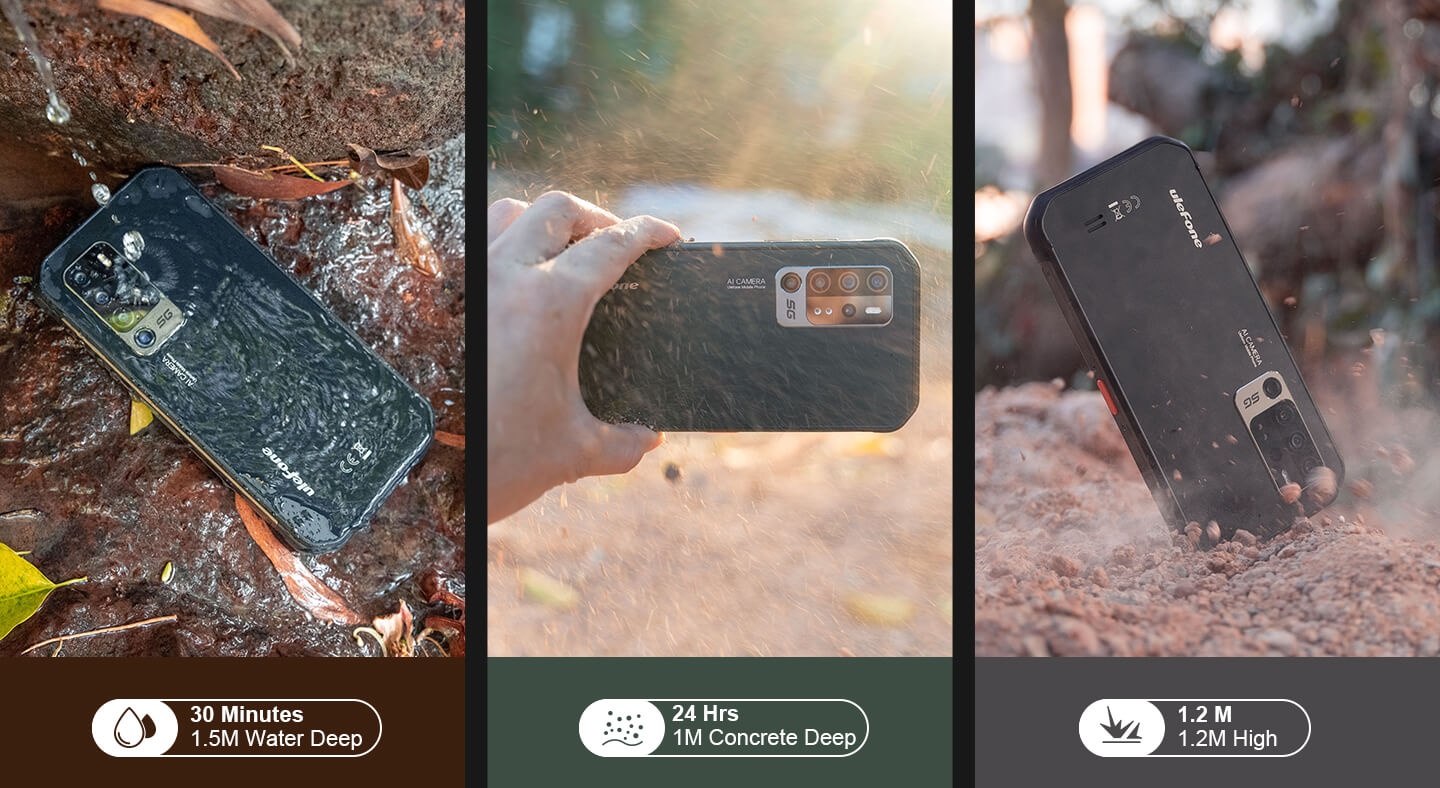 The mobile is equipped with MediaTek’s first 5G system chip, the 8-core, MediaTek Dimensity 800, one of the chip maker’s most powerful products on the market. So we can’t complain about the speed, nor can the included 8GB of LPDDR4 memory and 256GB of UFS 2.1 internal storage.

The Armor 11, of course, has the same standards as previous Ulefone rugged phones, and is water, shock and dust resistant thanks to its IP68/IP69 properties. Its appearance is much more modern than previous Armor phones, not so robust, yet resistant.

On the front panel is a 6.1-inch HD + (720x1560) resolution IPS display protected by Gorilla Glass. The resolution is eye-catching for many, the HD+ resolution is really a step backwards from the previous Armor 10 smart phone, which had a 6.67" size with FHD+ resolution. The advantage of the smaller display is in the size, 163,8 x 81.6 x 14.1 millimeters. 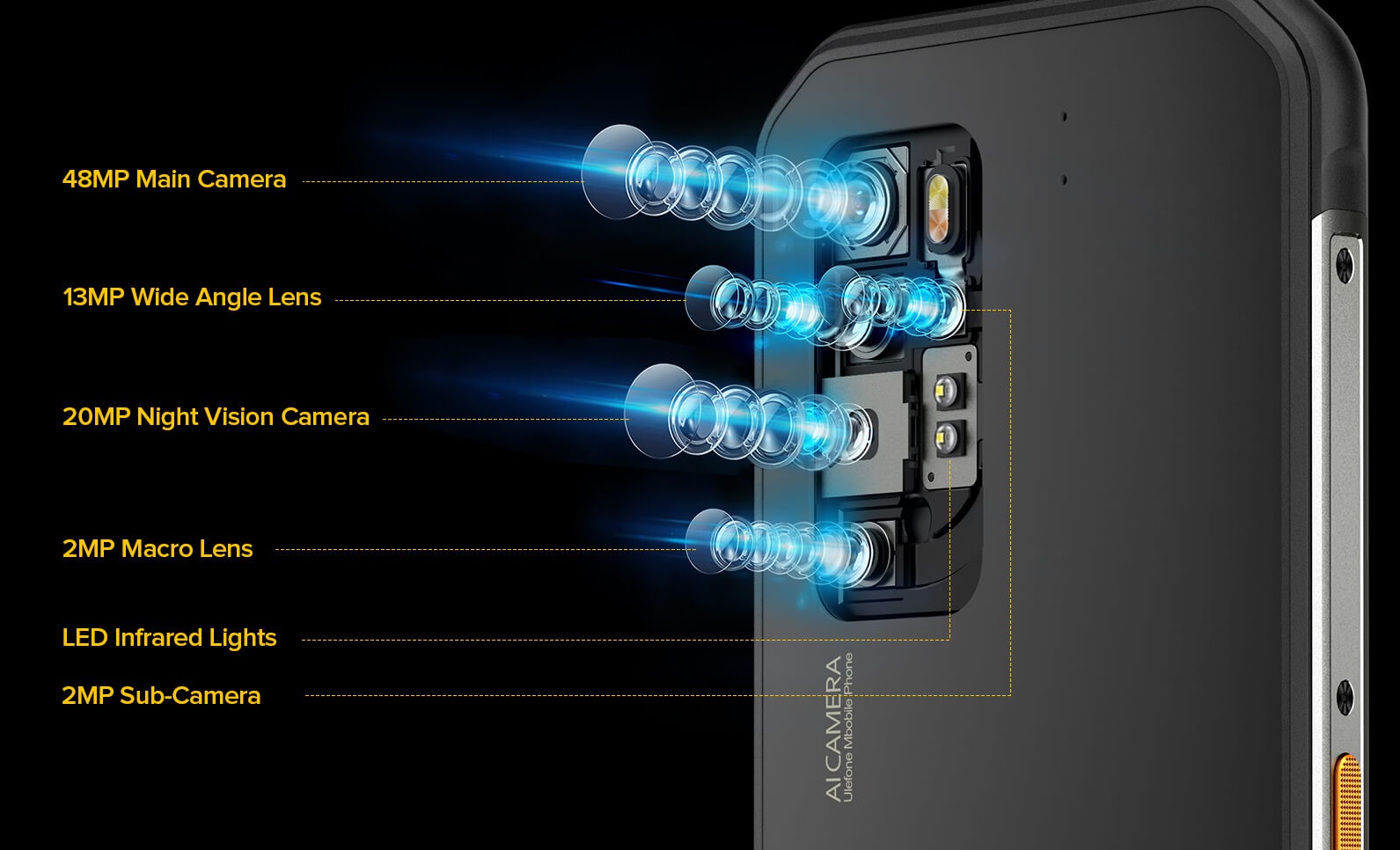 In the upper left part of the back cover is the camera system, which is especially good. I highlight this because, in general, rugged phone manufacturers save a lot of time on the camera so that they can still offer their devices at a reasonable price.
The Ulefone Armor 11 features a total of 5 cameras in a row: a 48 MP main camera with a Sony IMX582 sensor, a special 20 megapixel IR night vision camera, a 13 MP ultra wide angle, a 2 MP macro, and an 2 MP Sub-camera unit. 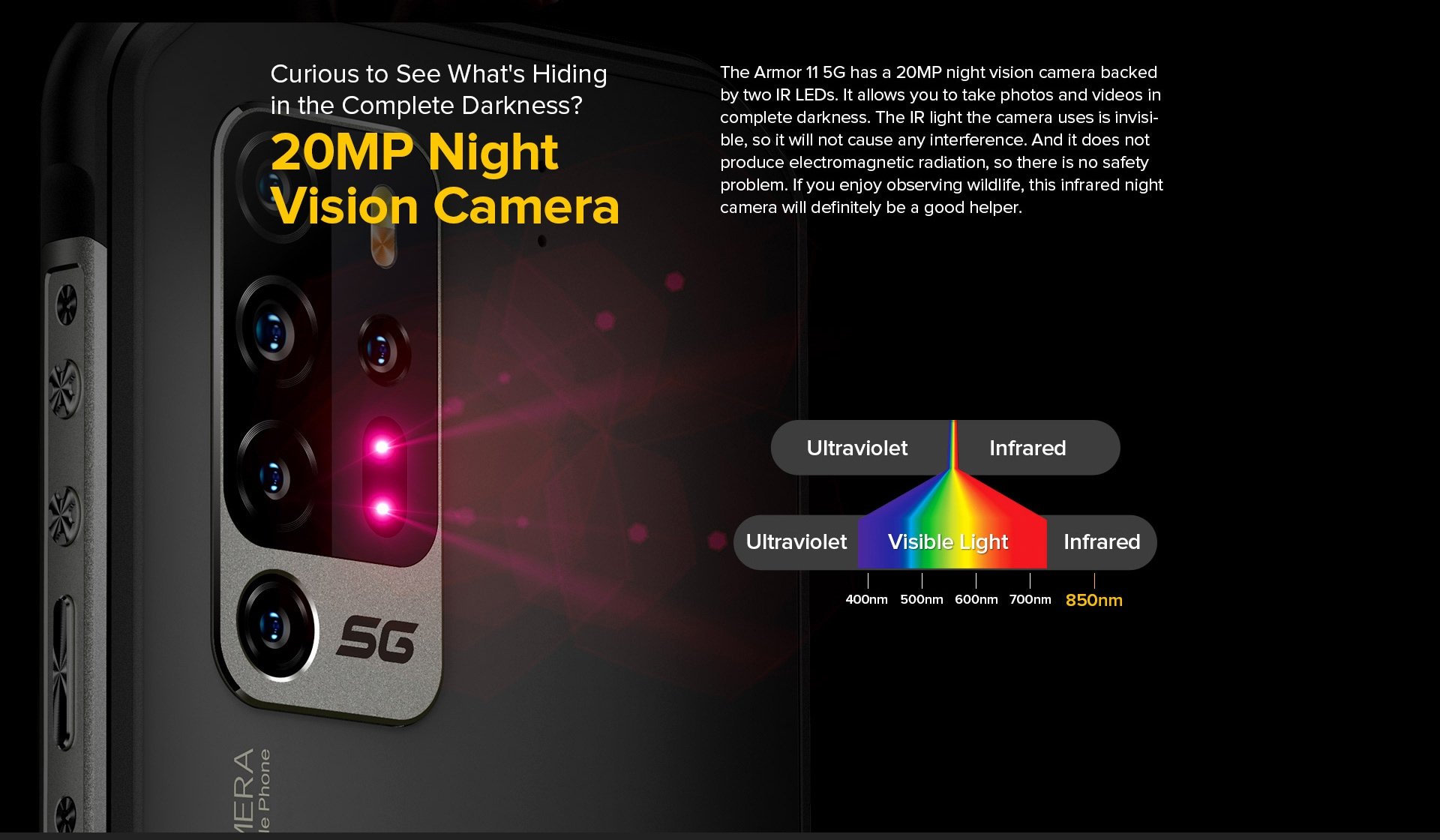 The 20-megapixel night vision camera uses two infrared LEDs on the back that are invisible to the human eye to create images and videos. With the help of the night vision unit, we can take worthy pictures even in complete darkness. Sure, the needle-sharp images in the promotional photos feel a little exaggerated, but they’re definitely good at showing you what kind of grayscale images can be taken with a night vision camera. 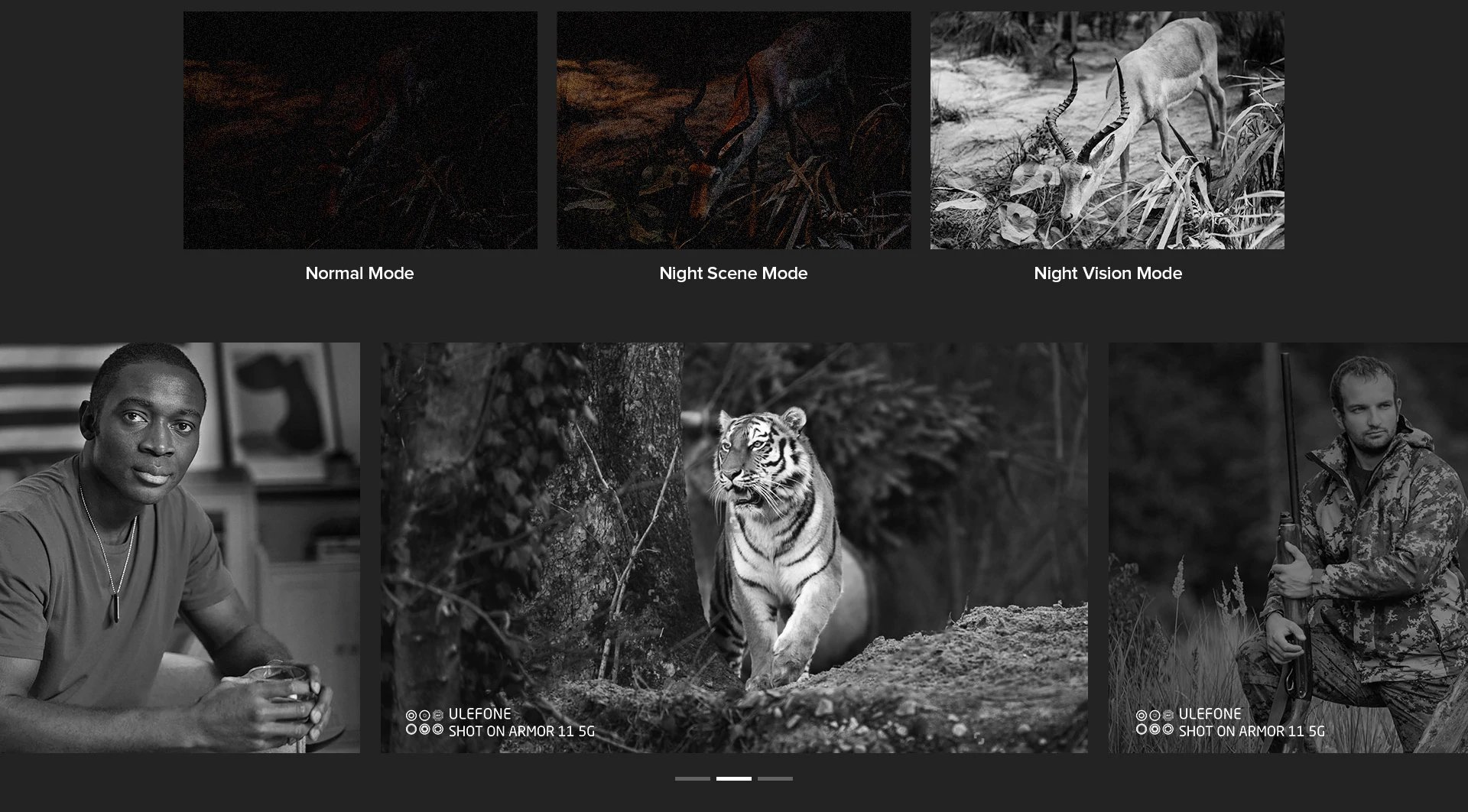 Other outstanding features include the MediaTek Dimensity 800 system chip, which allows the phone to connect to available 5G networks.
In addition to 5G, the latest Armor mobile will of course support all 2G, 3G and 4G mobile frequencies used in Hungary, including the 800MHz (B20) LTE band. 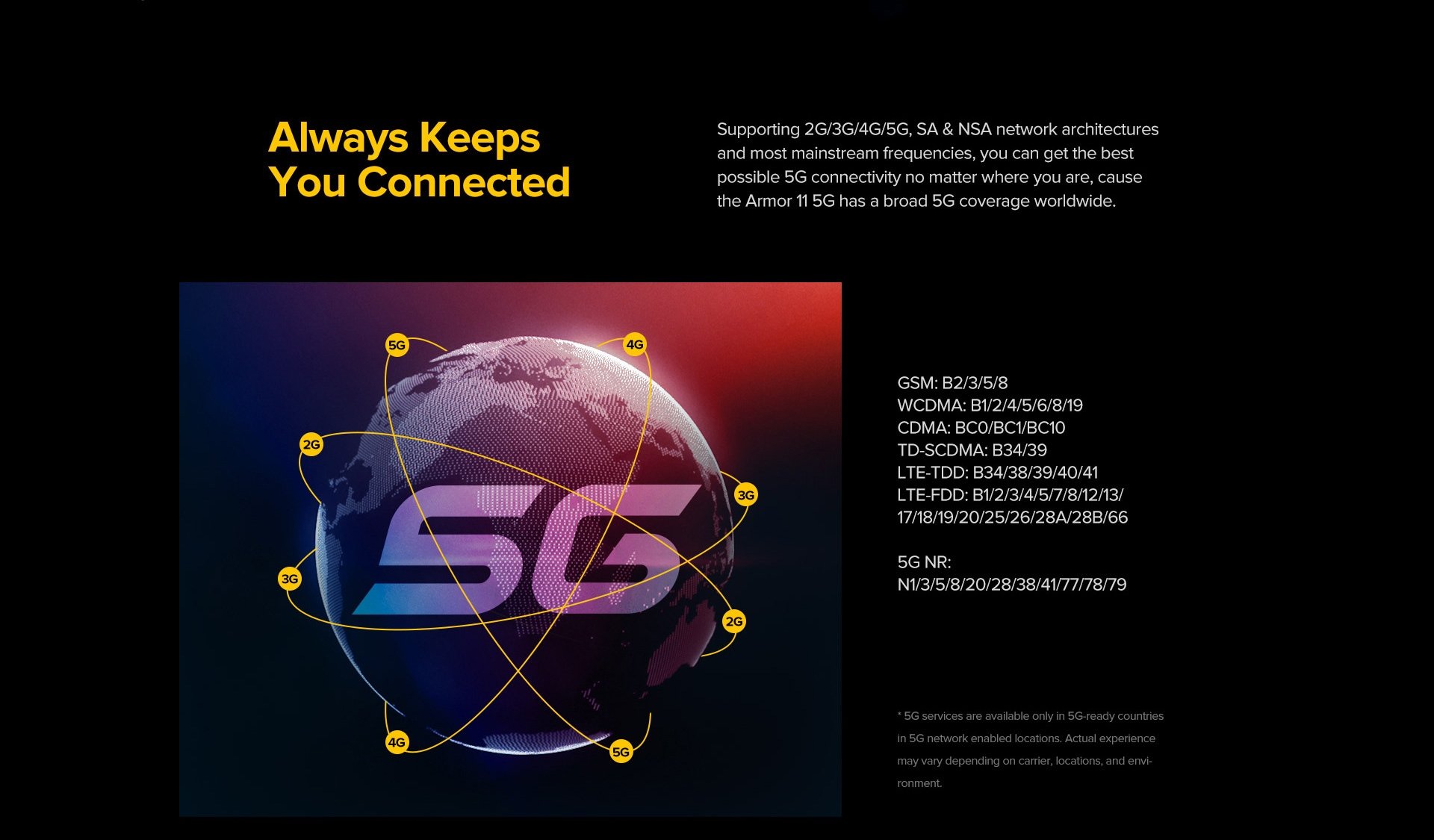 Thanks to the 5200mAh battery under the back cover, excellent operating times can be achieved with the device. In case of discharging, we have the option of 18W fast charging, but if we do not have a wire, we can also use the 10W wireless charging to recharge our battery.
Speaking of wireless technologies, the Armor 11 has NFC, dual-band AC Wifi and Bluetooth 5 support for the modern age, and we can use the GLONASS, Beidou, Galileo satellites for navigation.

Ulefone’s latest rugged mobile phone has only just appeared, but is now available in two stores. At its cheapest, the Banggood store currently offers the Ulefone Armor 11 rugged mobile for an promotional price of $429.99. The product can also be ordered from the GearBest store, although here we have to reach a little deeper in our wallet.

You can find both offers on our website, on the device's data sheet, or directly via these links: 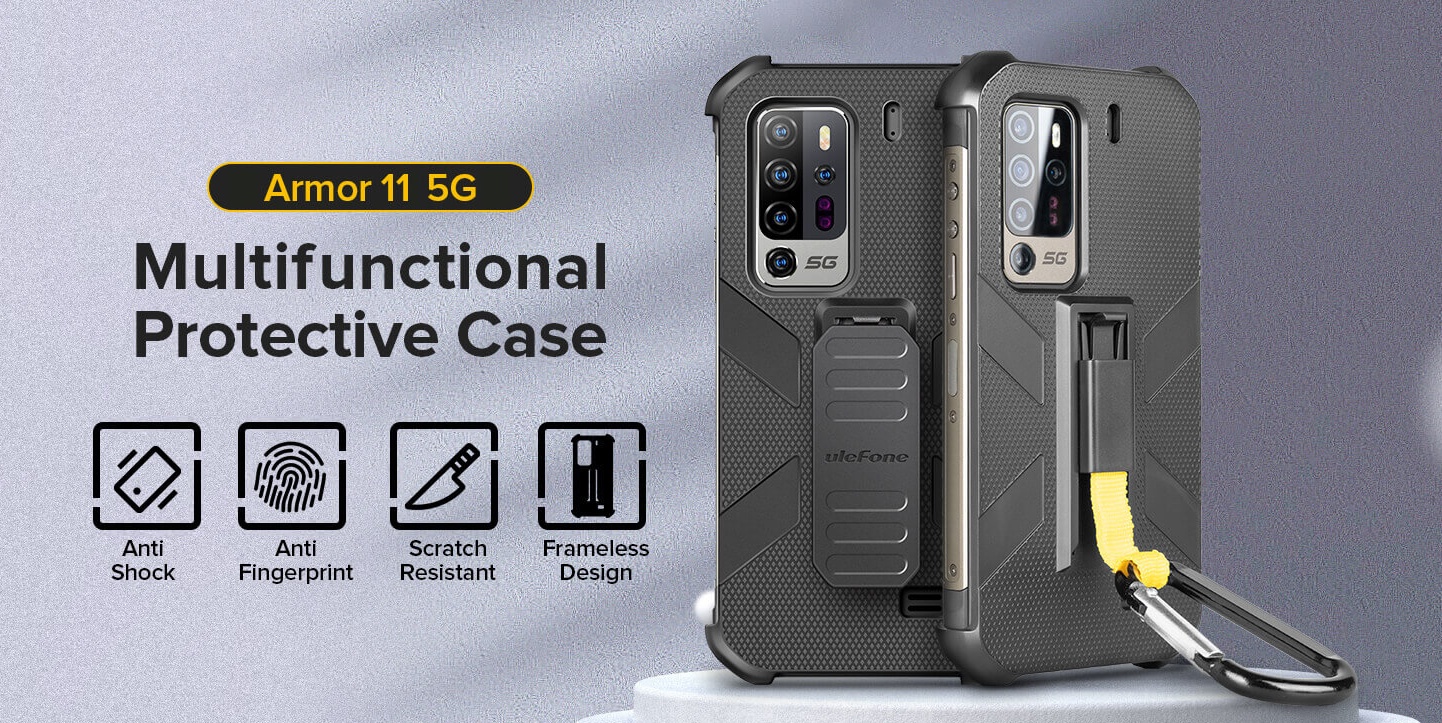