Kinatechs | 2020-07-12 20:30:47 | Source: Geekbuying (Sponsored)
With a coupon, you can now get one of the most powerful Tronsmart speakers, the Tronsmart Element T6 Max, cheaper. The 60-watt, nearly 2-pound, highly aesthetically pleasing product is now available for $77 with free European shipping. 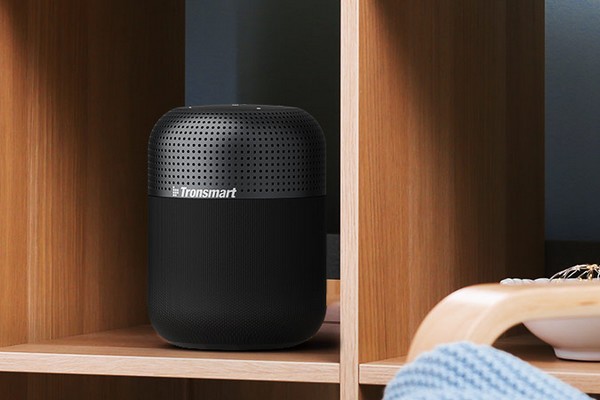 We have written about Tronsmart products more than once on our site, for example we recently tested the excellent value for money Tronsmart Element T2 Plus, but you can also find the T6 Max, T6 Mini and T6 Plus speakers on the market recommended by Luis Suárez.
In the current promotion on GeekBuying, you can order the portable wireless Tronsmart Element T6 Max for $76.99 instead of the original $99.99. The device is also available from Spanish, German or even Italian stock. When making a purchase, be sure to enter the following coupon code: 4D0BEHCZ

The T6 Max is listed as a portable speaker on paper, but due to its weight of nearly two kilograms, we certainly won’t take it with us everywhere. In addition to the magnitude, there is a 60-watt, 360-degree speaker that is rarely seen in this price range, in other words, audibly speaking. And thanks to TWS support, up to 120 watts of power can be achieved by connecting up to two T6 Maxes.
Excellent acoustics are provided by 9 speakers: the subwoofer is turned down, and the 4-4 middle and high speakers scatter the waves in four directions. 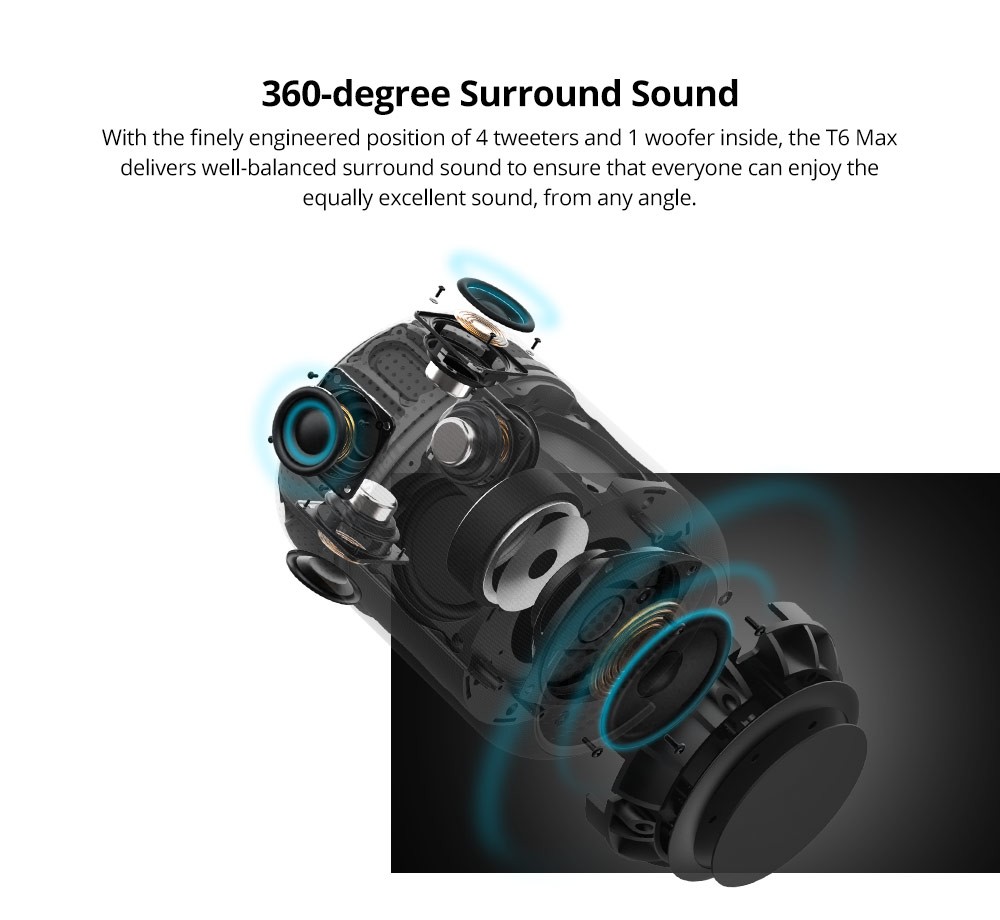 If you look at the barrel-shaped look, it’s most similar to Apple’s Homepod, but in my opinion, the more stylish it looks. At the top are the touch buttons and at the bottom are the physical slots: USB Type-C, DC adapter, 3.5 mm jack.
The cover is resistant to splashing water (IPX5), so it can be placed boldly either on the beach or at home by the pool.
Wireless connection from phone or other device is possible via Bluetooth 5.0 or touch, NFC. Supported codecs include the most common compression, but unfortunately higher bitrate solutions such as aptX, aptX HD, or LDAC have been left out.
The speaker also has a microphone, so you can access the voice assistant on your phone (Google, Siri, Cortana) through it, but you can also use it as a speakerphone. 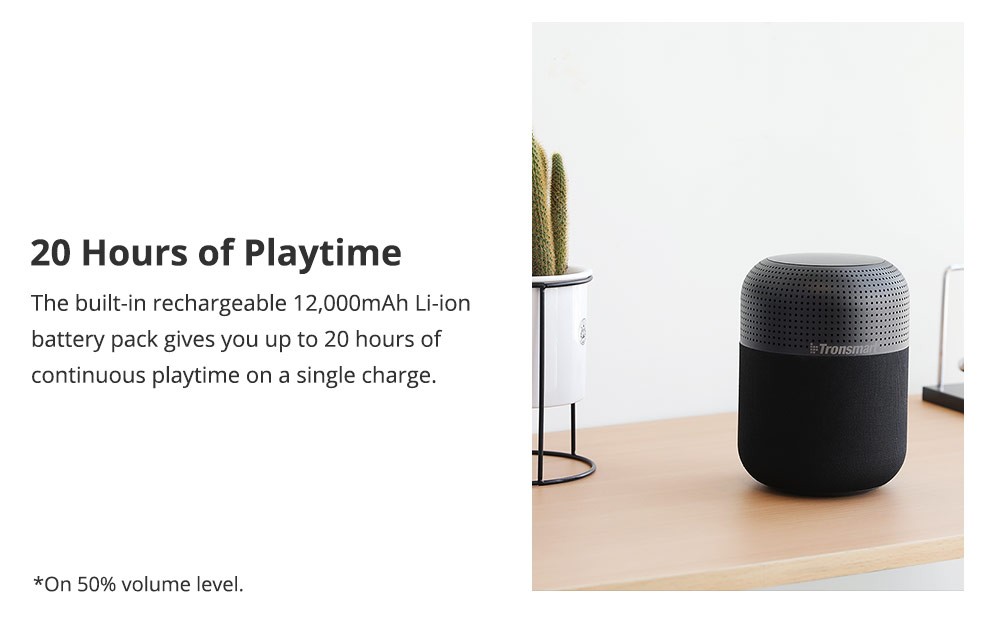 According to the product data sheet, the sound box has a 12,000 mAh battery with which you can enjoy your favorite music for up to 20 hours at medium volume. Unfortunately, fast charging is not supported, so the charging time is quite long: we have to wait about 6 hours for a full charge.
The Tronsmart ELement T6 Max is an aesthetic, high-performance wireless speaker that you can buy for as little as $77. It is worth noting, however, that our true power can really be felt in larger spaces or outdoors.
If you want a suitable product for your home, a smaller room, you should look apart from the manufacturer's lower power speakers.