Redmi K40 cameras can be seen on an official media poster

Kinatechs | 2021-02-22 00:35:35 | Source: Weibo
This week, more precisely on February 25, Redmi will present to the public the latest premium model, the Redmi K40, whose camera is now revealed in an official press release.

Redmi, now a stand-alone brand under Xiaomi, will soon introduce the successor to the popular Redmi K30 and K30 Pro. The Xiaomi Redmi K40 mobile phone will be unveiled on February 25, 2021 with a reinforced processor, a better camera and expected more surprises.

It is not yet clear whether the Redmi K40 will arrive alone next Thursday or in pairs, but for at least one model, however, the brand will confirm the deployment of the 5nm Snapdragon 888 with a poster, guaranteeing top speed in 2021. Internet speculation suggests that the stronger version may get this, while the cheaper Snapdragon 870 will have to cope with it - however, the Xiaomi brand has not revealed anything about this yet. 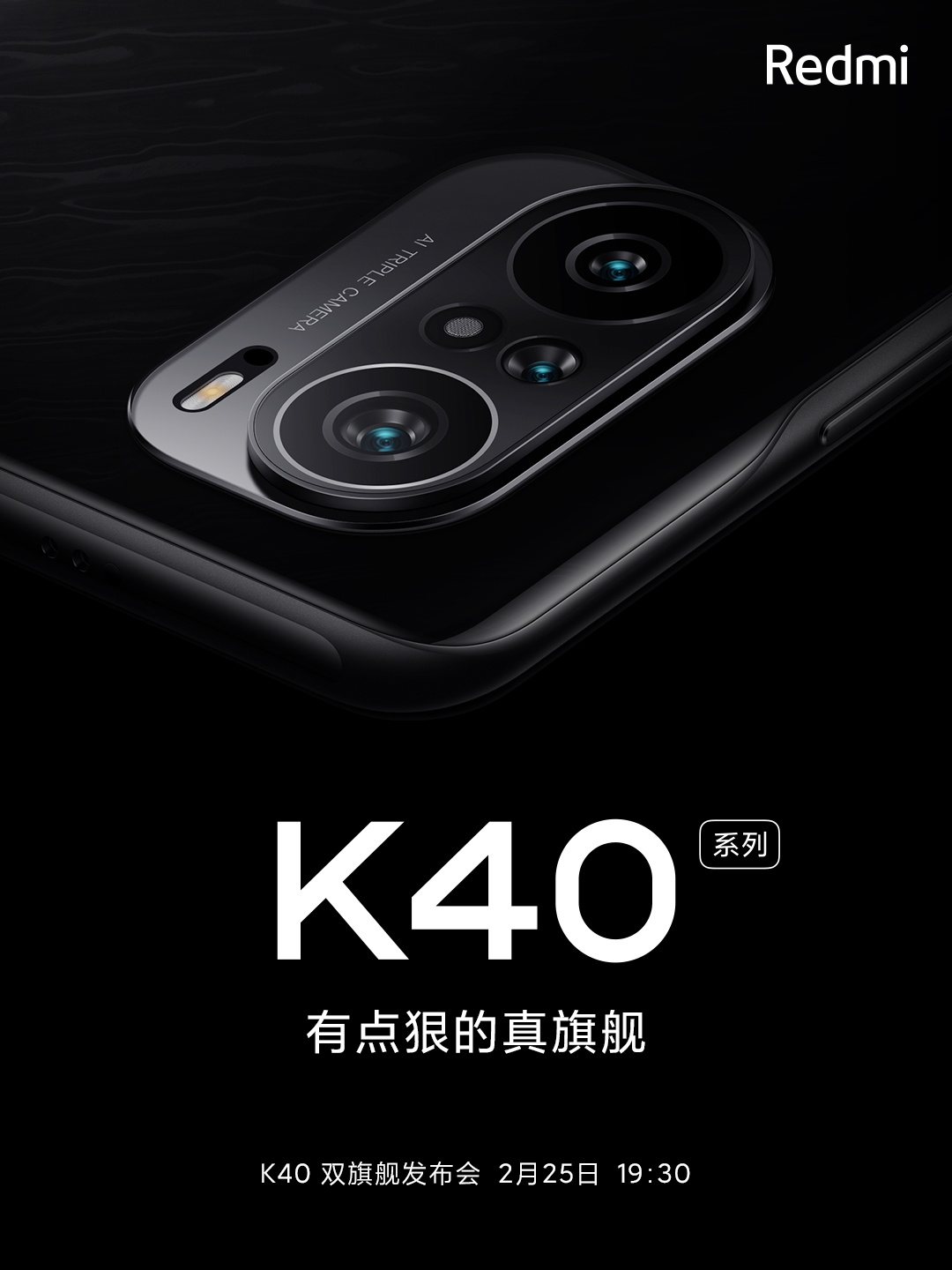 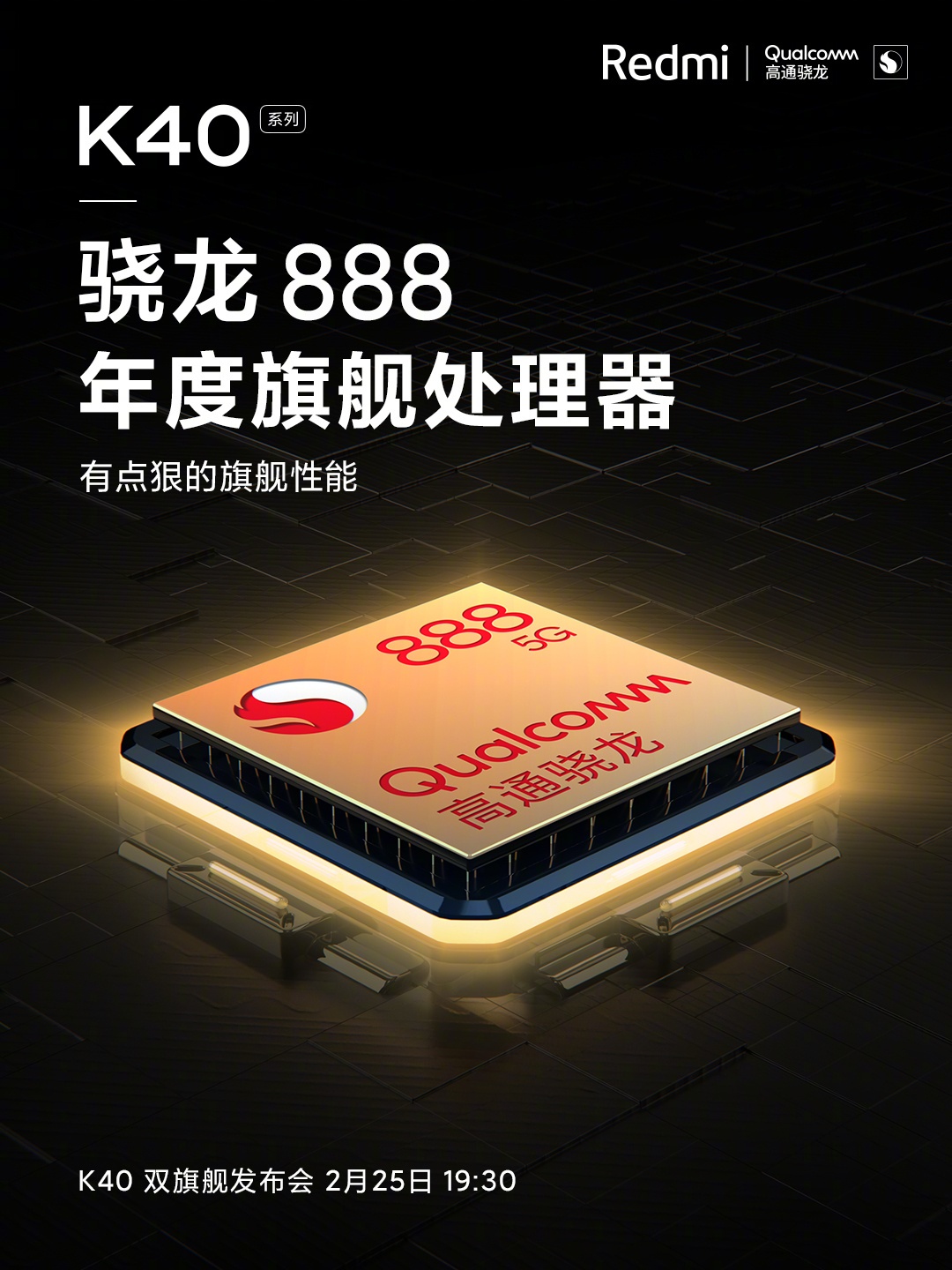 According to the text of the poster, this is a triple camera set supported by artificial intelligence. The bottom line is, in fact, that the gratifying image from the official source confirms previous reports that predicted three rear-facing camera modules for the Redmi K40. Expected to be a camera with a normal and wide viewing angle and a smaller one (with depth or macro function), a dual LED flash and perhaps a laser focus assist.

On the other side, a 6.67 "OLED panel is expected to flash, which, according to today's, also official poster information, will be Samsung's latest E4 OLED panel with a 120 Hz image refresh rate. 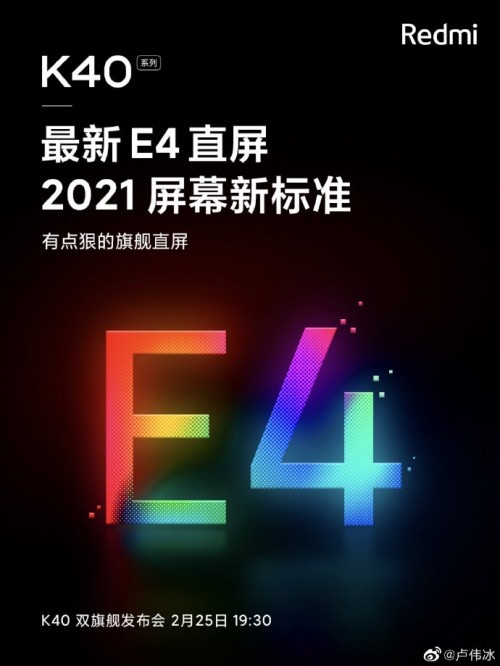 Thanks to the Chinese telecommunications agency, TENAA, it has even been revealed that the battery capacity will be 4,500 mAh and the mobiles will run Android 11 operating system.
What else you may know is that the new model has got LPDDR5 memory, UFS 3.1 mass storage, Wi-Fi 6 and 33W fast charging capability.

The premiere on February 25 is for the time being Chinese, international availability may be discussed later.
More news