Kinatechs | 2019-08-11 23:29:44 | Source: GearBest (Sponsored)
OPPO Realme 3 Pro is an excellent budget phone that can finally succeed in the international market. With its outstanding value for money, the Realme 3 Pro is the real rival to the popular Redmi Note 7.

The name OPPO is probably unknown to many, though the world's third largest mobile manufacturer after Samsung and Huawei. The reason for this is that OPPO has made very few mobiles for the international market so far. 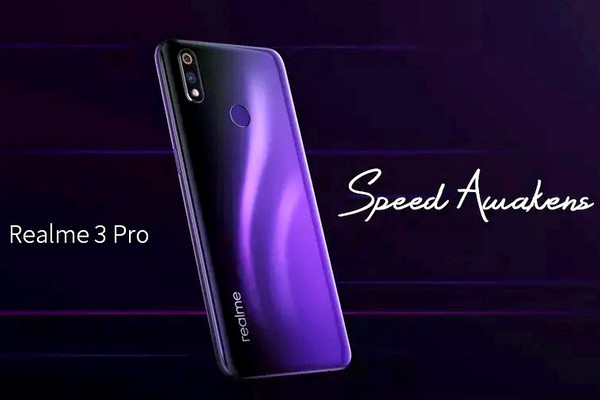 In the GearBest coupon deal, the international version of the OPPO Realme 3 Pro (4GB/64GB) can be ordered for just $199.99.

The coupon code for your purchase is GBMPORM3P and you can access the offer here:

But let's take a closer look at OPPO's excellent phone, which is actually made by Realme, the OPPO sub-brand.

Realme 3 Pro has a very nice design and its hardware is above average. Inside our hand, we find a 6.3 "FullHD + (1080x2340 pixels) IPS display that almost completely covers the front. Just at the top, you'll find a tiny drop-shaped cutout that hides a high-quality, 25-megapixel front-facing camera. Corning Gorilla Glass 5 protects the display from scratches and minor impacts.


The back cover of the device features the "S-Curve" design, which pays tribute to the designers at the S-curve of the famous Le Mans racetrack. If you hold the device at the right angle, the design can be easily seen in the light of glitter.

On the back there are two cameras, an LED flash and an extremely fast and accurate fingerprint reader. 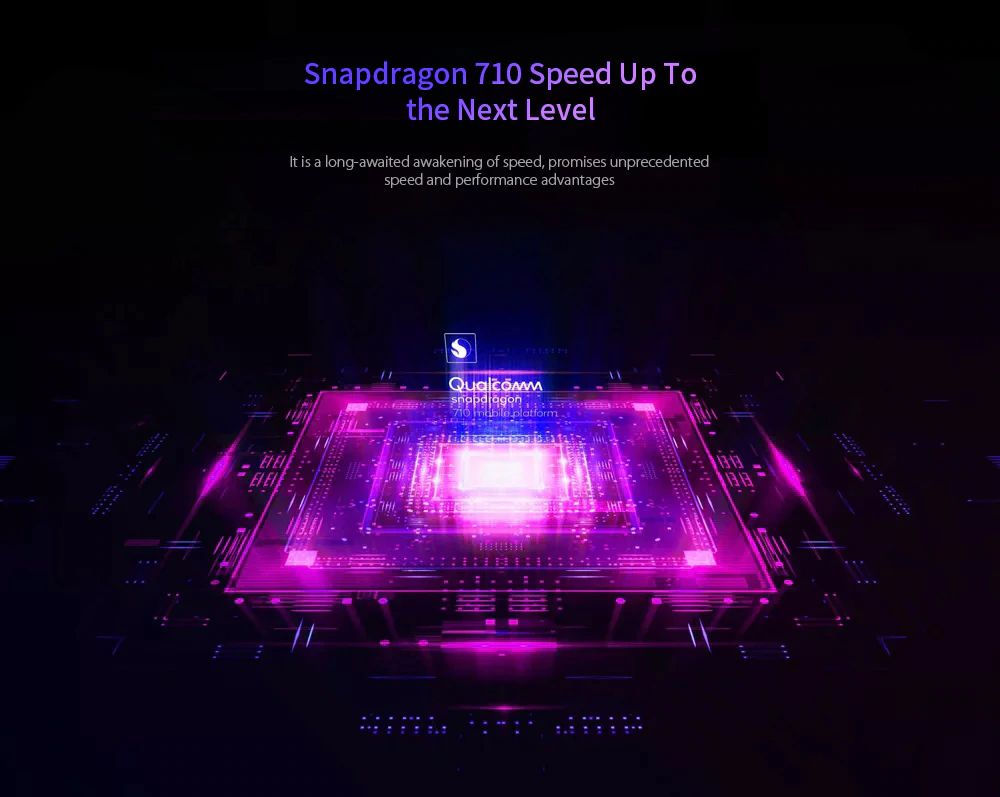 The device is powered by Qualcomm's 8-core system chip, the Snapdragon 710, which has been produced with the latest 10nm manufacturing technology.
Its performance is sufficient for almost any task, and with the revamped Adreno 616 graphics unit, it's not ashamed of serious gaming, making it a great gaming phone.

What's interesting is that the Redmi Note 7 Pro with Snapdragon 675 and Adreno 612 is raw better than Realme 3 Pro, but in games, OPPO comes out victorious thanks to the more advanced Adreno 616 GPU. 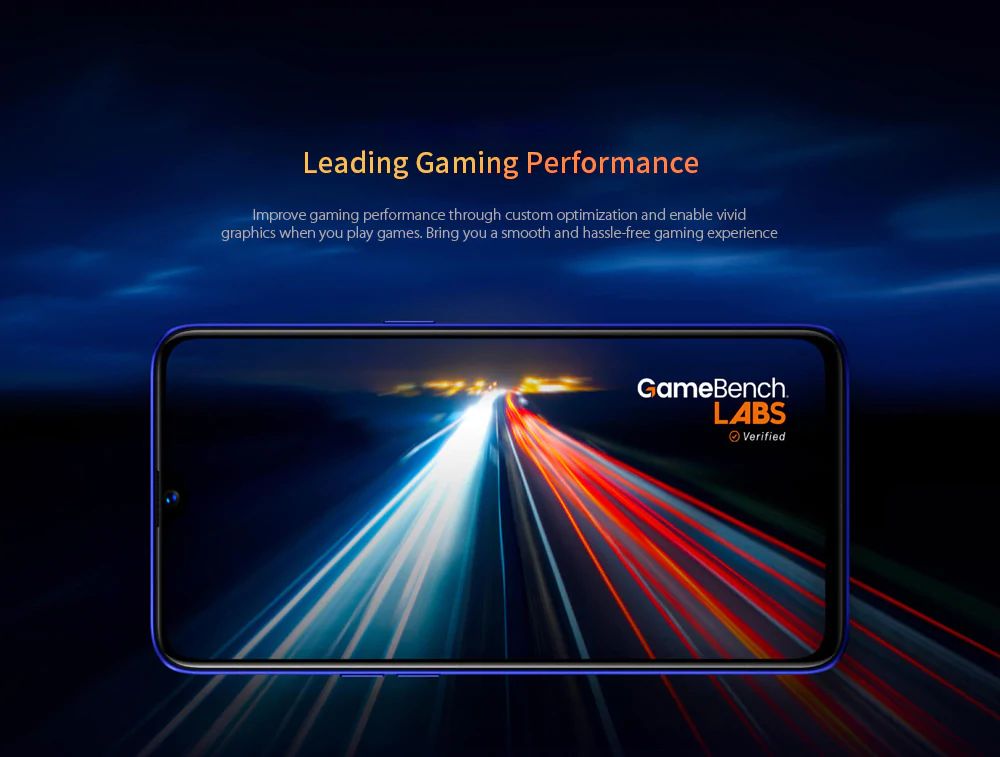 There are two cameras on the back: behind the primary lens is a 16-megapixel Sony IMX519 sensor with an aperture of f/1.7. This is the same as last year's top model, the OnePlus 6T imaging unit, but the OPPO phone is missing out on optical image stabilization, so we have to catch up with electronic correction. The secondary depth-of-view camera is 5 megapixels, with which we cannot take pictures. 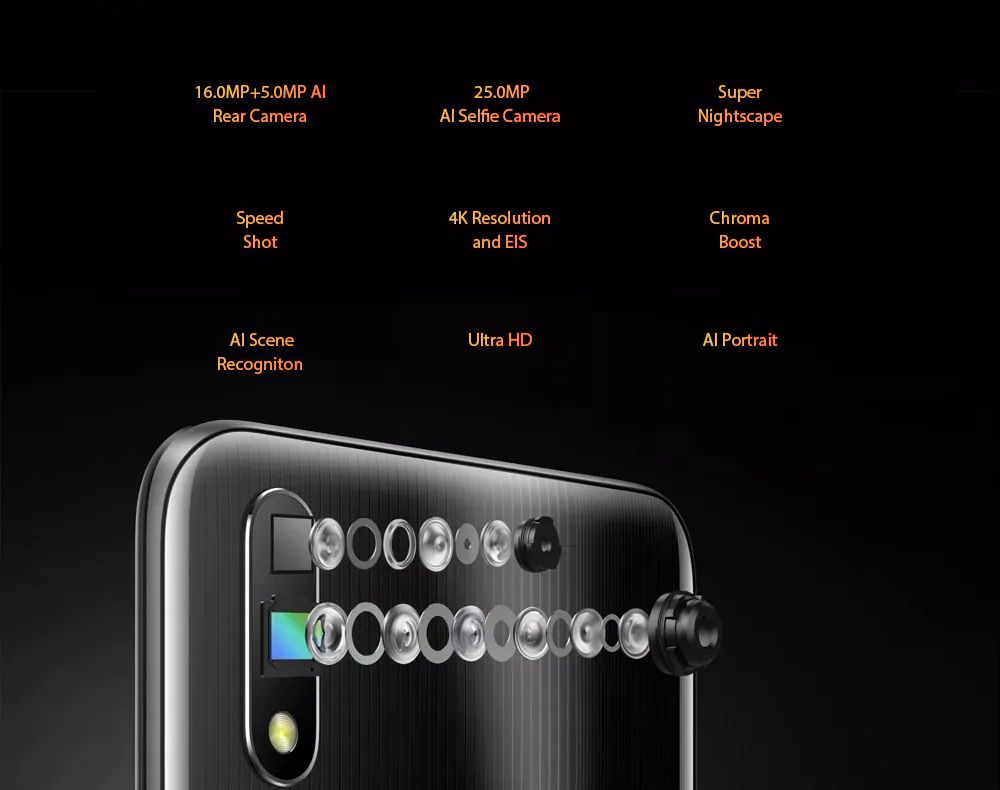 The camera software can detect multiple automatically set subjects with Artificial Intelligence, which allows the camera to produce the best possible photos of the situation.
No need to worry about video, thanks to powerful processors and a great Sony sensor, you can capture your memories in up to 4K resolution.

The phone comes with Ultra HD mode, which allows you to take extra large 64 megapixel pictures. The camera software compiles the final 64-megapixel photo from four photos taken. This is a clear answer to the competition's 48MP camera, and there was no need to change the hardware here.

A 25 megapixel selfie camera on the front camera is more than enough for the average user. The captured images are processed by artificial intelligence-assisted software, allowing you to create more beautiful, professional looking portraits. 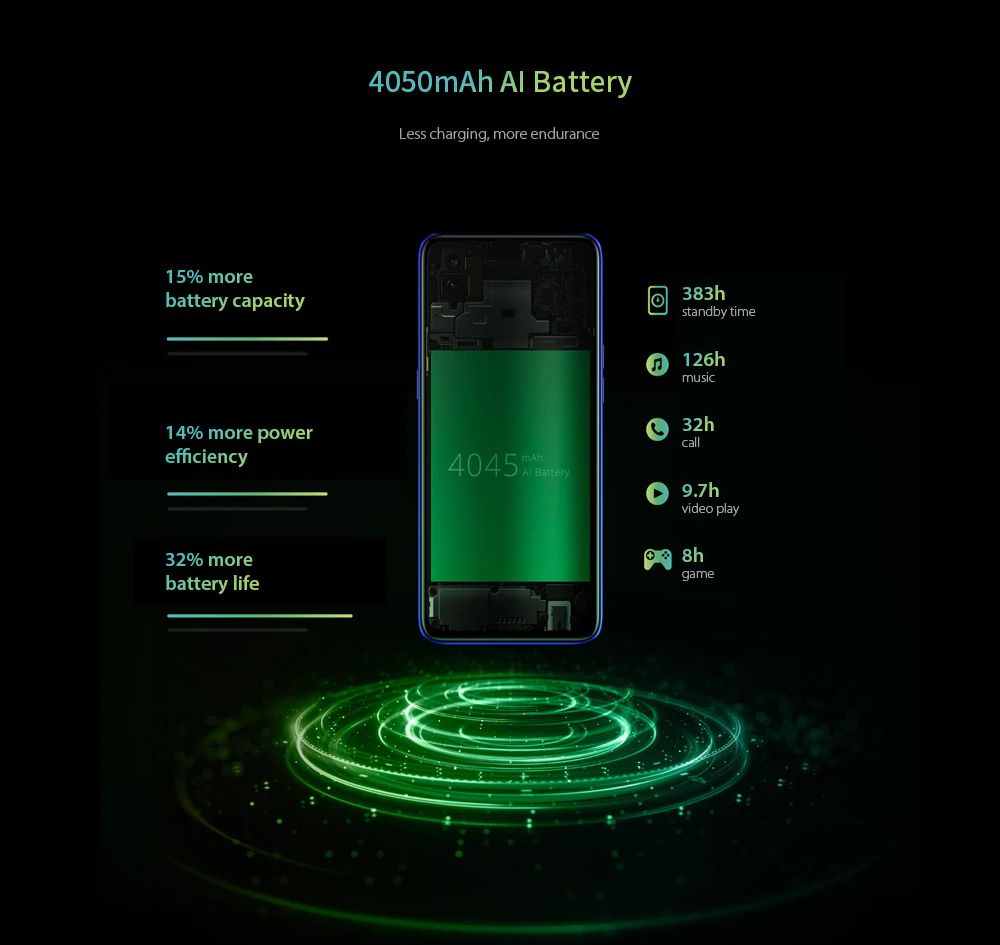 Powered by a 4045mAh battery underneath the back panel, which is rated by the manufacturer for close to 8 hours of gaming, 9.7 hours of movie watching, or 32 hours of continuous phone calls.
So in real-time, your Realme also performs very well, and by the end of the day it is almost impossible to discharge your mobile. Fortunately, in this case, we don't have to miss our mobile phone for a long time, thanks to the manufacturer's own VOOC Flash Charge 3.0 (5V/4A) technology that can charge up to 50% in half an hour.
When you look at the communication capabilities of Realme 3 Pro, you get almost everything you need: Bluetooth 5.0, dual-band Wi-Fi (ac), international 4G support, of course, 800MHz (B20) LTE including frequency. Do not look for NFC, unfortunately it has not been included.


All in all, the OPPO Realme 3 Pro is a perfectly assembled device with great hardware features. And with its current price of $ 200, it fights even the most popular mid-range devices.
The Xiaomi Redmi Note 7 - 4GB/64GB with the Snapdragon 660 is barely a few dollars cheaper, but its performance is lower than that of OPPO. Aside from the faster processor, Realme 3 Pro has the added benefit of better gaming performance, an excellent back camera, a higher resolution selfie camera and 5V/4A fast charging.
Still, the OPPO mobile has a challenge, including the great value-for-money Xiaomi Redmi Note 7 Pro.
If we look a little more closely at the two mobiles, then overall, Xiaomi might be victorious in this pairing. But internationally, it doesn't matter much as the Note 7 Pro has no international release and the biggest problem is that it doesn't have global LTE coverage.


So, looking at the international market, it is currently one of the best mobiles for that much money. In the GearBest coupon deal, OPPO Realme 3 Pro is available for only $199.99 with free EU Priority Line shipping.
Current prices and coupon codes can be found on device page. And you can find the current GearBest offer via the following link: