KUGOO's extremely popular scooters have already been introduced to you, most recently with the extremely powerful KUGOO G-Booster, but also with the S1 and S1 Pro.

At GeekBuying, you can find several coupon offers for KUGOO products, which you can order from EU stock, with fast delivery for up to 5 days. Further good news is that in the event of any malfunction, the products can be warranted within Europe.

The KUGOO S1 is one of the cheapest and most popular products of the manufacturer. It's no coincidence, for just over $300, it offers almost the same knowledge as the popular manufacturer's Xiaomi 365. 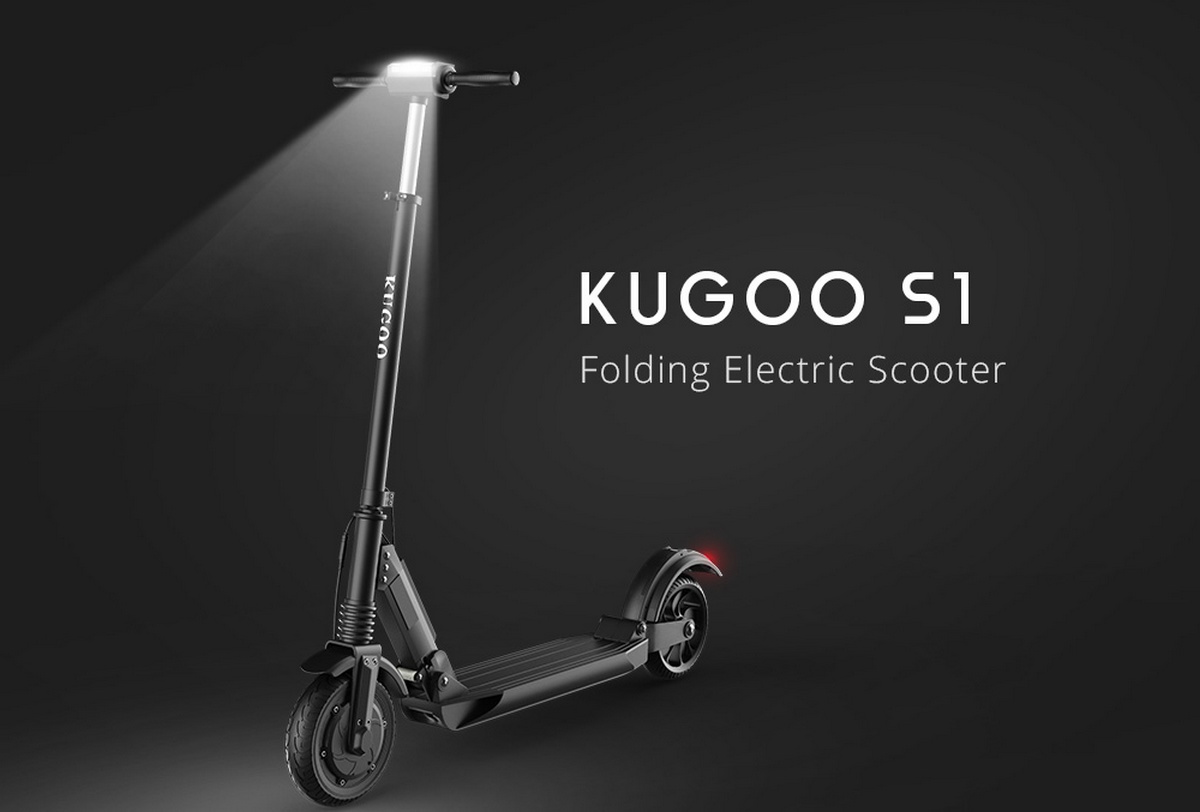 Weighing in at just 11 kilograms, the S1 has a number of excellent features. The scooter is powered by a 350W electric motor, has 3 speeds and has a top speed of up to 30 km/h. The product has a maximum load capacity of 120 kg, but it is important to note that for such a weight unfortunately the 350W engine is already weak.

With a 6 Ah battery, you can do about 30 kilometers on a single charge on 8-inch wheels. This is plenty for many, even traveling to and from work or school in a big city. The total charge time is not much, as we can get our batteries to 100% level in just 4 hours.

The manufacturer also thought about visibility, so it mounted an extremely strong 24-LED front light and a brake light at the rear to indicate its current position in traffic.

GeekBuying awaits KUGOO S1 buyers with two coupon offers: The first coupon code can only buy the product itself for about $309.99.
The other code is given when ordering the scooter and Apods i12 TWS wireless earbuds together, though in this case you have to pay a little more, $314.99. If you subtract the price of the headset for about $25, the scooter itself costs only $290. Shipping is free in both cases.

You can find the offers here:

It's sure the S1 base model is currently one of the best electric scooters for around $300, but what about the successor Pro version? Well luckily for the newer model, thanks to upgrades and exterior changes, it might be considered a slightly better deal than the S1. 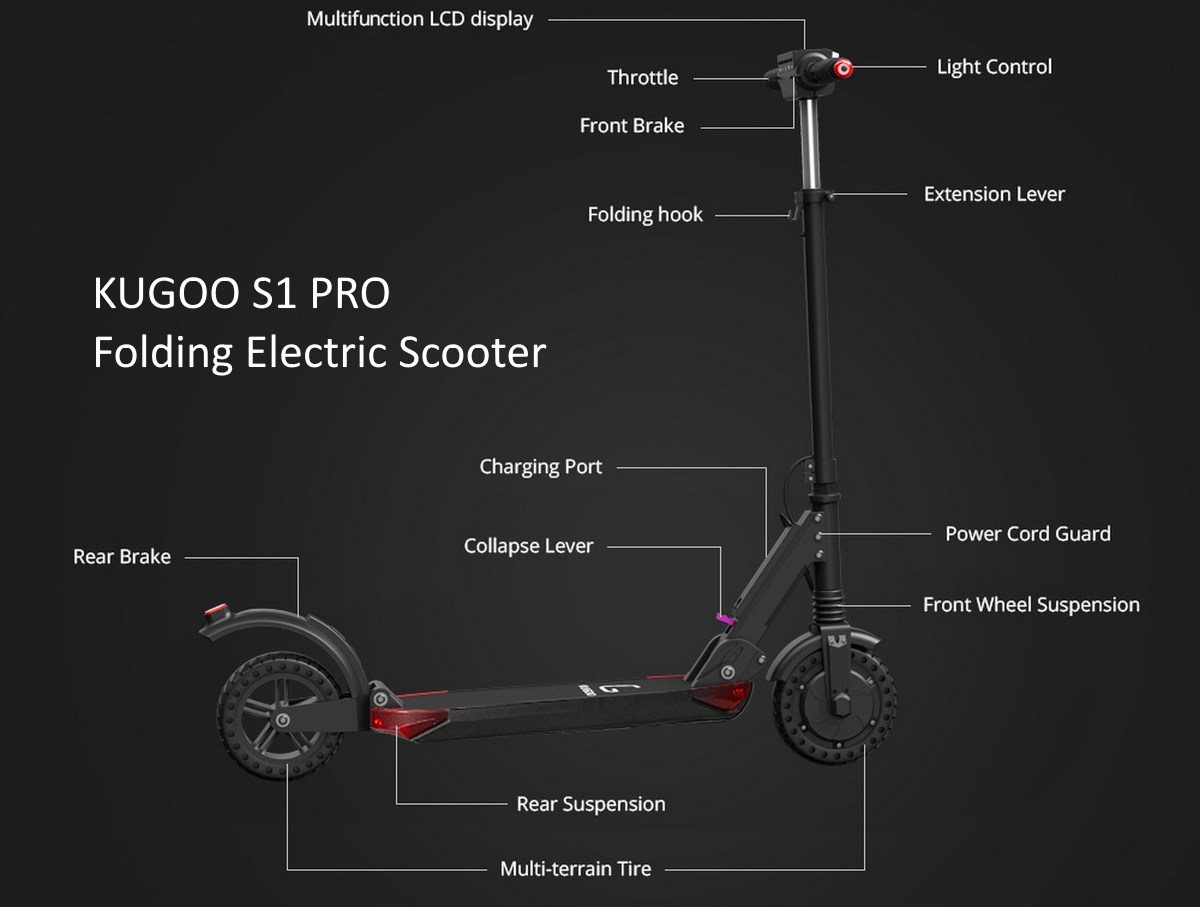 Let's look at the changes. What's better than the Pro's predecessor? The 350W motor remains, but the 6 Ah battery used in the base model has been replaced by a larger 7.5 Ah, allowing us to travel even more with a single charge.
There are two red lights on the edges of the handlebars that can be used as either direction indicators or position indicators. Both the front and rear wheels were replaced by the KUGOO, making them stronger, more durable. Not only has the material of the rear wheel increased in thickness, so you can expect better traction.

Reflective prisms were placed on both ends of the anti-slip pad, which further increased the night vision of the scooter. Another small but practical difference between the two models: the KUGOO S1 Pro comes with a carrying case, which makes it much easier to carry around when you are not traveling.

Many small, useful changes have been made to the updated model, which have only been to its advantage. Current price, with a coupon code of $349.99, which is excellent. This model also comes with a headset (Apods i10) bundled with a coupon code of approximately $359.99. If you deduct the price of the Apods i10 TWS headset, which you can sell later, if you don't need it, the S1 Pro roller will cost around $330.
Shipping is also free with the S1 Pro.

You can find the offers on GeekBuying: