Kinatechs | 2019-07-24 14:42:34 | Source: GearBest (Sponsored)
Xiaomi recently announced its latest smart watch, the Xiaomi Amazfit GTR, or officially the Huami Amazfit GTR. The new watch has up to 24 hours of battery life. You can buy the new Amazon smart watch, GearBest, for an introductory promotion for only $139.99. We've also found some great smart watches and bracelet deals for you. 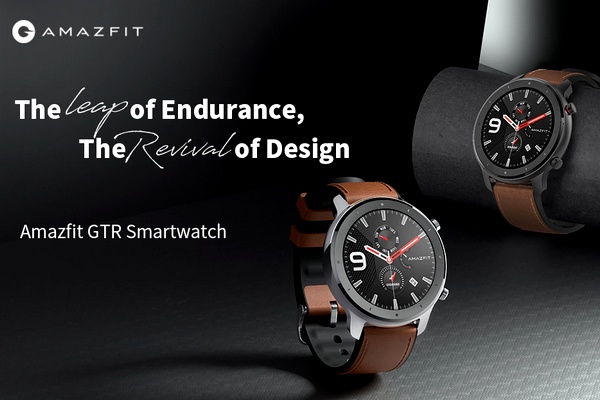 Xiaomi and Huami have jointly announced the latest Amazfit smart watch, the Amazfit GTR. Many are unaware that Huami is one of the largest wearable devices manufacturers in the world, and Xiaomi manufactures these products with them.
The Huami Amazfit GTR or, as is commonly known, the Xiaomi Amazfit GTR is available in two versions (42mm and 47mm), including the international and Chinese versions.
Starting today with the promotion, the internationally released 47mm Amazfit GTR smart watch is available for just $139.99. The original price is $149.99, but there is a $10 discount when added to the cart.
You can access the action by clicking on the link below:


The main unit in this action model has a diameter of 47 millimeters, featuring a 1.39-inch, bright AMOLED display. The display's 454x454 pixel resolution, well enough for this size (326ppi), will certainly not spot the pixels with the naked eye. The colorful, detailed display gives a great look to the latest Amazfit watch. With over 100 selectable Watch Faces, everyone can find the one that suits their style.
Thanks to the 5 ATM water resistance, it can be used without any problem in normal use up to a water depth of 50 meters. What's more, we don't have to worry about scratches on the GTR thanks to Corning Gorilla Glass. 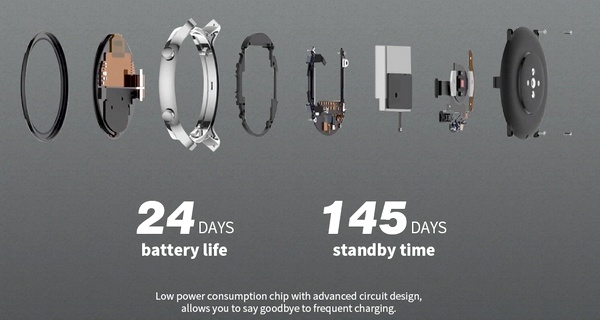 Fortunately, with the 47mm version, not only is the display larger. The battery capacity under the back cover is nearly twice as large (410 mAh) as the smaller model.

According to the manufacturer, it has one charge, which is outstanding in its class, under normal use for up to 24 days. Under normal use, the manufacturer understands the following: continuous heart rate measurement, sleep monitoring, 15 minutes of GPS use per day, 30 daily turns on, 150 incoming messages.

And with the simple watch function, you can carry the latest Amazfit product for up to 74 days at a time. With more serious use, such as constant GPS usage, we can expect about two days of operation, but this is quite an extreme case. 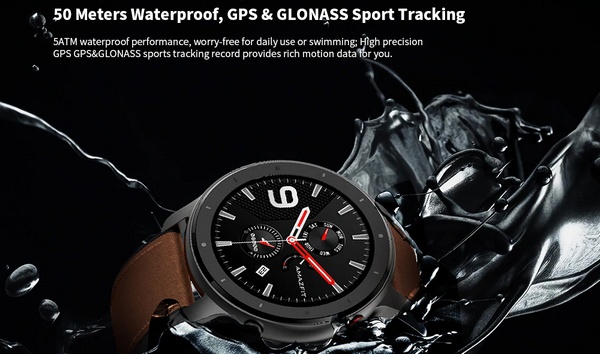 From the above paragraph it may have been found that the device has a GPS module: accurate GPS data is provided by the GPS and Glonass receivers. It is worth noting that the new model has already received a 28nm Sony GPS module, which consumes about one third more power than older units.
Not much is known about the hardware, which is sure to come with 16 MB of memory and 64 MB of internal storage along with an unknown system chip, which also means that we won't be able to use our watch as a standalone music player. 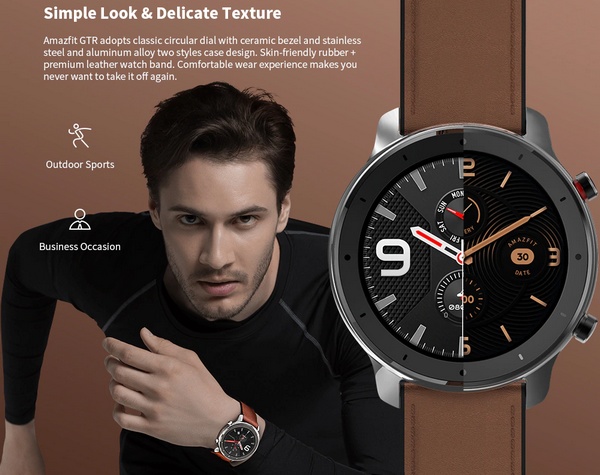 Of course, the Amazfit GTR knows the most important smart clock features, so you can get notifications of your phone's incoming calls, messages, control your phone's music player, and read the current and next day weather forecasts.
In addition, there are 12 sporting activities: running, cycling, swimming, skiing and climbing, all of which can be followed in the revamped "Amazfit" application. 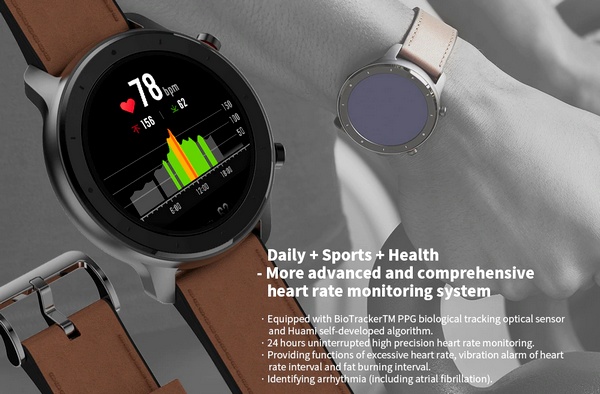 Thanks to the new optical heart rate sensor (BioTrackerTM PPG) and Huami's self-developed algorithm, the Amazfit GTR guarantees 24-hour, continuous and high precision heart rate monitoring, and instantly informs the user when a arrhythmia is detected (including atrial fibrillation).
The Huami / Xiaomi Amazfit GTR smart watch is currently available at the cheapest price at the GearBest store. Starting today, this great smart device is priced at $139.99 - after a $10 off. The price applies to both stainless steel and aluminum alloy versions.
And if you choose the EU Priority Line mode for shipping, you won't have to worry about additional costs at home. 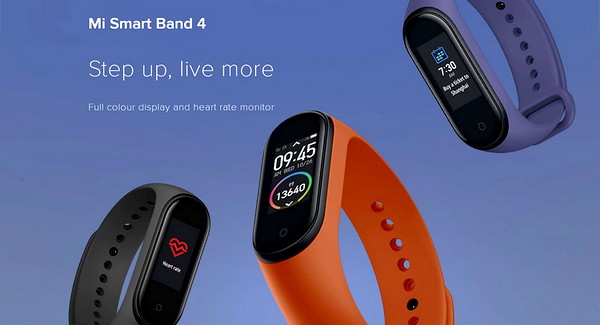 An equally good deal is the international version of the Xiaomi Mi Band 4 smart bracelet. At the GearVita store, you only pay $ 30.99 after entering the correct coupon code.
Purchase Coupon Code: XMBND4 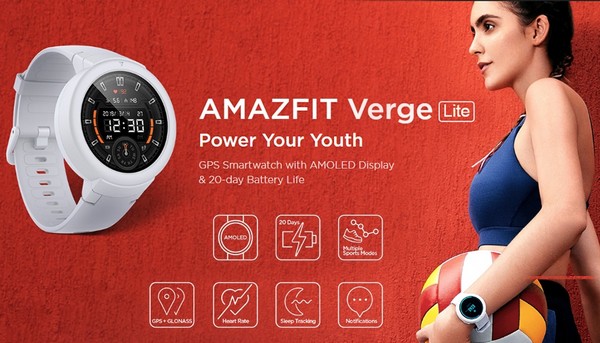 The palette features another excellent smart watch between the Xiaomi Mi Band 4 and the Amazfit GTR, which is the perfect choice for the mid-range Amazfit Verge Lite, which can also be purchased with a coupon code at great prices. Once you enter the correct code, you can order the excellent smart watch for $75.99.
Coupon code required for purchase: XMVergeLite
And you can access the offer here:

If you want to buy a Xiaomi phone, check out last week's article where we collected the best coupon deals for the most popular handsets: Xiaomi coupon deals at GearBest.
More news