Kinatechs | 2019-07-27 21:23:31 | Source: TomTop (sponsored)
Honor's latest smart bracelet, Honor Band 5, is now available, which the manufacturer apparently wants to defeat the popular Xiaomi Mi Band 4. For sure, the price has already been bundled under Mi Band 4, and the blood oxygen meter is definitely a great feature.

This summer is not only about the newly released Xiaomi phones, it has plenty of exciting bracelets and smart watches. Honor, who belongs to Huawei, didn't want to miss this party either.

It was known a month or two ago that Honor will be launching two new products this month, one the Honor 8X mobile successor, the Honor 9x, and the other the Honor Band 5. 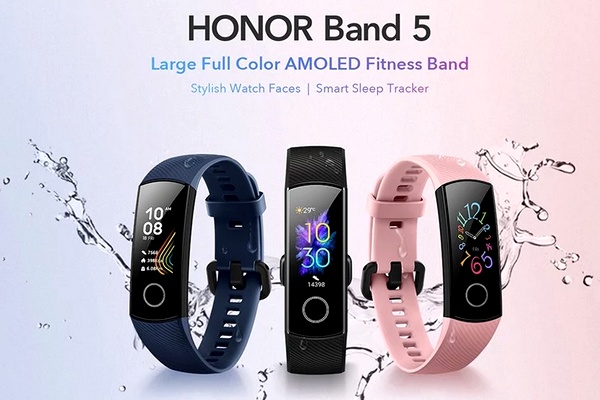 Honor's activity trackers have been a worthy opponent of the Xiaomi Mi Band series, and it looks like this fight will continue in the future. The task won't be easy as Xiaomi has set the standard high with the launch of Mi Band 4.

The first step on the road to victory has already been taken by Honor, with its great pricing, the new bracelet is already a few dollars cheaper than the Mi Band 4 at launch.

Honor Band 5, which has a blood oxygen meter, is currently the cheapest available from the TomTop Store. You can buy the Global edition for only $28.51.

The offer is available on the webshop page or by clicking on the link below:

At first glance, it looks like the Honor Band 5 is sure to come in, but before the final winner is announced, it's worth checking out what the new model really does. 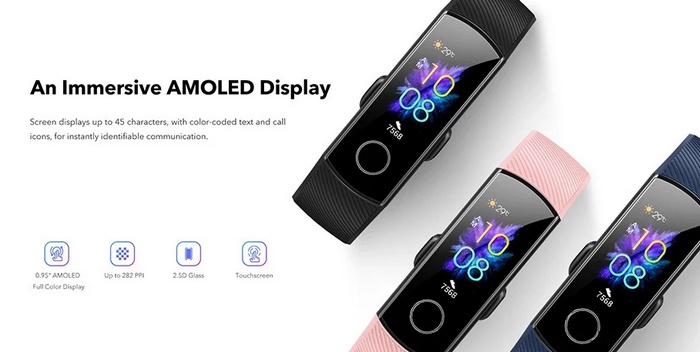 Honor's new product, just like its predecessor, received a 0.95-inch, 240x120-pixel (282 ppi) color touch-sensitive AMOLED display that can display up to 45 characters at a time.
Thanks to the technology, the display is bright enough so you won't have to worry about using it in the sun.

The system has a very attractive, colorful, sophisticated interface, and beyond the basic theme, there are many different looks (Watch Face). Not only is the interior variable, like the Honor Band 4, there are a variety of colors available in watch straps, so everyone can customize their future watches.

It has little change in size compared to its predecessor, with a strap adjustable from 10.7 to 11.5 centimeters and a width of 1.65 centimeters. The main unit containing the display measures 4.3 x 1.72 centimeters and weighs just 22.7 grams.

Of course, waterproofing will not be a problem, as the 5ATM markings on the box mean that you can safely use your smart device in rain, hand washing, showering, bathing, and water sports up to a depth of 50 meters. 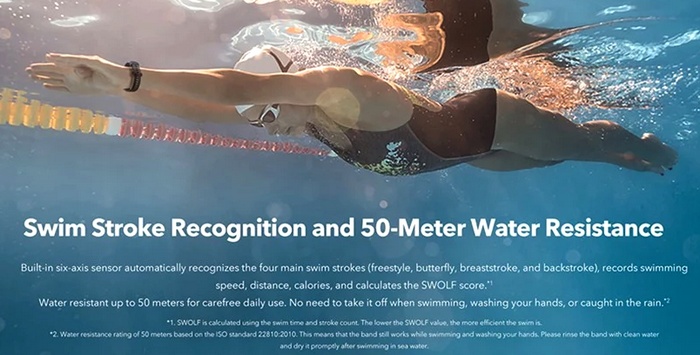 The device contains the most important sports sensors, including the accelerometer and the advanced heart rate monitor (with optical heart rate sensor - TruSeen 3.5). The latter is able to monitor the heartbeat 24 hours a day and sends a warning to the wearer if the values are too high, low or abnormal.

Do not look for a GPS module in this price range, the tracks are recorded by your phone's GPS.
The bracelet also features a blood oxygen sensor (Sp02) which, as we know, missed out on competing Mi Band 4. In many cases, this measuring device can provide useful information as low blood oxygen levels can cause fatigue, dizziness, discomfort or other health problems. Many have been waiting for the blood pressure monitoring feature, but this has been omitted from Band 5, but maybe in the next version we will see this new feature. 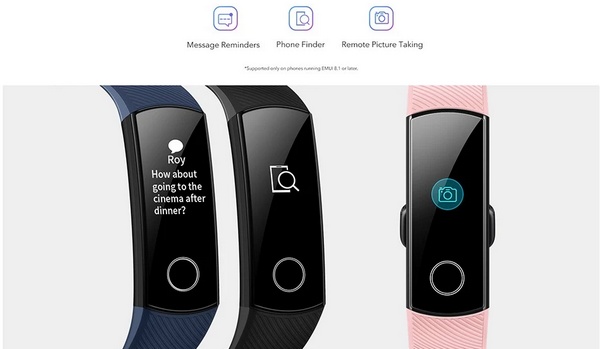 Honor Band 5 comes with the usual smart watch features: time, date, weather, notification, call handling, or multimedia player control. The device is compatible with all Android phones and has no trouble controlling IoT devices. Of course, most features require a continuous Bluetooth connection to your phone, which is based on Bluetooth 4.2 with this model.

In addition, there are convenience features such as touchless control, the ability to locate your lost phone (within Bluetooth range), and even remote control of your mobile phone's camera. 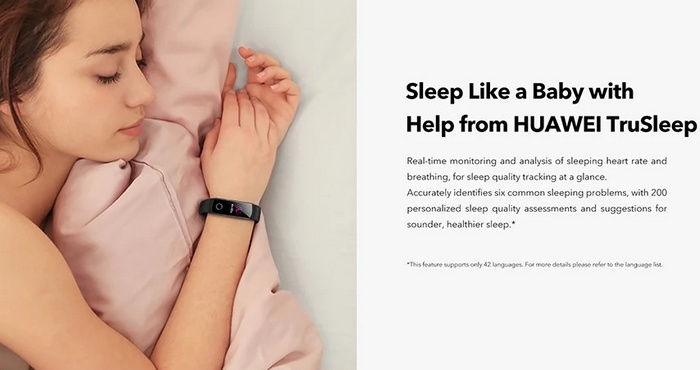 Sleep monitoring could not be left out of the bracelet, which is still monitored by the manufacturer with its own TrueSleep algorithm. Like Mi Band 4, the device has real-time monitoring and analysis of sleeping heart rate and breathing, for sleep quality tracking at a glance. Accurately identifies six common sleeping problems, with 200 personalizes sleep quality assessments and suggestions for sound, healthier sleep.

The 100mAh battery in the device can be fully charged in about 1.5 hours and recharged every 6-14 days depending on the user. The good news is that you do not need to remove the unit from the strap to charge, and the charger can easily be connected. The downside, however, is that it lags behind Mi Band 4, which promises up to 20 days of similar use.

Honor Band 5 has become a well-assembled product, a worthy continuation of the in-house Honor Band 4 and a worthy opponent of the Xiaomi Mi Band 4 bracelet. For many, its current price and its extra functionality and ease of use can be decisive over competition. Of course, there are also cons, such as the shorter battery life compared to Mi Band 4 or the lack of Bluetooth 5.0.

You can currently order it at TomTop for $28.51, with free shipping via the following link:

If you are interested in a little more serious smart device, you should definitely consider the Huami Amazfit GTR or Amazfit Verge Lite smart watches currently available in action, which we wrote about in our recent article.
More news