Get the Blitzwolf BW-VP1 projector now for just $73

Kinatechs | 2021-01-17 17:41:24 | Source: Banggood (Sponsored)
Rarely can we buy a usable projector for under $75, the Blitzwolf BW-VP1-Pro projector is an exception that can now be ordered in excellent sale from a Banggood store, even from EU stock.

The projector segment is not only about performance, but also about carrying and compact body. This is exactly the model of the BlitzWolf VP1 projector, which has an HD image, a brightness of 2800 lumens and very compact dimensions that pre-define it as a mobile projector. 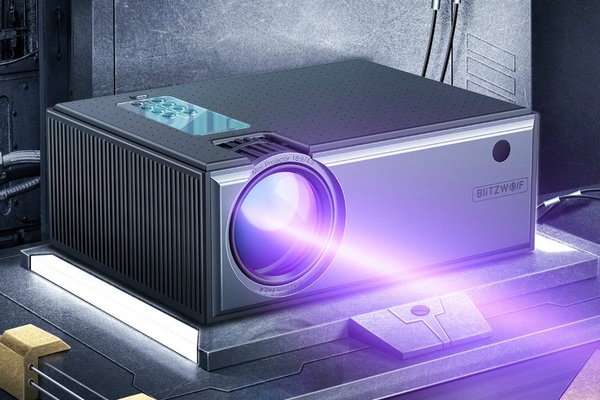 The Blitzwolf BW-VP1-Pro is a fairly small and light piece. It measures 20x15x7.5 centimeters and weighs only 1 kilogram.

On the front is the lens, an infrared receiver and the Blitzwolf logo. On the front right are the connectors, a D-SUB input for computers, an HDMI, a USB port, a headphone output and an AV input. At the back we find the speaker and the power input as well as a second infrared. Only ventilation grille on the right.

There are manual controls on the top of the machine. With these we can move through the menu and here we can turn the projector on and off. 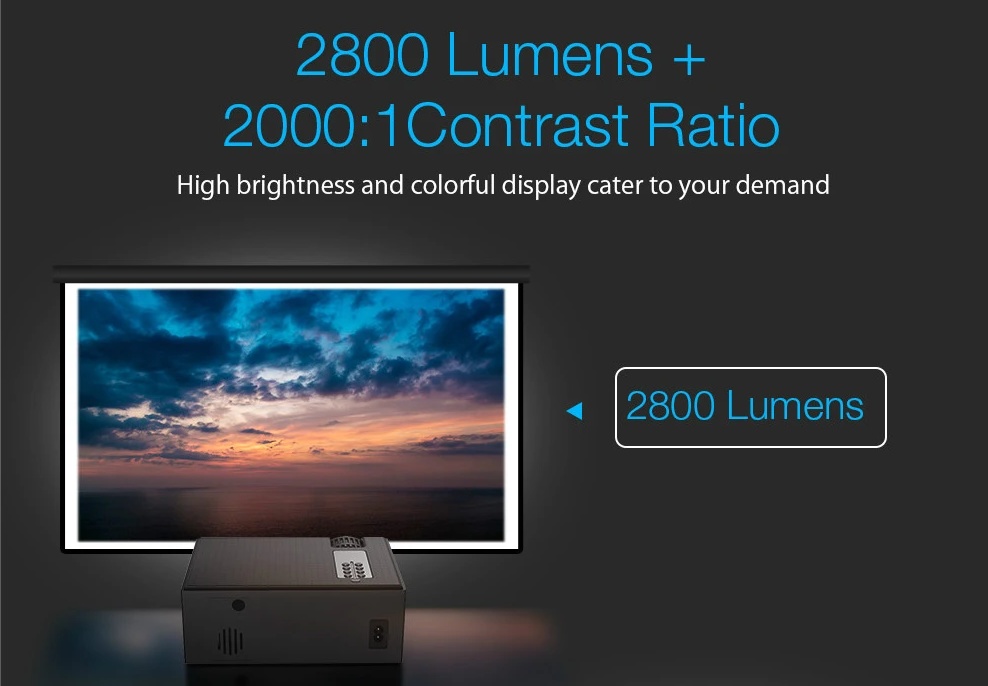 The machine looks like a quality piece at first glance. The plastics are good, the assembly is flawless, and the front panel has a metal effect, but the plastic cover also looks good.

As I mentioned in the introduction, the real resolution is HD, in other words 720p. The maximum resolution that can be input is 1080p, but that of course doesn’t mean that these movies will be displayed at that many pixels, the machine will scale down the higher resolution to HD. Using the LCD technology, the Blitzwolf projector can handle a brightness of 2,800 lumens, and the projected image diagonal can vary between 50 and 300 inches, or 127 and 762 inches. The latter results in a brutally big picture, I have to talk about that later. Of course, the projected image varies depending on the projection distance, which can be a minimum of 1 to a maximum of 8 meters.

The aspect ratio of the projected image can be 16: 9 or 4: 3, the latter will be able to be used for viewing older videos, photos or presentations at most. The contrast ratio is 2000: 1, the keystone correction can be ± 20 °. 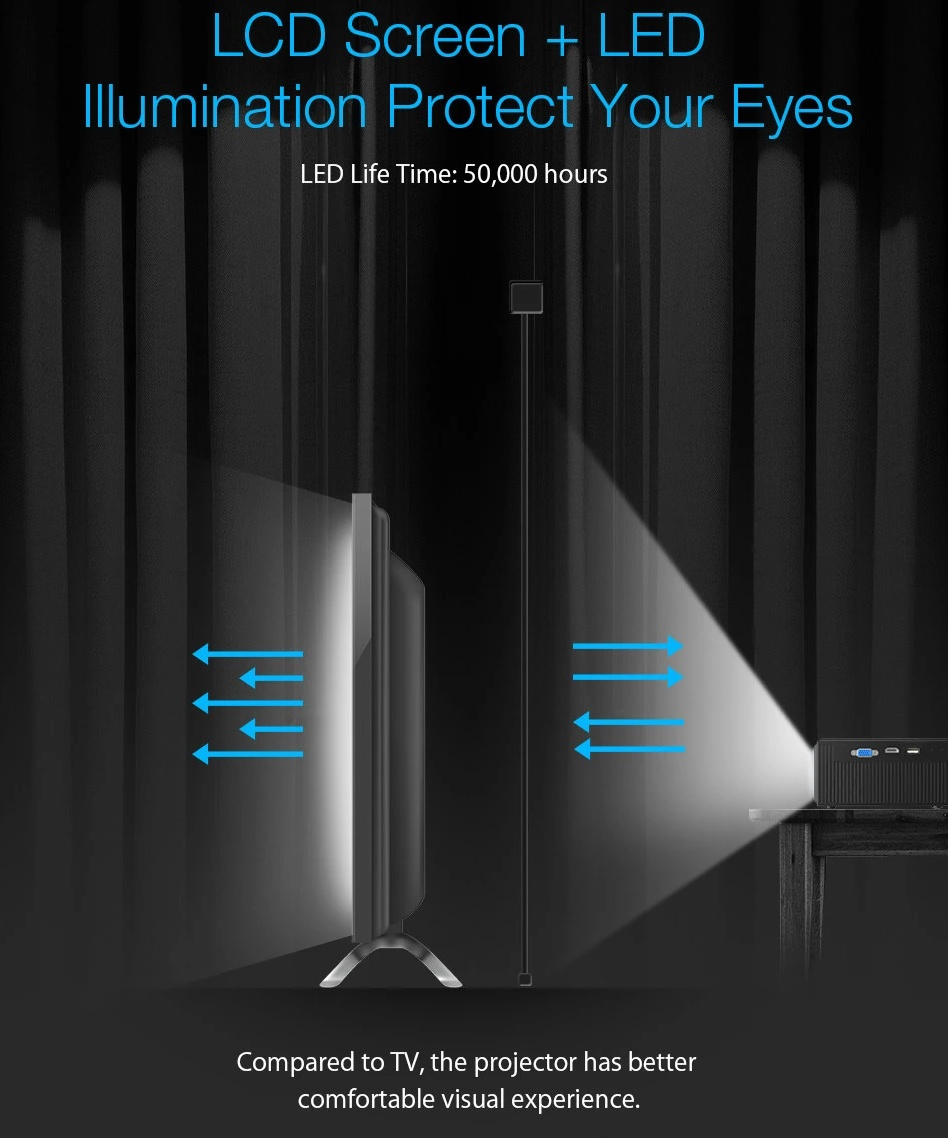 The built-in speaker is 2 watts, the LED light source promises 50,000 hours of operation (eternal life plus one day), and in principle there is also 3D support.

Perhaps the most important thing left in the end is that the Blitzwolf BW-VP1-Pro can receive images from a mobile phone or tablet, but the reviews on the seller's website mention that the image and video can be transferred from a notebook via Wi-Fi. .

The setup is really a slap in the face. We turn it on, direct the image to the wall, adjust the focus with the outer ring of the lens, and the keystone correction with the inner ring, and the party can go!

We have to reckon with the fact that the bandwidth of Wi-Fi is not something ample, moreover, it decreases in direct proportion to the distance between the phone and the projector. In practice, this means that 1080p content still passes from 1 to one and a half meters, but not from afar. That is, we do best when we place the phone neatly on top of the projector while watching a movie.

There is also a way to transfer higher resolution, even with a USB cable. To do this, we need to turn on USB debugging on Android devices. The advantage of this thing is that we can send up to 4K broadcasts, the disadvantage is that due to the copy protection, the sound will be heard on our phone. A solution may be to pair a Bluetooth speaker with your phone. 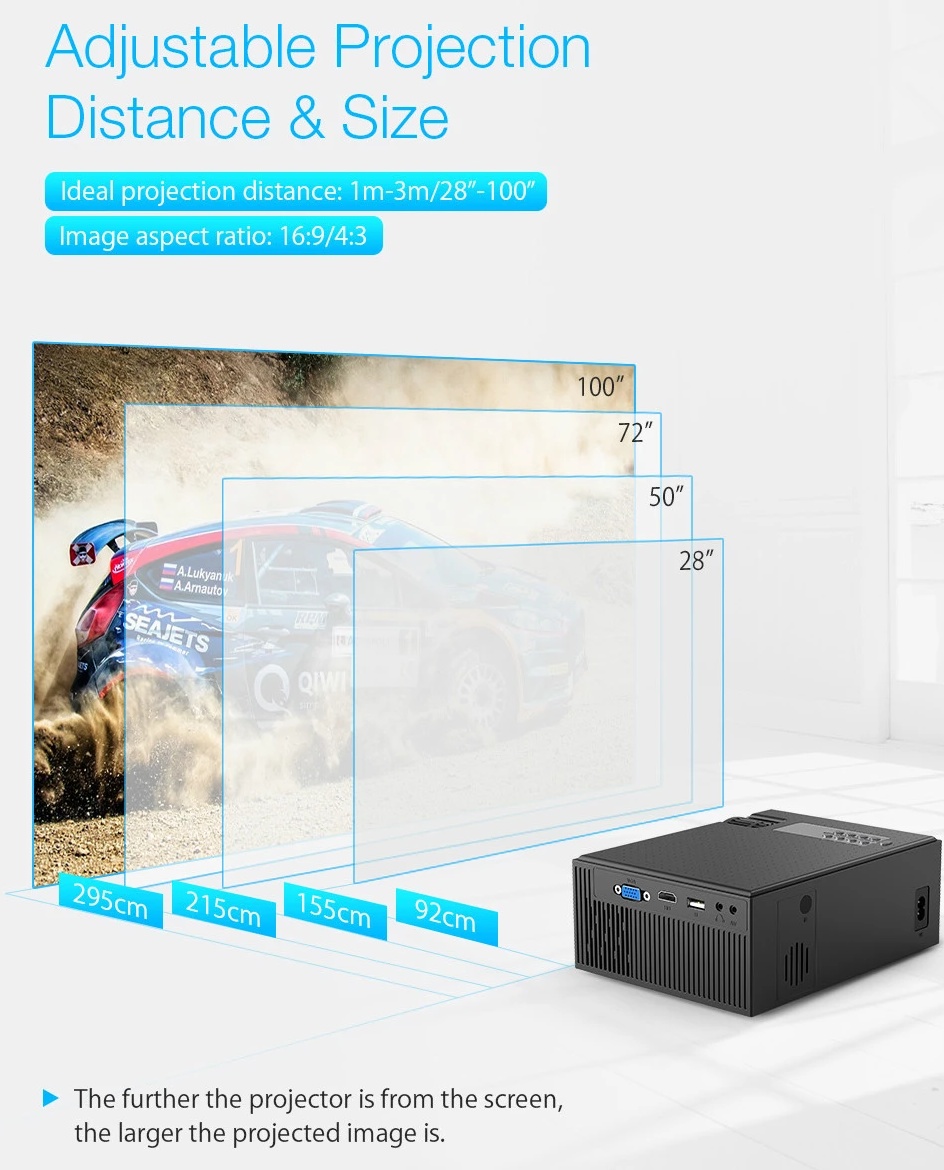 The USB port, as I wrote, is primarily used to connect a flash drive to the projector, for example, and to play movies and view pictures on it. I envelope in advance that no one will use the Blitzwolf projector to listen to music.

We can input images from game consoles, for example, through the HDMI port, but I don't have that. Because of this, I plugged a Xiaomi TV into it, which immediately turned me into a projector with almost the same knowledge as a Xiaomi smartphone. Of course, there will be no problem using it here either, connect the external device to the HDMI port, select the input and it will work.

This Blitzwolf BW-VP1 Pro projector is worth the price, you can currently get it from the Banggood store for $73 with a coupon code (BGALVP1). If you can live with HD, buy it with peace of mind! It is currently available from Chinese, Spanish and Czech warehouses. When choosing an EU warehouse, you do not have to reckon with additional costs, customs duties or VAT, of course in case of an EU order.