Kinatechs | 2020-06-13 00:48:35 | Source: GearBest (Sponsored)
We have been collecting offers from the GearBest store for a long time, now we will make up for it. Looking around the web store, you can find quite a few excellent phones, of which we have now selected only those that you can buy from European stock with fast delivery. 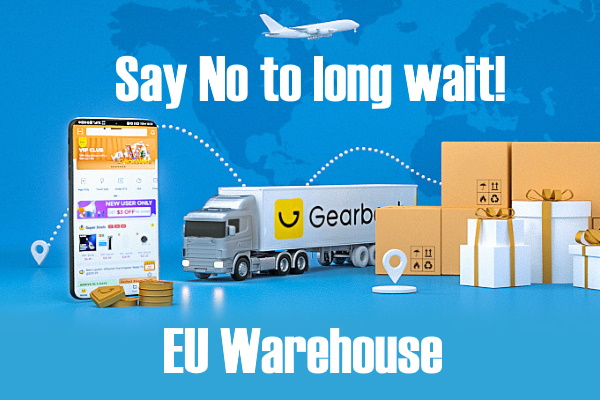 GearBest is one of the oldest and most trusted online stores in China, and most of the time we get reivew selected phones, tablets and other products from here. EU Priority Line delivery is available on the site, which offers duty-free delivery from China and Hong Kong, but the lead time can be 10-20 working days.
If you want to pick up your ordered phone sooner, you should look into the EU products in stock in the web store. Most of the time you can buy from stock in French, Spanish, Polish, Czech and German with fast delivery and of course duty free. We have now selected some of them for you.

Xiaomi’s mid-range device, Redmi Note 8 Pro, released last September, is one of the best deals around $200 to date. Thanks to the MediaTek Helio G90T system chip, the extremely agile device will not only be a loyal companion for the user in everyday life, but also excellent for running games. 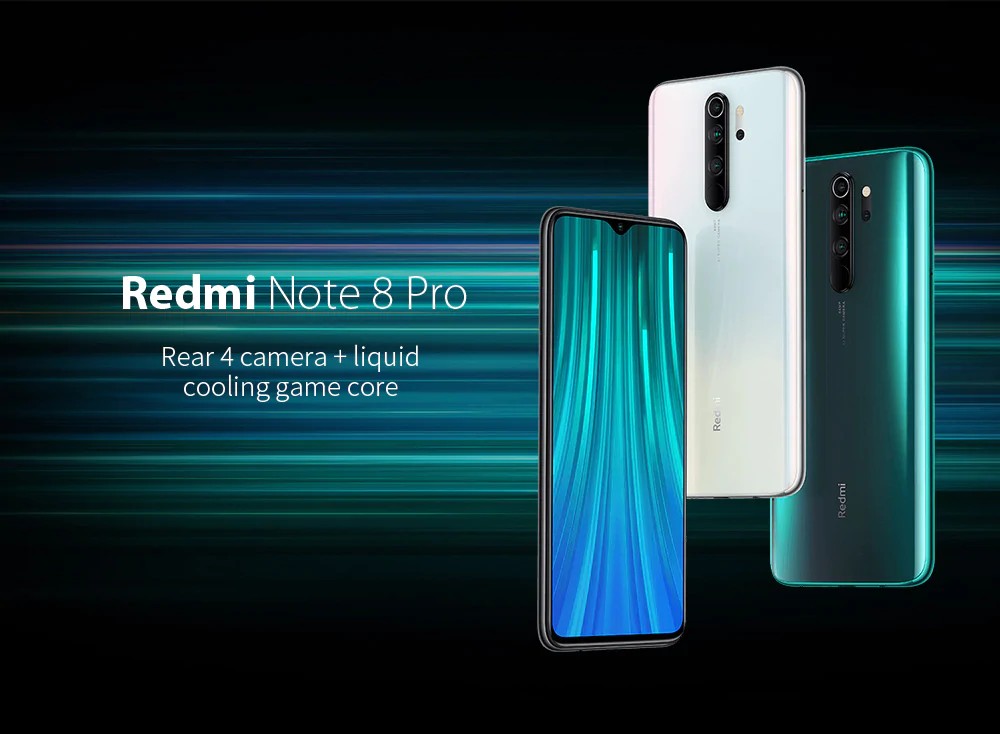 The 6.53-inch FullHD + display covers almost the entire front panel, which means that despite the large display, the phone measures just 161 x 76 millimeters. Another advantage is the large 4500mAh battery, which makes it impossible to achieve two or more days of use on a single charge. Despite the large battery, the housing itself is not heavy, as it is only 8.8 millimeters thick and comes with 199 grams.
The four-camera imaging system on the back is also unique in its category. Thanks to the 64 MP (Samsung Bright GW1) main camera, you can take extremely detailed pictures, and the Note 8 Pro also has no problem capturing 4K videos. In addition to the main camera, there is also a macro and a camera with a 120° wide angle.
The Redmi Note 8 Pro (6GB/64GB) with NFC and infrared could now be ordered from stock in Poland at GearBest for $204.99. The device, of course, has a multilingual operating system and, as it is an international version, it is compatible with all international mobile networks (including the B20).
You can access the offer on GearBest or via the link below:

You can find more of Oukitel phones on GearBest, fortunately many of them are also available from EU warehouses. The Oukitel Y4800 is a bit cheaper than the Redmi Note 8 Pro, but also has excellent parameters. Although the MediaTek Helio P70 system chip lags slightly behind the G90T mentioned above, it still performs excellently in the midfield. In addition to the SoC, we also have 6 GB of system memory and 128 GB of storage space, the latter of which can be further expanded at any time with a MicroSD card. 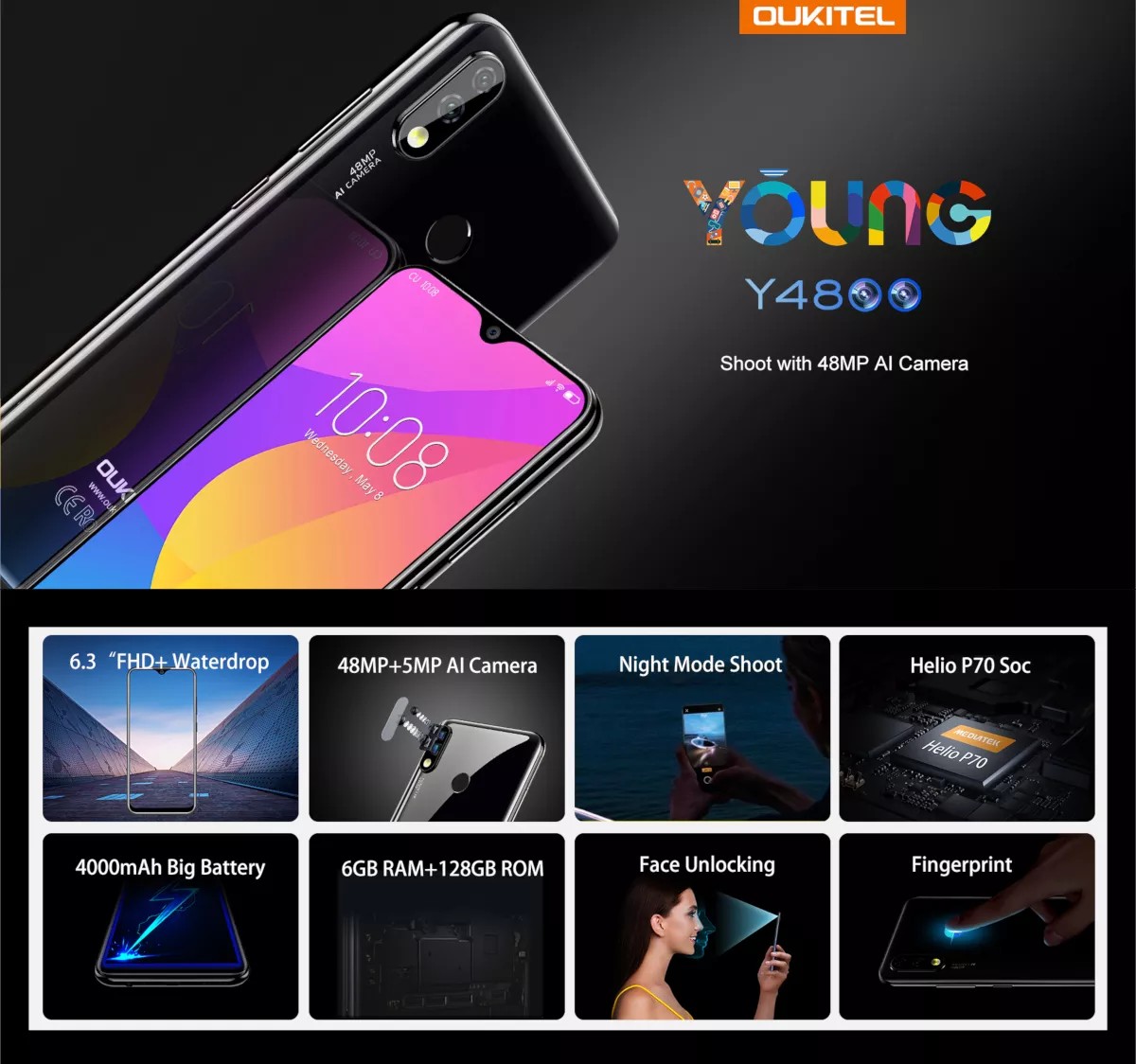 The 6.3-inch FullHD + resolution IPS display on the front panel covers the entire phone, with just a drop of camera cutout at the top, the 16-megapixel front-panel camera. There are also two units on the back: a 48 MP (hence the name: Y4800) and a 5 MP wide angle camera.
Using the primary high-brightness (f/1.8) sensor, the so-called Night Mode Shoot can be turned on, allowing you to take great pictures even in low light.
Below the back cover is a 4000mAh battery, which, according to the manufacturer, is enough for nearly 23 hours of phone calls or 13 hours of video viewing. Of course there is a fingerprint reader, dual-band Wi-Fi, GPS support and a multi-language operating system.
Oukitel Y4800 from stock in Germany is now available for $189.99 can be ordered with free delivery:


You can also find other Oukitel devices on the site, which you can order with fast delivery. The Oukitel C17 Pro is more of an entry-level model, now available for $129.
If you want a longer operating time, you should check out the Oukitel K7 Pro mobile, which has a huge 10,000 mAh battery with up to a week of operation on a single charge. Price from a warehouse in Poland is about $136. 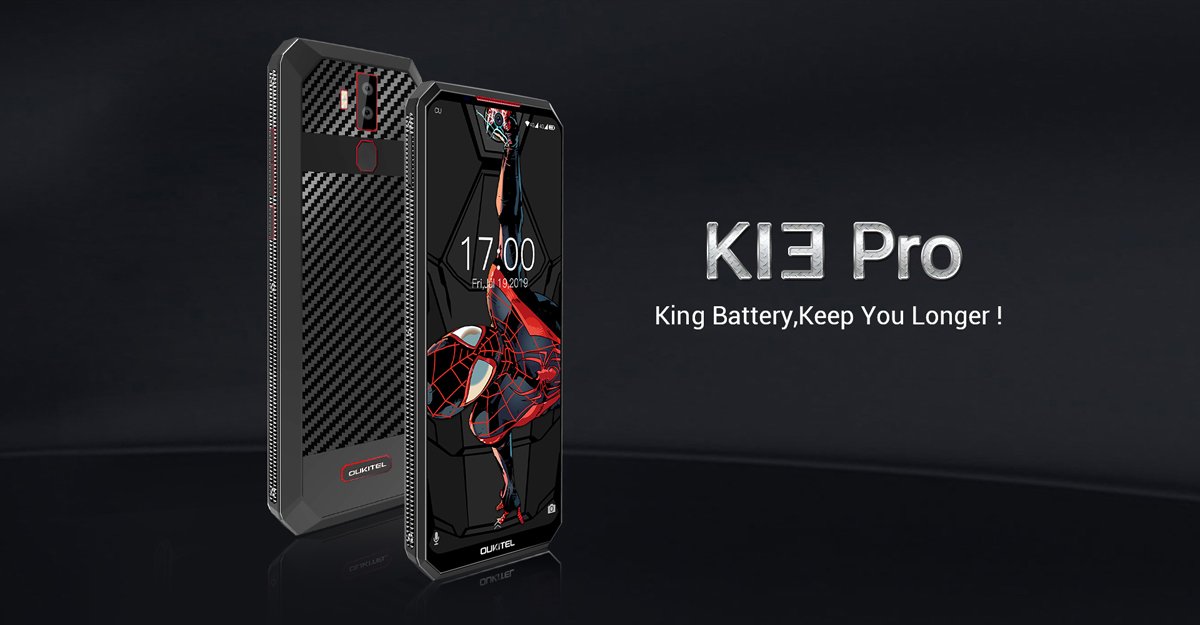 The Oukitel K13 Pro is also trying to seduce prospective customers with its uptime, and thanks to its 11,000 mAh battery, it has a chance. Compared to the K7 Pro phone, the newer model offers a more sophisticated look, 30W fast charging capability and NFC support. Along with these, the device is priced at $209.99.
Cubot P30

Finally, we have brought you some Cubot phones that you can now buy quite cheaply at the border of entry level and mid-range. Cubot phones are also known in Europe, and thanks to great goods, many people choose the manufacturer's products.
Here, for example, is the Cubot P30, which comes with a colorful housing, which has a clean, youthful appearance on the outside and plenty of power inside for everyday use. 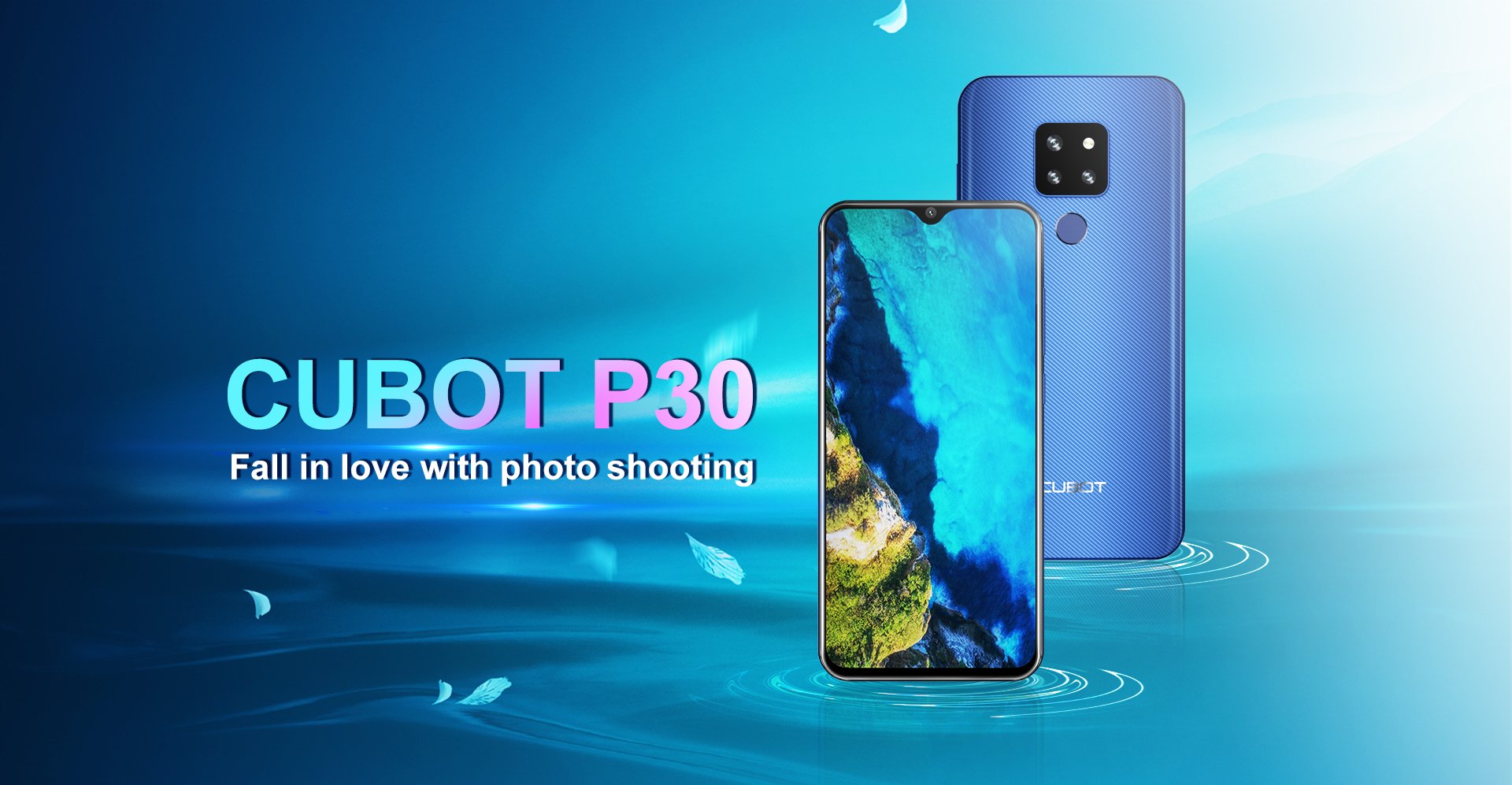 Available in blue, green and black, the front of the mobile phone features a 6.3-inch FHD + resolution display with a drop-shaped cutout for the front camera.
The device is driven by one of the most common MediaTek system chips, the Helio P23, which is not a fresh piece of hardware, but is still plenty for average use. In addition to the SoC, the manufacturer has designed 4 GB of memory and 64 GB of expandable storage.
There are also 3 cameras on the back: a 12 megapixel main unit (Sony IMX486), a 20 MP depth of field sensor and an 8 MP widescreen.
Under the cover is a 4000 mAh battery that is acceptable in this price range. The other features of the device do not bring anything outstanding, but we can say that it brings the obligatory ones: there is Bluetooth, GPS, dual-band Wi-Fi, USB Type C connector, face recognition, Hungarian-language Android 9.0 operating system.
The Cubot P30 is now priced at $134.99 from stock in Spain. Shipping is free when you order your phone.

You can also find more Cubot phones on GearBest, which can be accessed via the following links:

You can find more detailed descriptions of the above-mentioned phones on our website in the data sheet of the given device.
Be sure to keep an eye out for our daily updated coupon code page where you can see the current offers currently available.
More news