The DOOGEE N20, among low-cost mobiles, came out with exceptionally rich features last August, and since it was much cheaper than other mobiles with similar knowledge, it quickly became popular. The recently released DOOGEE N20 Pro wants to take this reputation forward without actually changing much of the proven recipe.

The DOOGEE N20 Pro came with a more powerful processor, more memory and more storage, but the price has barely risen. Currently, in the introductory promotion of GearBest, you can order a device with 6 GB of memory and 128 GB of storage for $129.99:


DOOGEE’s latest entry-level smartphone has outstandingly good parameters when we look around the market, at the moment, we can’t even find a similar mobile phone.
On the front of the N20 Pro is a 6.3-inch FullHD+ (1080x2280 pixels) resolution, IPS display, with a 16-megapixel Samsung front-facing camera in a cutout at the top. 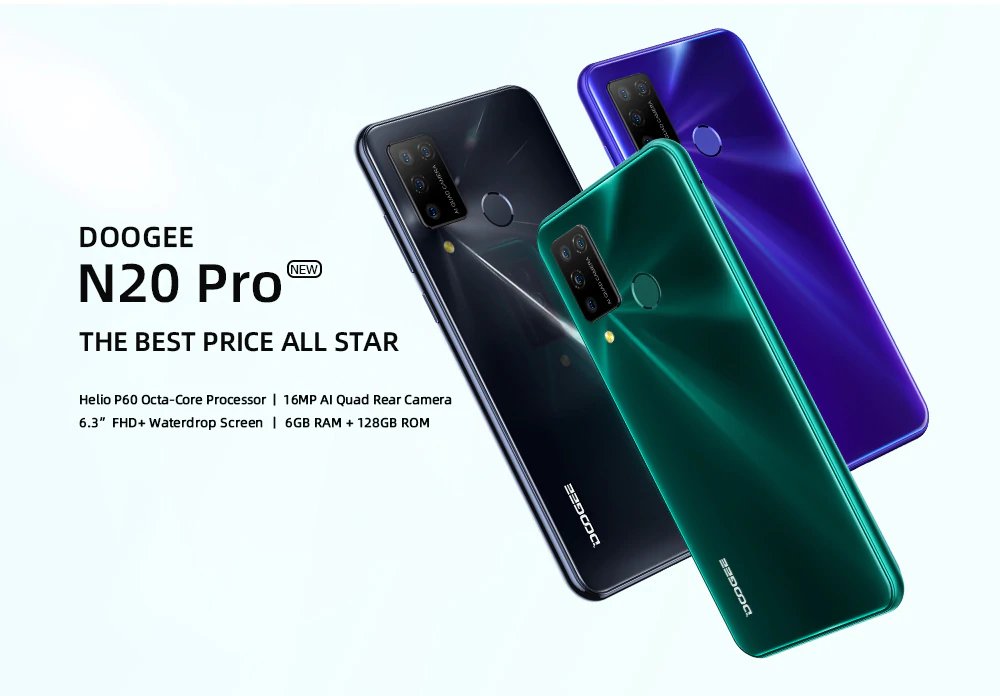 Behind the front panel is MediaTek's eight-core system chip, the Helio P60, which has been seen most in mid-range mobile phones so far. In addition to the MediaTek SoC, we find 128 GB of internal storage and 6 GB of memory, yes, no spelling, DOOGEE has packed this into its latest mobile phone, which can be purchased for less than 40,000 HUF.
There are also four cameras on the back, although only the primary 16-megapixel (Omnivision) AI camera can be used. Next to it are additional imaging devices: an 8-megapixel widescreen, a 2-megapixel portrait, and a 2-megapixel macro camera that can take photos from up to 4 centimeters. 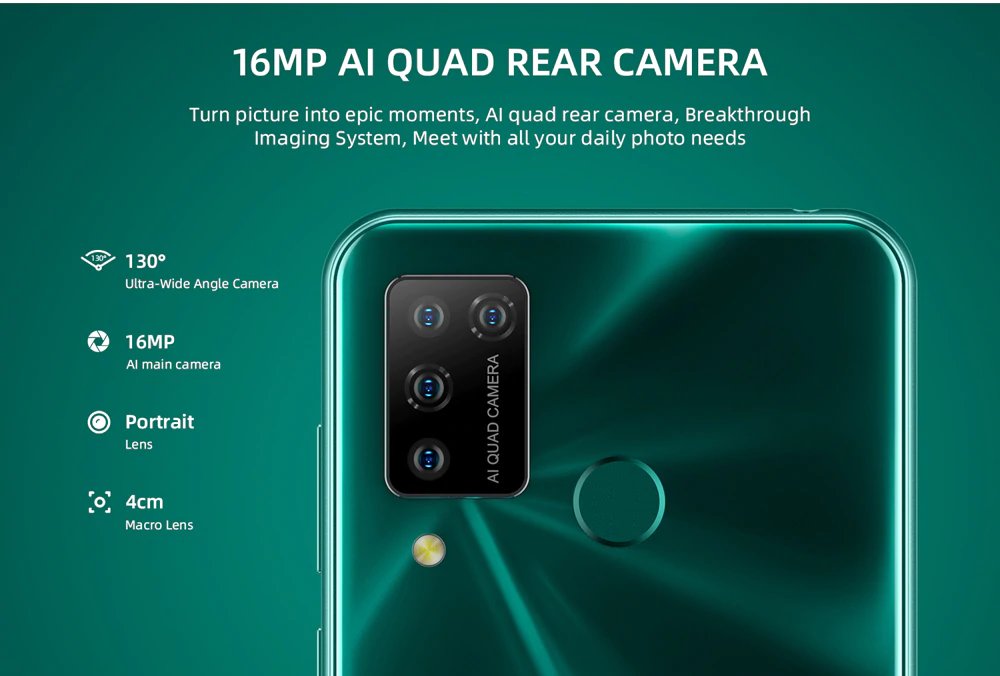 The entire device is powered by a 4400mAh battery, which, thanks to the economical MediaTek chip, can operate for up to 2-3 days on a single charge. Based on official manufacturer data, 360 hours of standby time, 10 hours of gaming, 12 hours of video recording, 28 hours of music listening or 19 hours of telephony can be brought out of the high-capacity battery.
Dedicated to the year 2020, we already have the latest Android 10 operating system on the phone, of course cleaned up, installed only with the basic apps. The system is multilingual, ie like other DOOGEE mobiles, so you can select any language.
The other parameters are average, so we get dual-band Wi-Fi, 5.0 Bluetooth, dual SIM support, rich positioning system (GPS, GLONASS, Beidou, Galileo) and international mobile network support.
Also available in three colors, the DOOGEE N20 Pro is the cheapest Helio P60 mobile currently available, with 6GB of memory and 128GB of internal storage. It can be said, however, that it is unlikely to compete with the models of the more expensive, more reputable manufacturer. For those who can't afford phones that cost much more, but they need a lot of storage space and a lot of memory, the latest model of DOOGEE can be a particularly good choice for them, which you can buy for just $129,99.

There are several differences between the two mobile phones, such as processor, manufacturing technology, Android version, rear-facing cameras and battery size. A more detailed list is given in the table below: 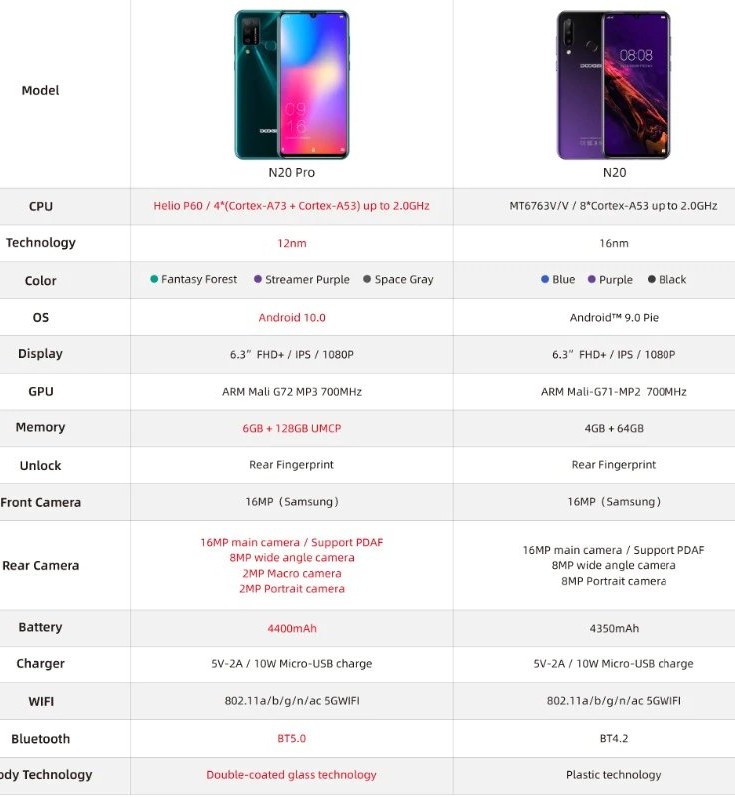