Kinatechs | 2019-06-09 12:01:47 | Source: TomTop (sponsored)
Ulefone has updated its Ulefone Armor series this year. This time the manufacturer has not only improved the appearance, but the Ulefone Armor 6e, which is an excellent value for money, is finally in the hardware. In addition, the latest Ulefone model can be ordered much cheaper than the original price in TomTop's action. 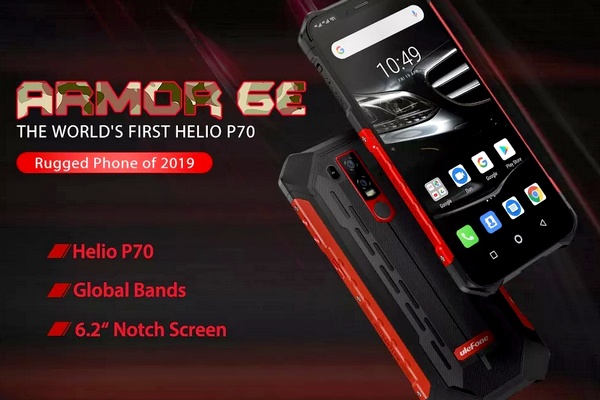 Ulefone's business policy has changed dramatically over the past few years, making it the most popular product in the past: rugged and big battery phones. The decision itself is understandable, as the basic "normal" phones already have a lot on the market, besides, we can also buy mobile phones that fit our budget from larger manufacturers.

Those who are looking for a rugged phone, however, are unwilling to stumble upon Ulefone's products. Ulefone's Ulefone Armor Series has been enriched with many new models over the past six months: Ulefone Armor 3, with its Ulefone Armor 3T and Walkie-Talkie features, came with Ulefone Armor 6 in January. and the strongest device among rugged mobile phones. 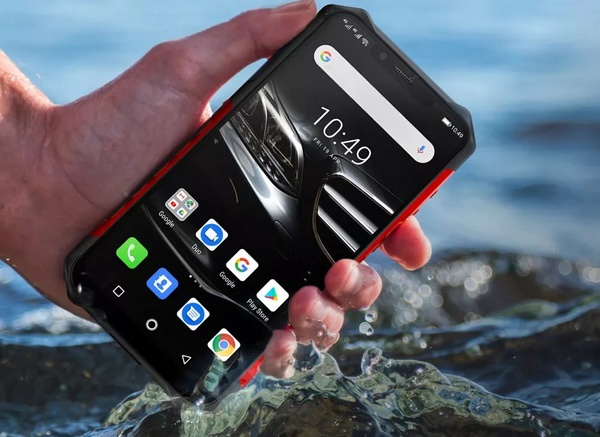 Ulefone Armor 6e is the first Ulefone mobile to receive the fastest available MediaTek system chip, the Helio P70. With a 12nm production technology, the eight-core SoC features ARM Cortex A73 and A53 processors with a maximum clock speed of 2.1GHz. Compared to its predecessors, the graphics unit has also developed a lot, with the ARM Mali-G72 MP3 GPU serving in the Helio P70.


Armor 6e has been awarded a number of important ratings, one of the most important of which is dust, water and shock resistance IP68 / IP69K. The device can withstand 2 hours of water in 2 meters and a full day in 1 meter of water without any trouble.
In addition to the IP68 / IP69K, the mobile got one of the most well-known military ratings (MIL-STD-810g). 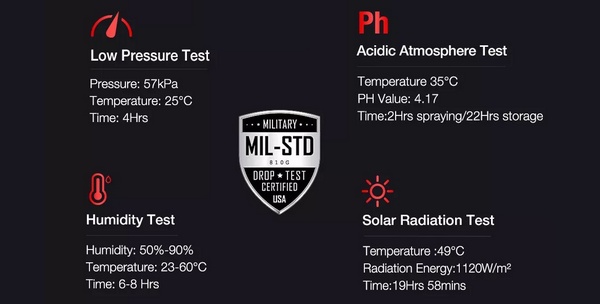 The Ulefone's new model is following trends: the large 6.2-inch FullHD + display has a cutout at the top, so the size of the display does not increase the size of the device itself. The entire front panel is covered with Gorilla Glass, so you don't have to worry about the small scratches during use.

The 4 GB of memory and 64 GB (expandable) storage space are enough in the middle. Of course, if you need more storage, you can upgrade with the MicroSD card.


The Armor 6e also features a special feature like the ultraviolet light detector. This is best for hikers and athletes, as the device warns against high UV radiation.
Next to the UV sensor on the back, you can find 16 + 2 megapixel rear panel cameras with dual LED light. According to the manufacturer's data sheet, the rear main camera uses a Samsung S5K3P9 sensor with an extremely bright aperture of f / 1.8. The front panel has an 8 megapixel module. 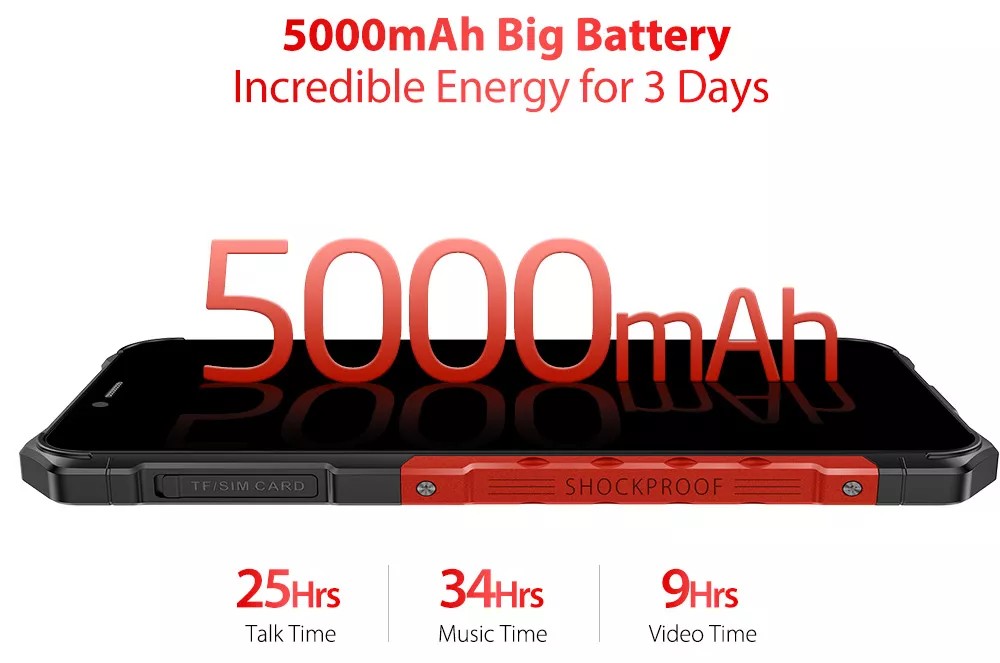 For rugged mobiles, the size of the battery underneath the backsheet and the excellent lifespan associated with it can be a factor affecting purchase. Well, in Ulefone Armor 6e, we don't have to keep it running fast. The 5000mAh power source is sufficient for 25 hours of telephone calls, 34 hours of music listening or 9 hours of continuous video viewing.
The USB Type-C port allows you to charge your phone very quickly to 100% thanks to the 18-Watt Quick Charge function.

We also have plenty of convenience features when purchasing Armor 6e, such as the 10-Watt Qi Wireless Charge, the 0.2-second Face Detection System, or the Fingerprint Scanner.


You can now buy Ulefone Armor 6e in your TomTop store promotion for $199.99. No coupon code required for purchase.
It is worthwhile choosing the "Duty Free" option when shipping, because in this case it is very likely to avoid customs clearance at home.

The promotion is available on the webshop: