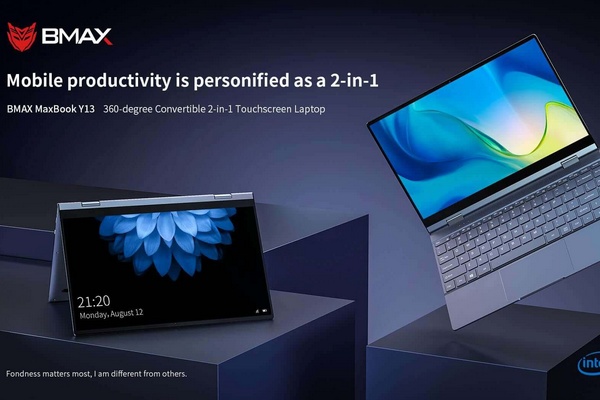 There are plenty of BMAX models on the online market place, which have won the favor of customers with their great goods and reliable features. The Y13 is easier to use due to its size, its uniqueness is not only in the FullHD resolution IPS display. But in that it is touch sensitive and 360 degrees, it can also be folded on the back of the laptop. This way, it can even be used as a tablet, making it easier to work and consume content not only on a longer trip, but at home as well. 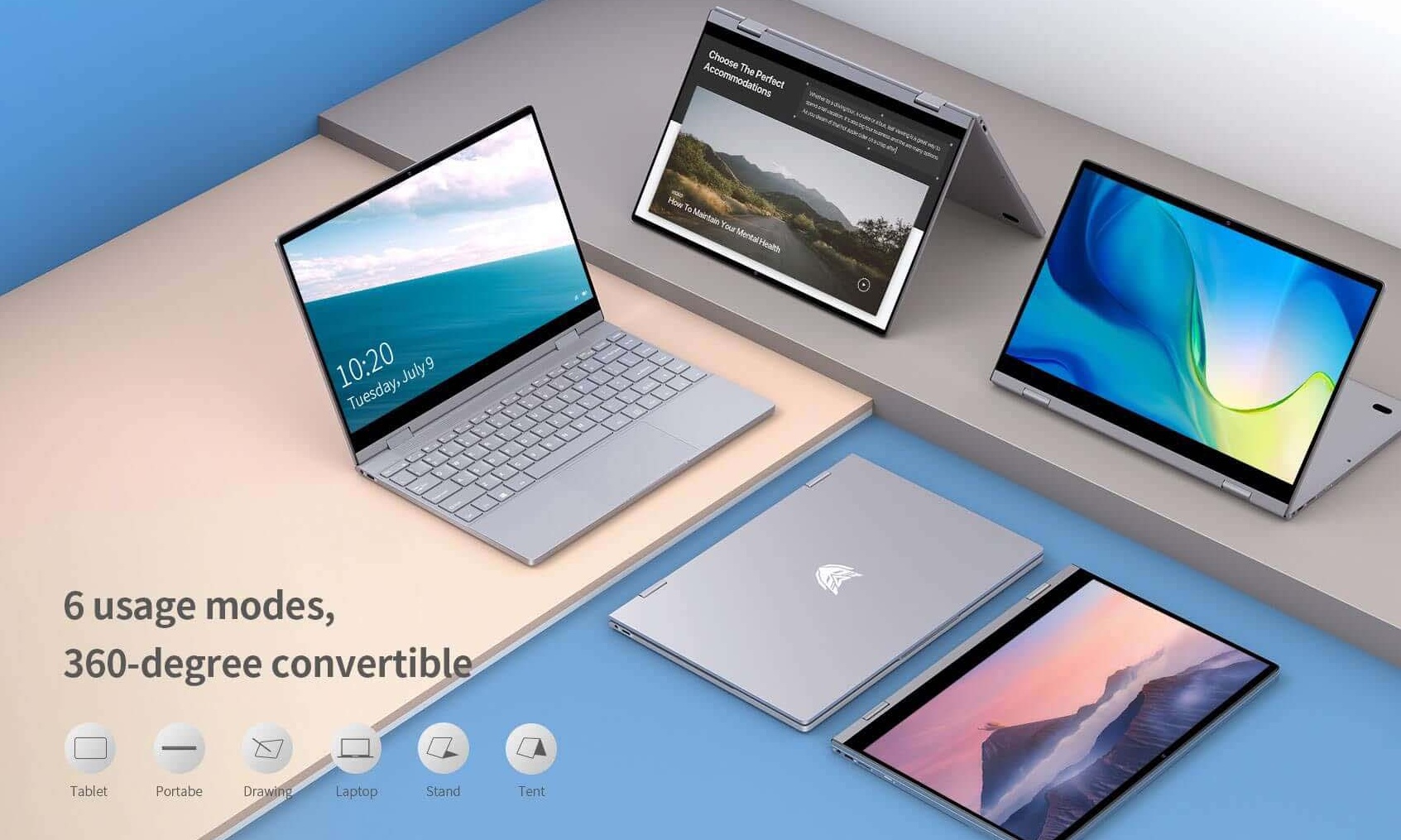 The hardware parameters have not changed compared to previous models: that is, it has very good features overall and in terms of price. The size of the memory and storage is above average in this price segment as we get 8GB of LPDDR4 memory. The size of the internal storage is 256GB, which is provided by an M.2 SSD, so we can't complain about the speed either. 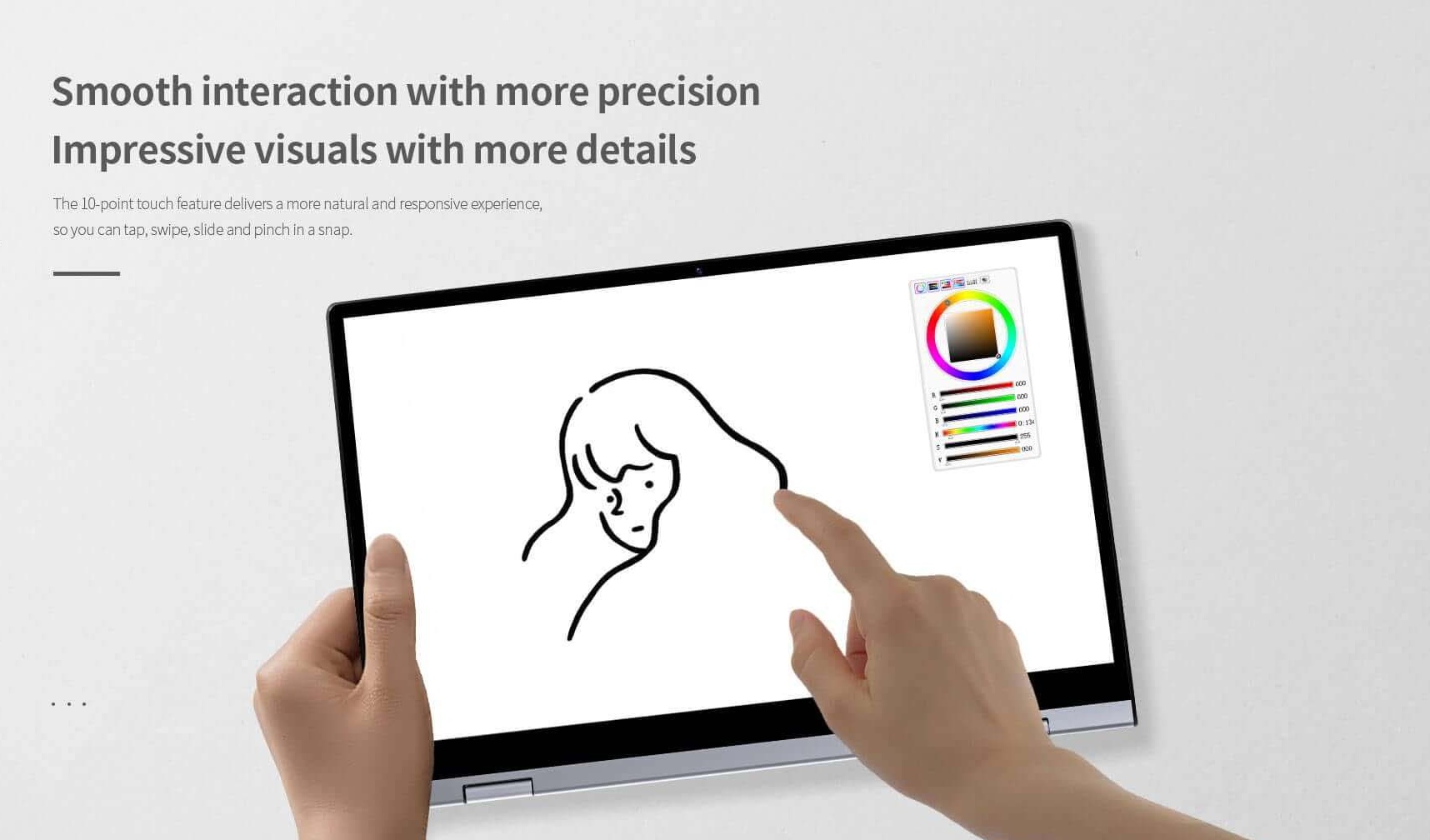 The small laptop was given an all-metal cover. The laptop measures 30.75 x 20.8 x 1.47 centimeters and weighs 1.25 kilograms. Wireless connections include 2.4 and 5GHz WiFi and version 5.0 Bluetooth. The front panel camera has a resolution of 1 megapixel, so don’t expect miracles from it, but you can join a conference conversation with it.

In terms of connectors, it is equipped with a MicroSD card reader, a headphone jack and two USB Type-C ports, through which the video output can be solved using an HDMI converter.

The hardware base is provided by the Intel Gemini Lake N4120 processor. The low-power processor (up to 6W) has four cores with a base range of 1.1GHz, which can grow up to a maximum of 2.4GHz. The GPU is the Intel 9th Generation UHD Grapchics 600, which towerds a new era of vision. 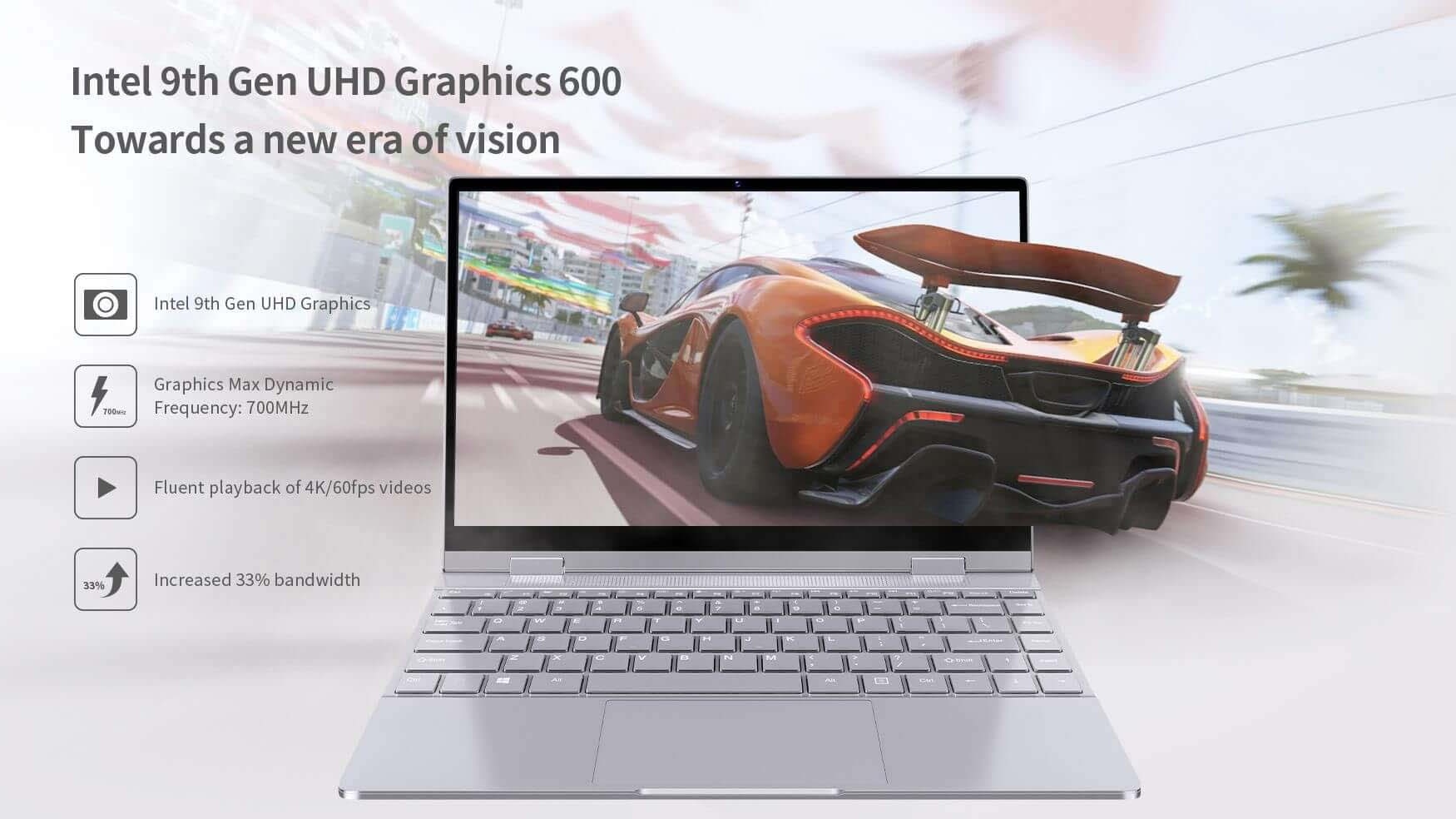 The laptop is running Windows 10, has an English language QWERTY keyboard layout, but of course it can be re-labeled with a sticker for any other layout. The functions of the buttons, ie the language, must then be set in the operating system. The keyboard also has a two-step adjustable backlight so you can work on it at night.

The BMAX Y13 at the Banggood store is currently priced at a great price of $364.99, which is a great offer for a 2 in 1 ultrabook.

Use the coupon code BGBXY13KP when making your purchase

Slightly cheaper, you can also order the BMAX Y13's smaller 11in-inch laptop, the BMAX Y11, with a 11.6-inch display, but with similar knowledge, also at a special price. The great notebook with coupon code is now just $ 319.99. You can also get the promotion from the Banggood store: