This new chip is a version of the SoC T618, which we can see for example in the Alldocube iPlay 40, which basically has clock speeds, does not include an iA module and continues with the manufacturing process in 12nm. In this new tablet we also have Android 10 as OS, 4G-LTE modem to have good connectivity and a metal body that make this tablet quite attractive. The rest of its hardware is within what is expected for its price and its 4 GB of RAM stands out.

The Bmax MaxPad i10 tablet integrates as a motor a UNISOC T610 SoC an Octa Core includes 2 high-performance ARM Cortex-A75 processors capable of reaching 1.8 GHz, six ARM Cortex-A55 processors with a maximum speed of 1.8 GHz and an ARM GPU Mali-G52 MP3 that reaches 614 Mhz. In the memory section we have a generous 4 GB of LPDDR4 RAM and storage we have 64 GB of eMMc memory that we can expand by the micro SD card reader with up to 2 TB.


The touch screen of the Bmax MaxPad i10 is a 10.1 inch IPS with a resolution of 1920 × 1080 pixels and reduced frames. At the top of the screen we have a 2 MP camera with microphone that complements the rear 5 MP with flash. 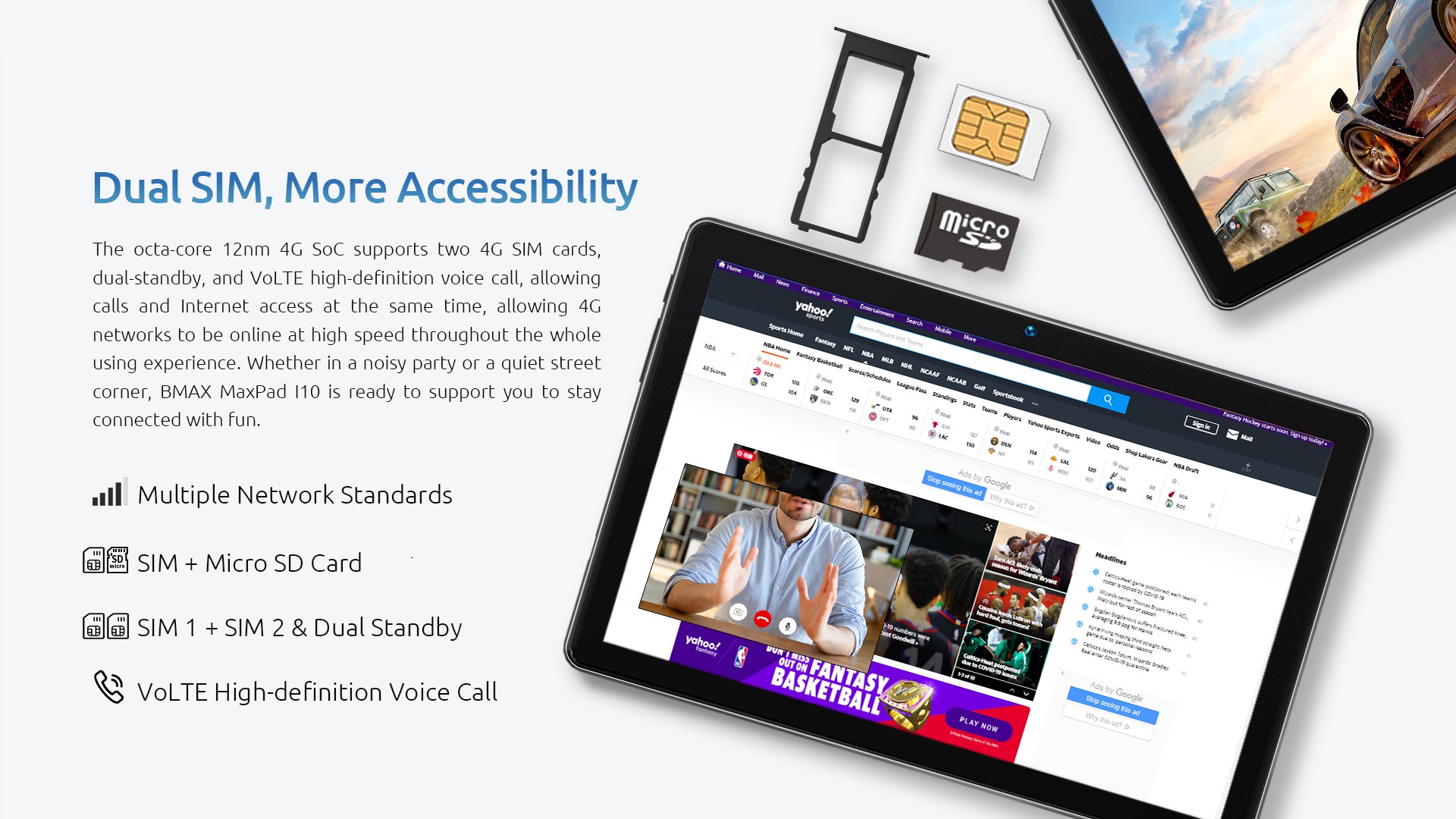 This tablet integrates a 4G-LTE Multiband modem with a dual SIM tray, Wifi aC, Bluetooth 5.0, GPS, a 6000 mAh battery that theoretically lets us see up to 7 hours of video and two speakers. In terms of connectivity, we have a USB Type-C port for data, a 3.5 mm audio jack and a port for battery recharging.

The Bmax MaxPad I10 is available as an introductory promotion from the Banggood store, currently for just $139.99. This price is only valid for the first 200 orders, after which the price will increase. Up to the final price of $149.99. If you want to get a great 4G, Android 10 tablet, you should hit the offer. 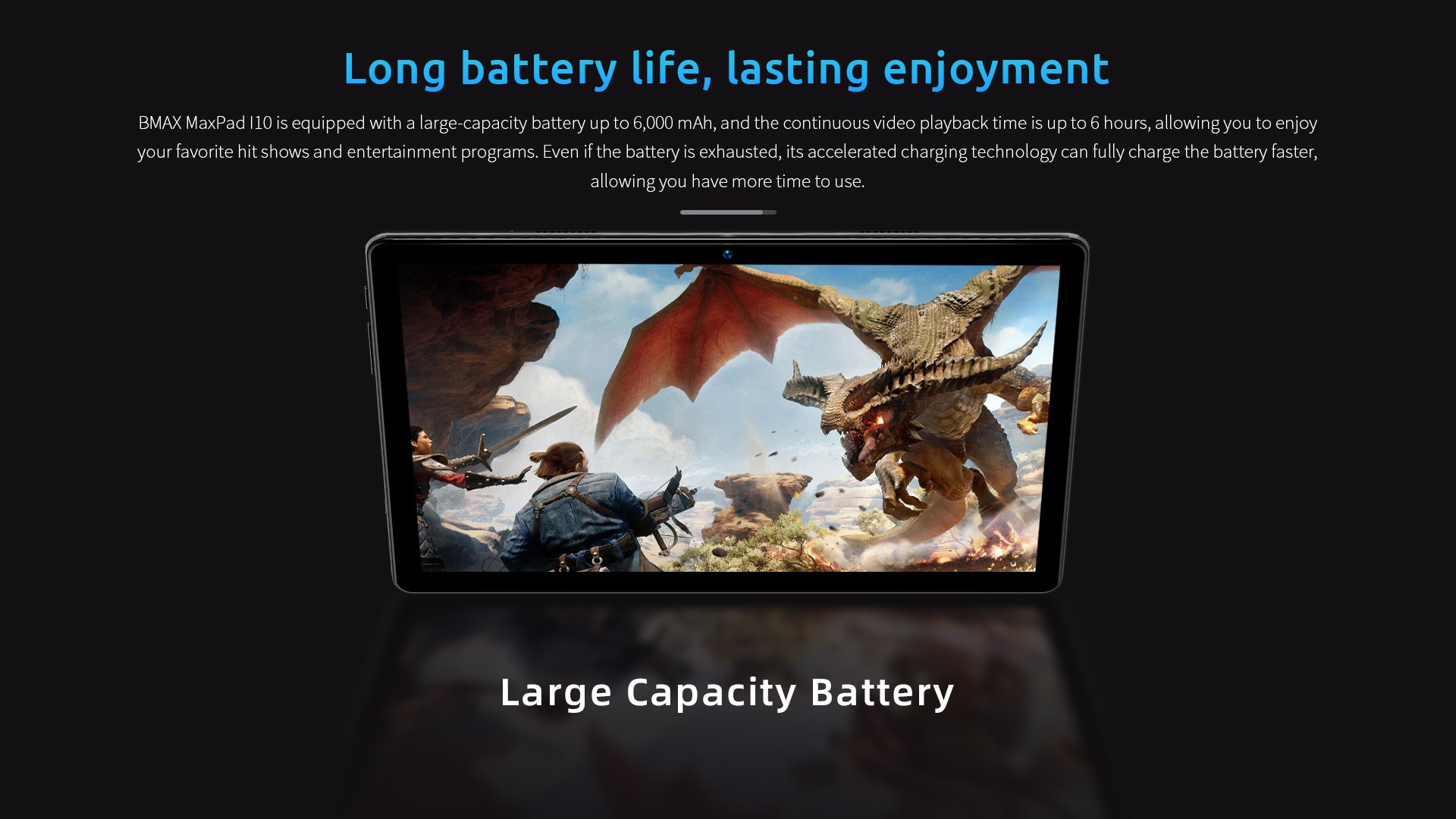