Kinatechs | 2021-01-20 20:06:55 | Source: Banggood (Sponsored)
After the Blitwolf projector promotions of the last few days, here is a brand new product that is now coming out: the Blitzwolf BW-VP9. The projector is equipped with Android 9 system and FullHD resolution at an excellent price. 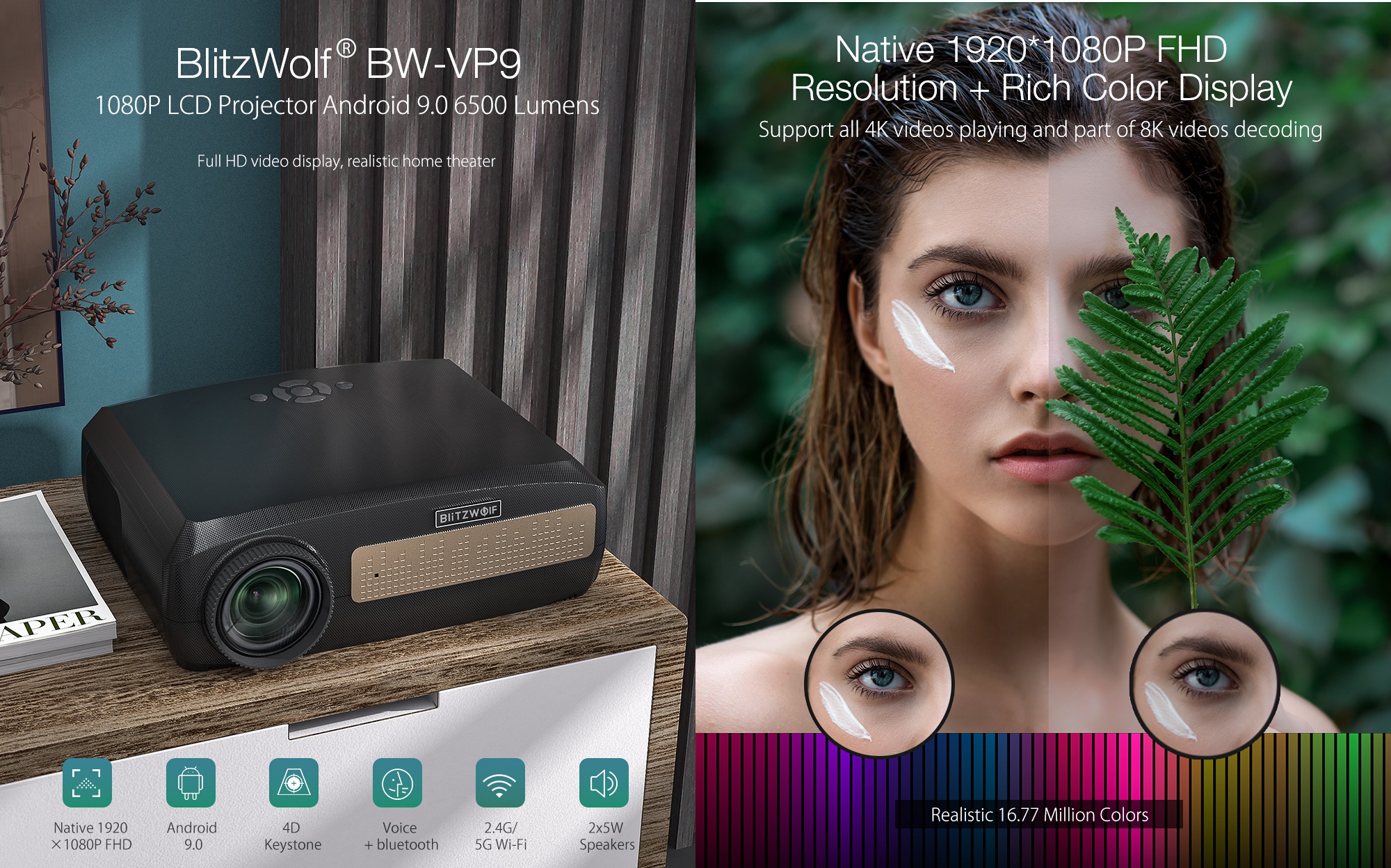 Recently, we introduced you to two cheaper projectors, the Blitzwolf BW-VP1 and the portable Blitzwolf BW-VP5 with its own battery. The current Blitzwolf BW-VP9 is a brand new piece with much more serious capabilities that you can now purchase in the introductory sale for just $249.99. You can even buy it even cheaper with a coupon code. You can find the coupon code at the bottom of the page.

The BW-VP9 promises a brightness of 6,500 lumens, which would be difficult to measure, but in principle it will be one of the brightest BW projectors to date, which sounds pretty good. The LED lamp has 40,000 hours in it, which means it will last until we want to replace it for other reasons. Its resolution is native FHD, which is provided by an LCD panel in it. You can project an image of up to 200 inches from a distance of 1.8 to 5 meters. A projector screen can do that, but if we only have a blank wall surface, that's not a bad thing either. 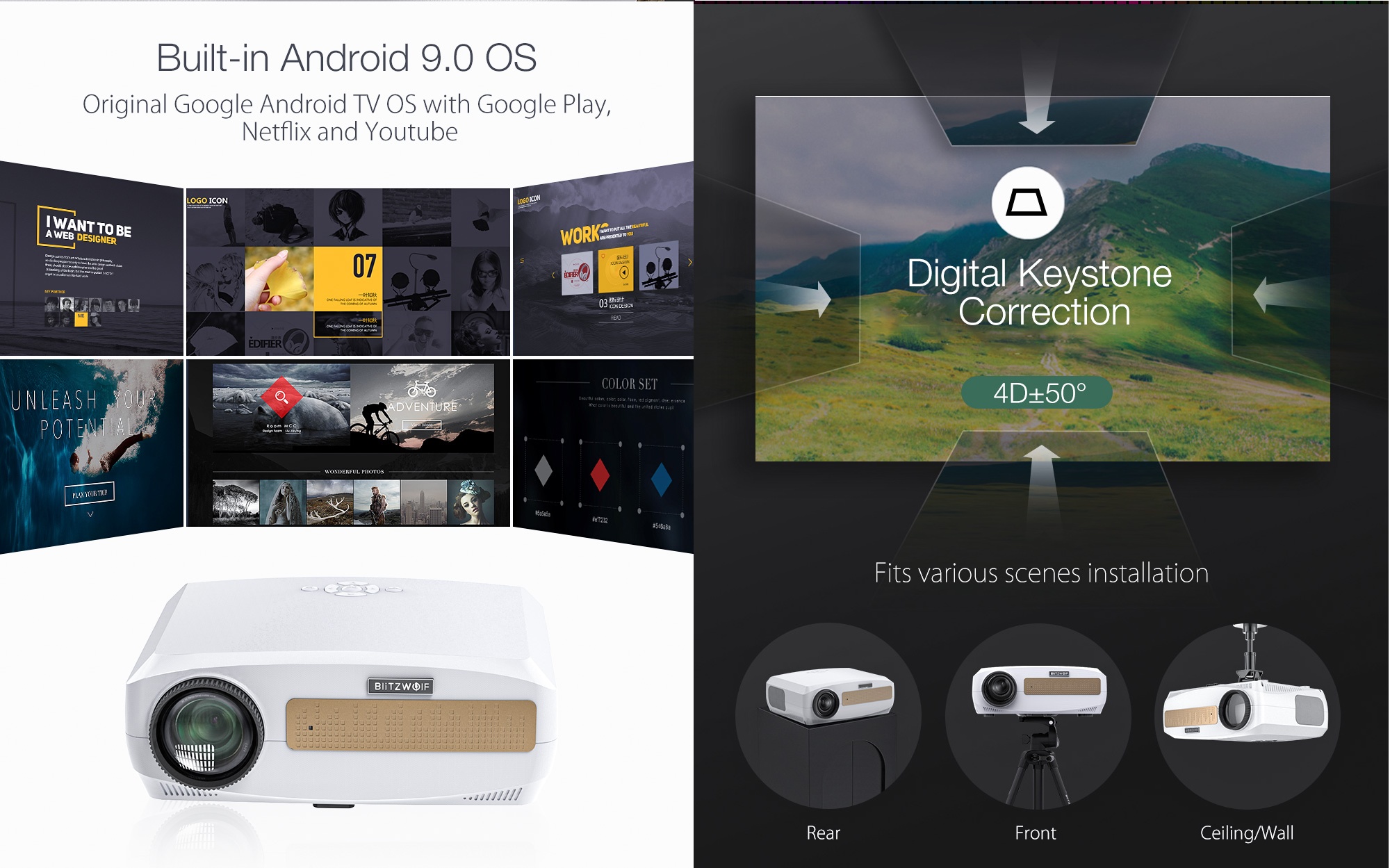 Keystone correction is the biggest bang in it, as it works in both vertical and horizontal directions and doesn’t have to be fun by hand, but can be digitally customized. And he knows not only 10-15% as his partner, but even 50%. This is amazingly good, this function is very important for projectors, because you don't have to place the machine exactly against the screen, but you can even project from below and from the side.

the remote control is also Bluetooth, so it detects from everywhere, you don’t have to suffer with it like with infrared solutions. Here you can guess that if there is Bluetooth in the machine, it may be hiding other clues, and our intuition is not deceiving. It runs an Android TV operating system, so a complete TV box has been built in, with 2GB of memory and 16GB of storage. But more importantly, pre-installed Netflix, Google Play, YouTube, Kodi and others are available. WiFi also supports the 2.4 and 5 GHz bands. 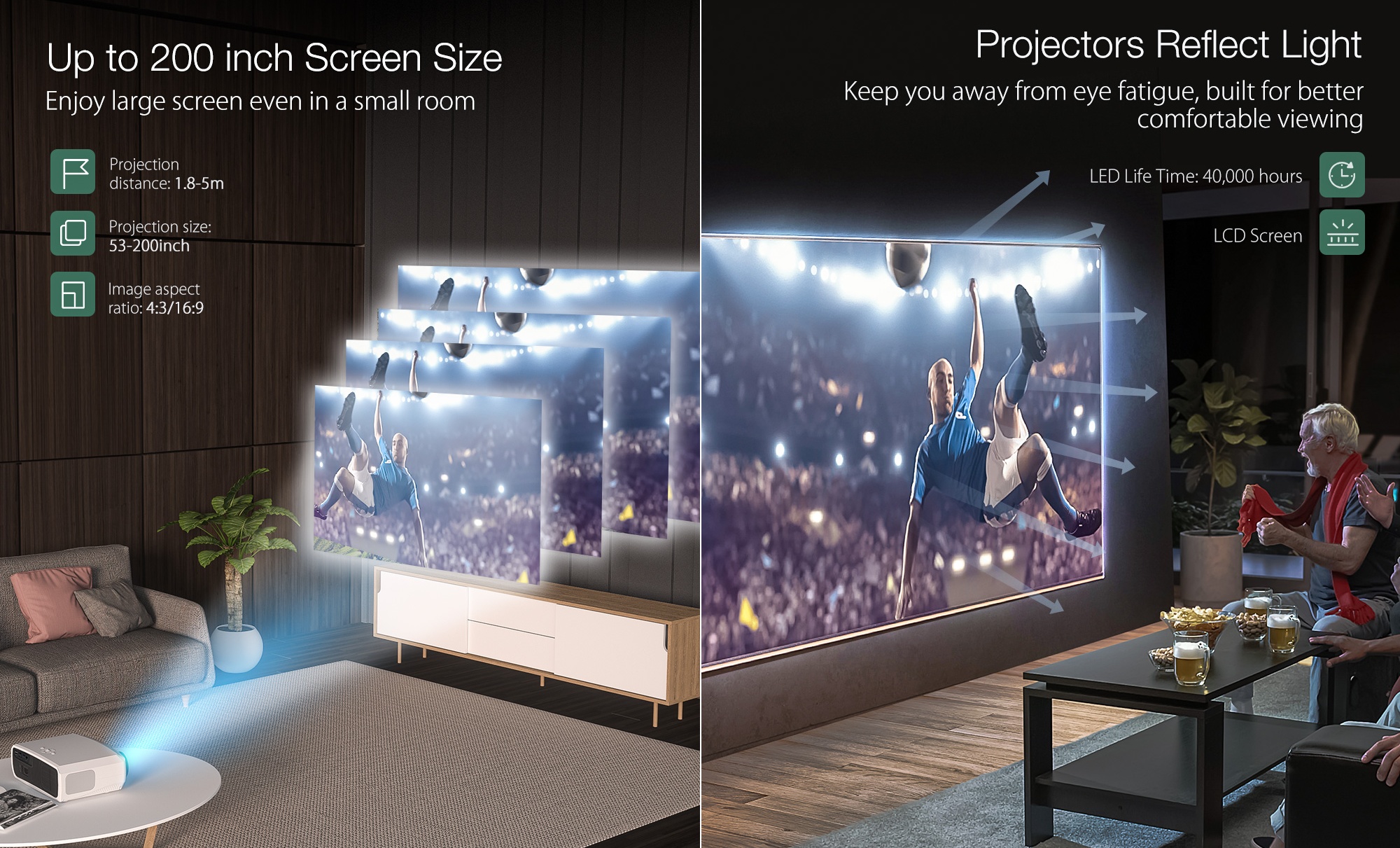 Of course, the projector also has a built-in 10-watt speaker, and we also get quite a few from the various connectors. It has two USB inputs, two HDMI ports and a LAN connector.

The Blitzwolf BW-VP9 is available in black and white, is 30 × 22.5 × 13 centimeters in size and weighs 2.8 kilograms, so it really doesn’t weigh much. If we look around the different foreign sites, we can see that with a better specification, we don’t get a very better projector for that price. The product is currently available for $249.99 from Banggood, and we can even take the final price a little lower with coupon code BGVP9. The final amount after entering the code is $229.99.