Before, when it comes to thermal camera phone, CAT S61/S60 would be the only two that come into your mind. But now the situation is different. Blackview released a BV9800 Pro rugged outdoor smartphone on October 18 that is Thermal by FLIR® and boasts Sony® 48MP camera. Early in September, the thermal imaging topic of BV9800 Pro went viral when Blackview started the warm-up marketing. Even though the Blackview BV9800 Pro is a late-comer, the strength shall not be underestimated. It would be interesting to see how both the smartphones stack up against each other. 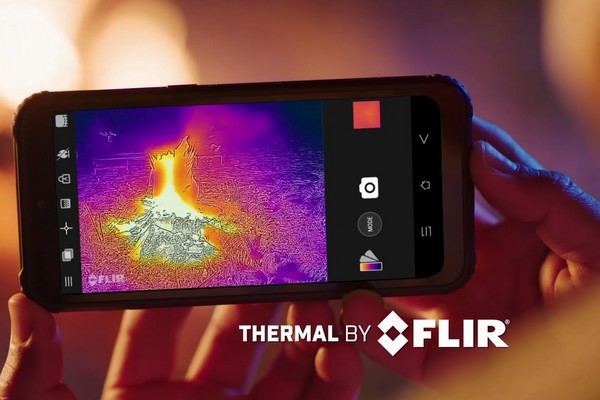 Display & Design
The Blackview BV9800 Pro and the CAT S61 boast the most impressive design and build quality. Both have a super rugged body that is waterproof, drop-proof and dustproof (IP68&IP69K&MIL-STD-810G certified), but they differ in their look and display. The Blackview BV9800 Pro sports 6.3-inch IPS display with 19.5:9 aspect ratio. It supports a full HD resolution of 1080 x 2340 pixels. The CAT S61 sports 5.2-inch FHD (1080 x 1920) IPS display with classic 16:9 aspect ratio. In appearance, the Blackview BV9800 Pro looks more modern thanks to its waterdrop notch and a larger display, while the CAT S61 has a more original design scheme, with a prominent bulge on the top. Which one do you prefer? 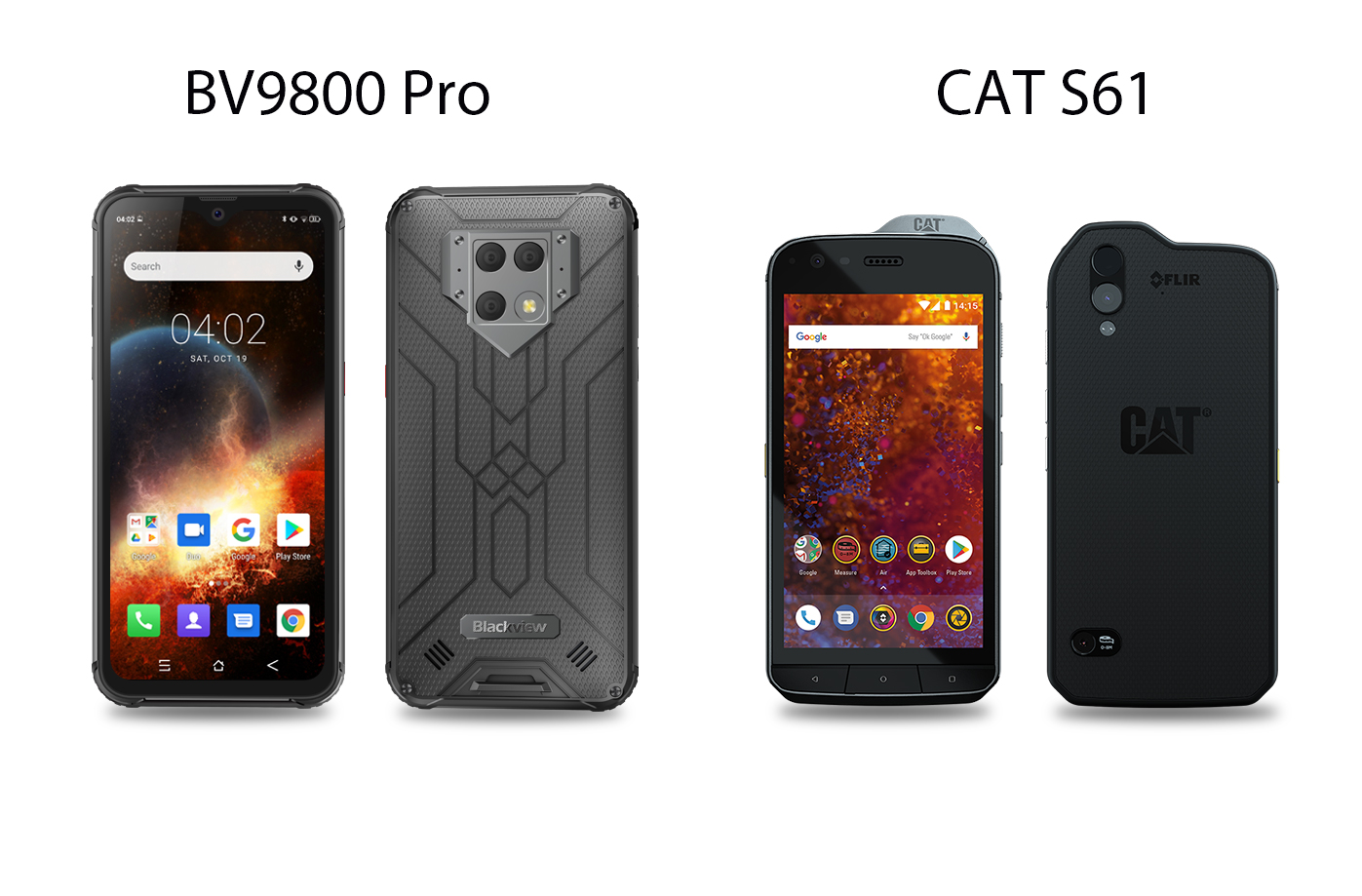 Hardware & Software
If the design and the display does not attract your attention particularly, the hardware & software definitely would, especially if you consider the price tag of the phone. The Blackview BV9800 Pro is powered by MediaTek chipset, while the CAT S61 is fueled by Qualcomm chipset. In terms of the chip manufacturer, the two phones are really locked in a tight battle. 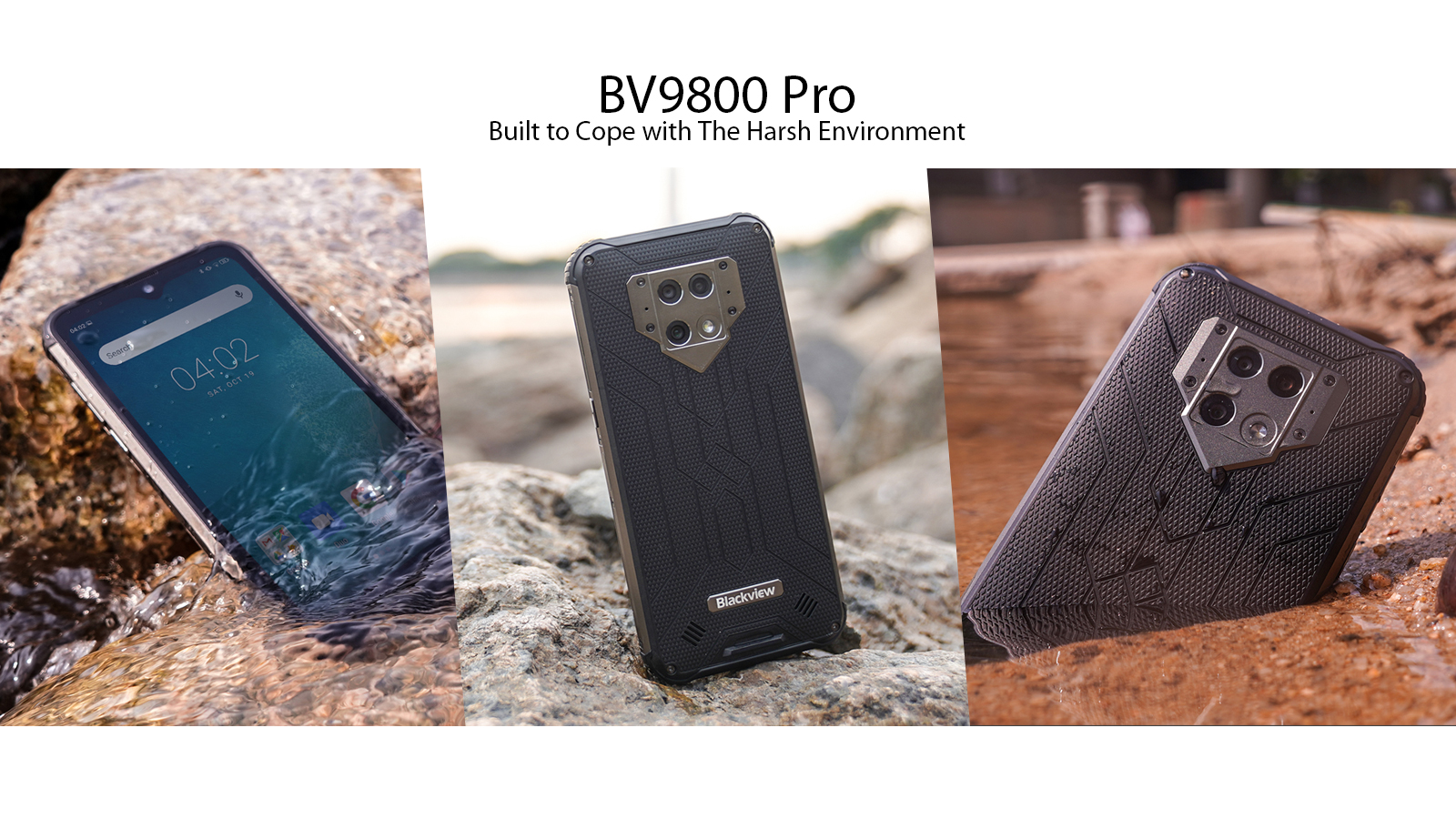 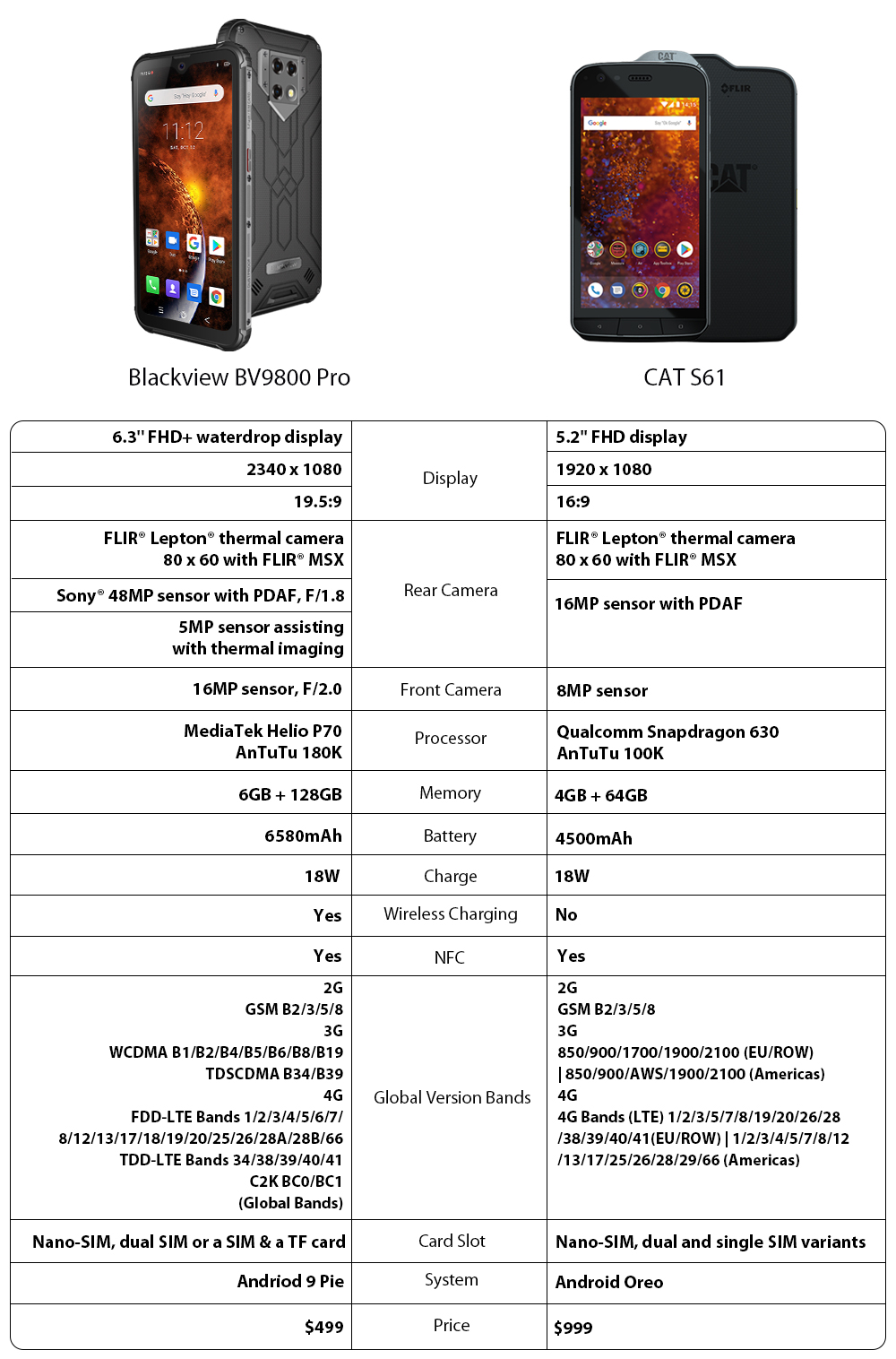 By contrast, hardware and performance are the stronger points of the Blackview BV9800 Pro and if you are an advanced user you should give it a shot.
Camera
If you are looking for the best photography experience, then you should go for the Blackview BV9800 Pro. It has a very nice Sony® 48MP main sensor with night shot mode contained in a triple camera module which includes a FLIR® Lepton® thermal imaging sensor and a 5MP sensor assisting with thermal imaging, with an extra flash. And it has a 16MP front camera for gorgeous selfies. The CAT S61 is apparently weaker in this part. It has a 16MP rear camera with dual LED flash and a 8MP front camera.

Battery
Overall, the Blackview BV9800 Pro is a clear winner in terms of the main factors that matter in the general phone hands-on experience -- higher resolution display, top-grade hardware and software, outstanding cameras, giant battery. Now it all leans on the final determining factor -- Price. After all, a favorable price to some extent justifies the weaker features. Surprisingly, BV9800 Pro is still in a better position to win the price battle -- the Blackview BV9800 Pro price at $429 in Kickstarter now while the CAT S61 is $999.
Take the shot
The Blackview BV9800 Pro Kickstarter campaign is in full swing. Until now it’s funded over $290,000, with more than 700 backers. Thanks to the backers’ active support, BV9800 Pro’s limited US$399 Super Early Bird offer and US$429 Early Bird offer have gone. The good news is Blackview has added new perks scheme in order to feedback the support of the backers. New perks scheme as follow: