Kinatechs | 2019-12-02 20:33:15 | Source: Blackview (Sponsored)
Blackview's hotly-anticipated quad camera budget king A80 Pro finally kicks off its global sale last Friday. It's now exclusively available on AliExpress, snap-up price as low as $79.99 before Dec.4. Before you head over to buy it, we find out its most competitive rival, Redmi 8A.
Here is a comparison between Blackview A80 Pro and Redmi 8A. 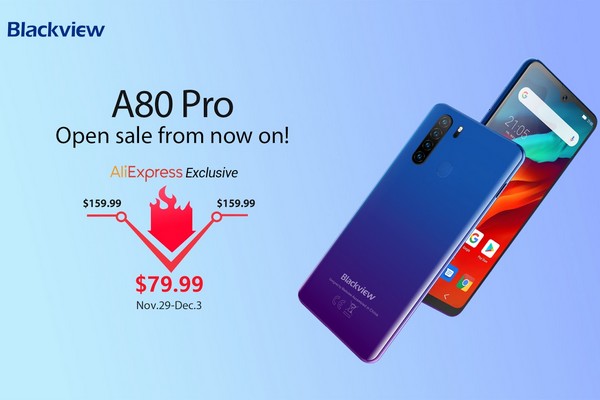 On the front, you could not see a noticeable difference between the two phones. Both comes with slim bezel and waterdrop-like screen where a front camera is located on the top (Redmi 8A has a smaller one). On the back, they differ vastly in style. If you prefer the asymmetric aesthetics with more personalities, we suggest you go for the Blackview A80 Pro. On the rear back, Blackview A80 Pro's upper left side locates a quad camera set. Next to a fingerprint sensor in the middle. If you're not into this type, then you may be impressed by the Redmi 8A with symmetric beauty. The rear camera and the logo are arranged up vertically in the middle. The edges and corners are rounder. 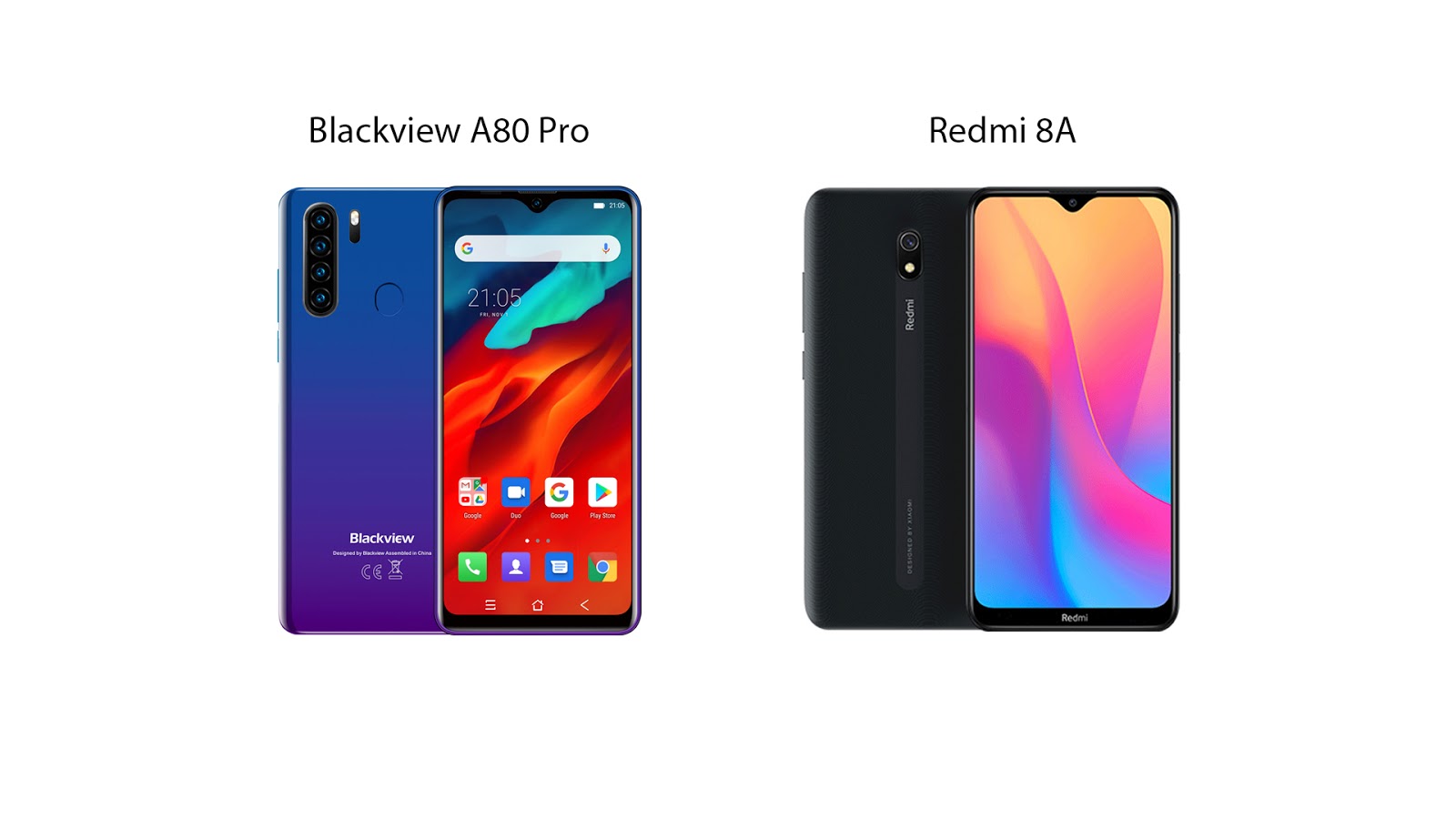 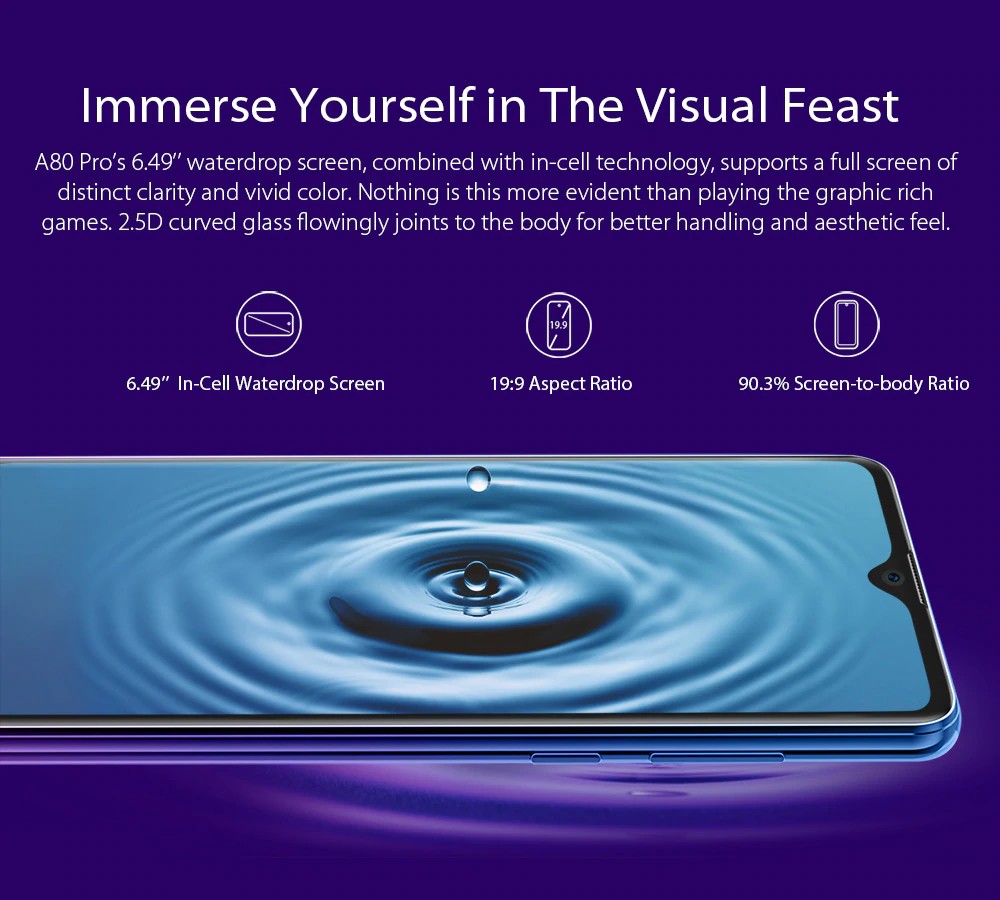 Another point you should not neglect is that Blackview A80 Pro supports global LTE bands while Redmi 8A doesn't, which makes the former even more friendly for global travellers or businessmen.

In terms of the camera, the Blackview A80 Pro's rear main lens is Sony® 13MP, assisted with another triple sub-cameras while the Redmi 8A's rear main lens is 12MP. According to the specs alone, the Blackview A80 Pro is the clear winner. But it is difficult to say which phone's camera is better since software optimization is also very important and we don't have the real pictures made by both phones. As to the front camera, both come with a 8MP lens. 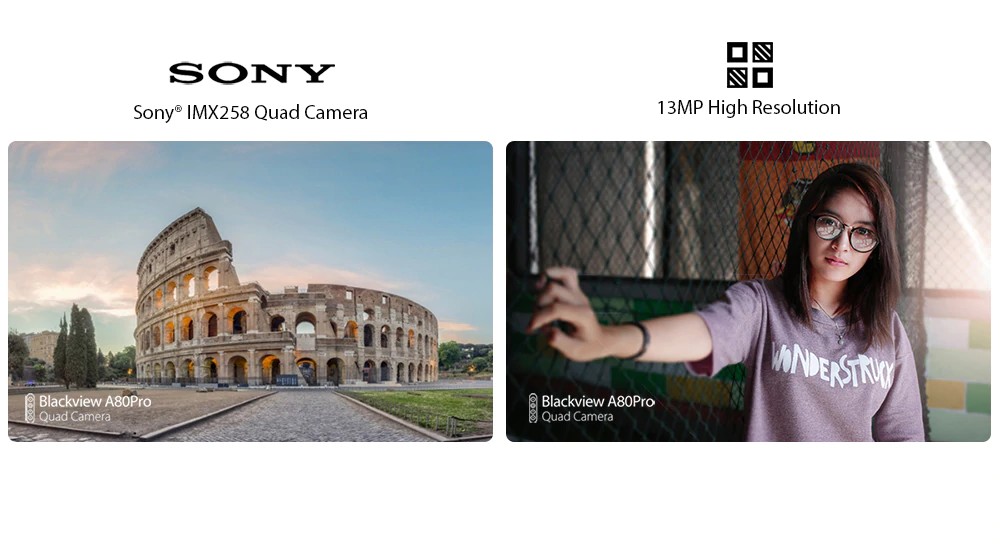 
Blackview has also released a comparative video of the two phones to see what the new Blackview A80 Pro mobile can do, both externally and at speed.


The main specifications of Blackview A80 Pro and Xiaomi Redmi 8A: 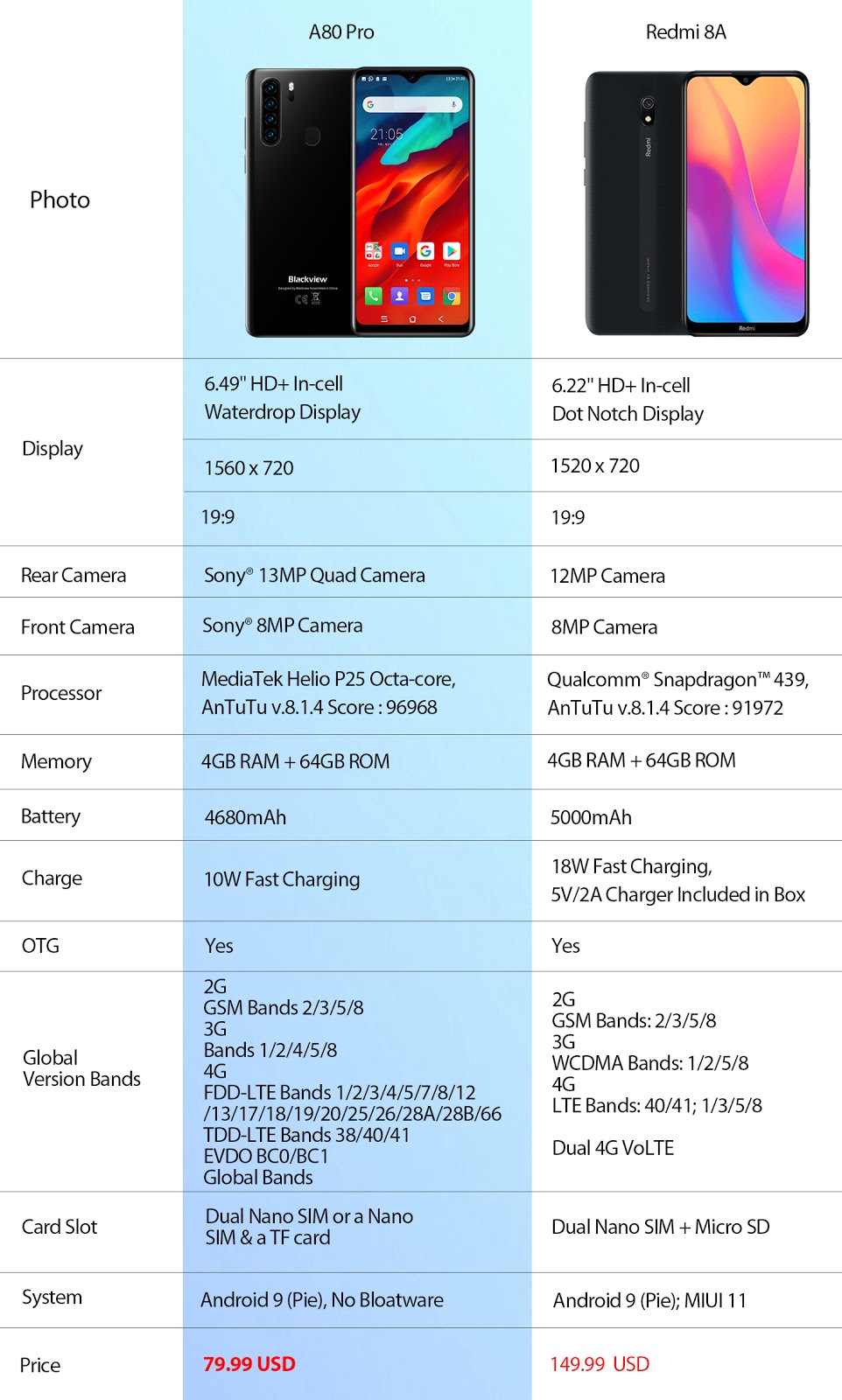