Kinatechs | 2020-04-09 21:30:29 | Source: GearBest (sponsored)
The Alfawise manufacturer mainly attracts attention with its cost-effective products, this time we have a wireless earphone, the Alfawise HBQ Q32, which is currently one of the cheapest TWS earphones on the market. I was very curious about what the Far Eastern company has to offer for this, especially after I was able to test the great Whizzer TP1 recently as well. 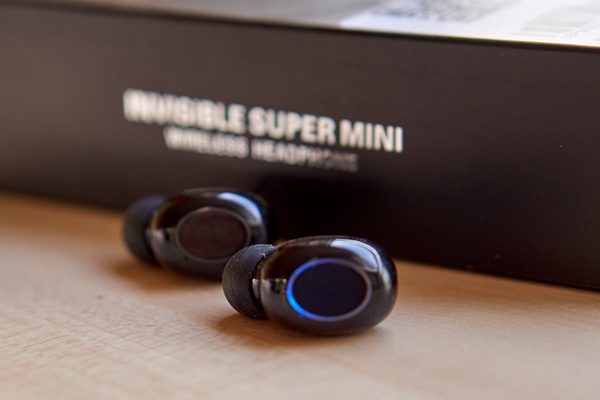 Alfawise's products can be found mainly in the GearBest store, there is no specific main line of the manufacturer, it is present in almost all categories. We find Alfawise robotic vacuum cleaners, air purifiers, smart watches, SSDs, earphones, 3D printers, TV smartphones, projectors, but even electric bikes.

Well that may be less of a concern as such a small company is able to produce quality products for so many different sectors. Alfawise's biggest weapon, no doubt the price. And because of reading the foreign tests, they have a product that really represents acceptable quality.

The Bluetooth wireless headset in our article doesn’t cost much, even at the current high dollar rate of just $15.99. The not-so-easy-to-remember Alfawise headset, codenamed HBQ Q32 TWS, is available in three versions: push-button, touch-button and touch-button + with charge indicator. I had earphones with a touch sensor.

The three versions of the Alfawise HBQ Q32 TWS differ by just one dollar, so it’s really negligible. You can now order the products in action from GearBest:

As soon as I received the package, I quickly unpacked it and as soon as I saw the box of earphones, I was a little scared. I would by no means call it beautiful: in a torn black box, the inscription Alfawise was clearly pasted on it. What’s more, the printer can’t be praised either, as the print quality is below criticism. On the back, we can read more data in Chinese and, thankfully, in English. True, the size of the docking battery was forgotten to mark.
It was also strange to me that the barcode on the back of the box is not in a thankful relationship with the Alfawise barcode on the front, but that should be the slightest problem.

After the torn box, I opened the top a little worried, wondering if there would be anything in it. Luckily, my fears were unfounded, as the unassuming white plastic case housed the earphones and dock. Then, pulling out the holder completely, the accessories also fell out. A short MicroUSB cable and a dose of rubber spare ring to suit different ear sizes.
The description is of surprisingly good quality and is fortunately in English, so after a short study we will definitely use our ears with confidence. Well of course, if after trying it, the owner still wants to use it. 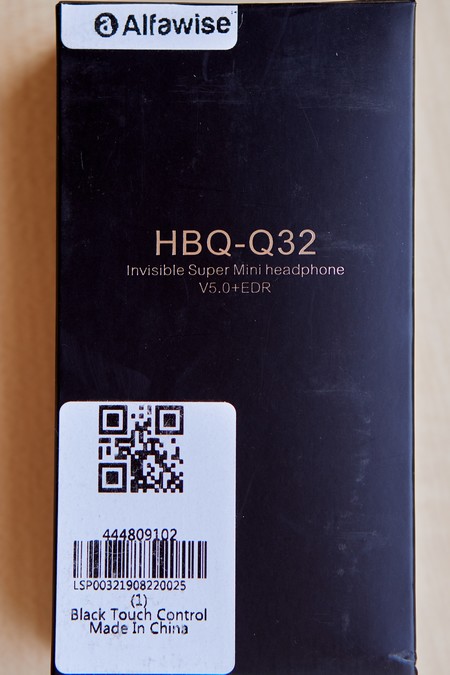 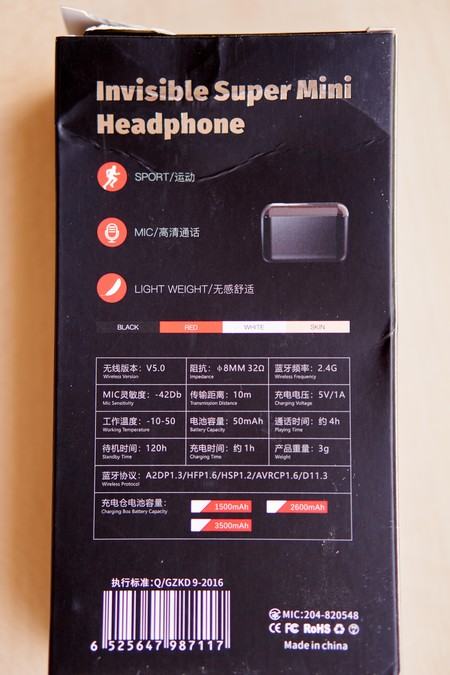 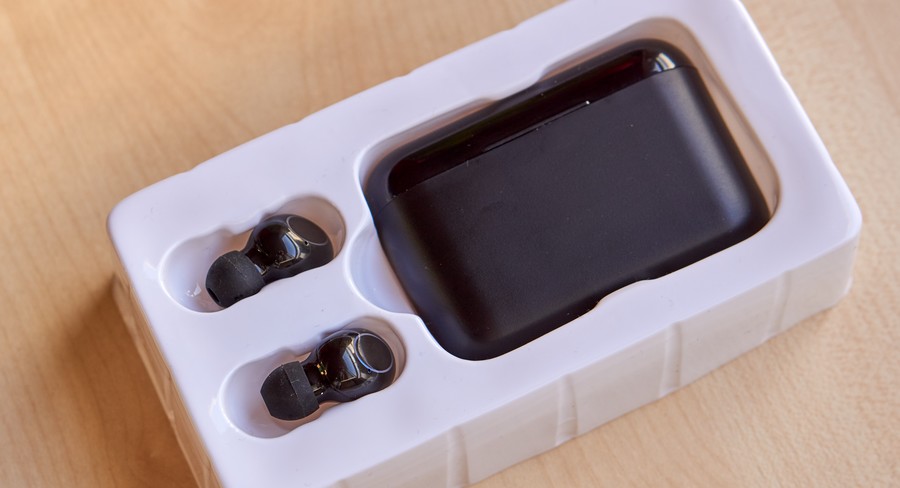 The dock is a simple black plastic with a brighter top that can be opened. I wouldn’t say nice yet, but the earphones can be easily inserted into it. We do not know which one is left and which one is right, it is only indicated to us by an unknown sound after the first switch-on.

The docking station, which also includes a 1500 mAh battery, also functions as an external battery. Therefore, a standard USB output is also included under the MicroUSB input.
When you place the headphones in the cradle or when you connect an external device, a number flashes red to indicate what percentage of the charge you have.
The earphones are 50mAh by the way anyway, but I think they have less than that because after about 2 hours of listening to music, I had to put them back in the charger case. That’s to say the least, even though it uses 5.0 Bluetooth for data communications, which, as we know, is much more economical than its predecessors. 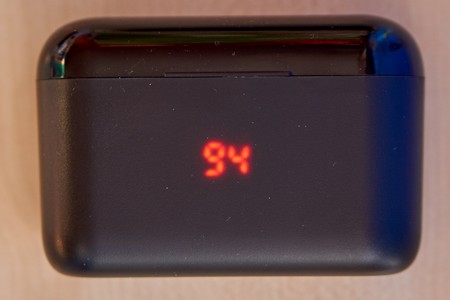 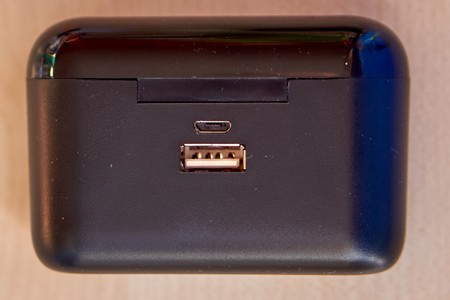 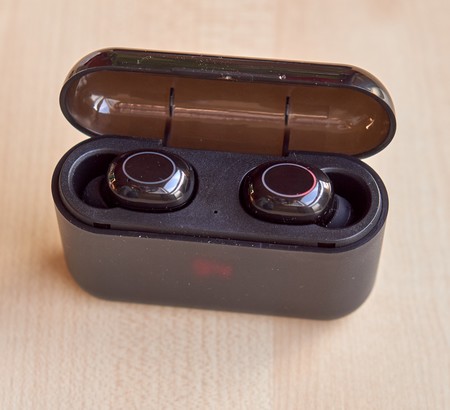 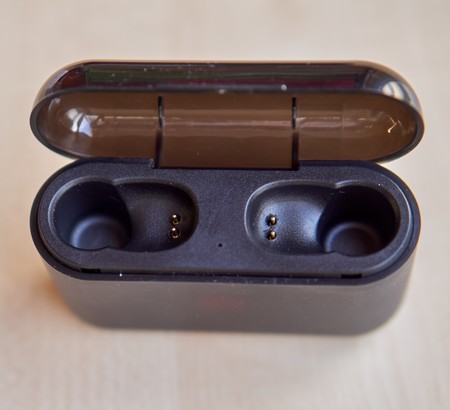 The unit itself is also black in color as I have written about exactly the same. Below the outside is a blue and red LED that glows pulsed. The dock is no easy exception, as the magnetic connectors hold it well at charging points. Which is good on the one hand, because even though the lockable roof doesn’t use any spring locks, the tabs will definitely not fall out of place.

Placing them in our ears, a lovely female voice immediately warns us which one is left and which one is right. I was somehow very unhappy with the use because I swapped them a lot of times.

The next surprise came when I launched the first song. To tell the truth, it wasn’t a big disappointment either, as the manufacturer had to save somewhere. And what should the manufacturer save on a headset, in terms of sound quality ... What could I compare to? It sounds about like the $1-2 wired wonder headphones available in the markets, underpasses. True, there is no danger of the cable coming off the earbuds after 1 week of use.

The AlfaWise HBQ Q32 product can also function as a headset as described, but I would not recommend its use under any circumstances. The point is that phone calls with your mother-in-law, unwanted friends, can be short-circuited quickly.

If you want a 1500mAh external battery for $16, I can definitely recommend the product. If you want to buy it for yourself for the music experience, I can describe the HBQ Q32 in two words: forget it.

If we look at Redmi Airdots starting at $23 and even the Chinese version starting at $22 and sound far better than our current test subject, then unfortunately I can say that AlfaWise’s product doesn’t have much to offer in the market.

After that, if there are anyone who still wants to order the product for $16, you can find it on the GearBest web store page or by clicking on one of the links below:
AlfaWise HBQ Q32 TWS EARPHONE
Touch Control - 15.99 USD 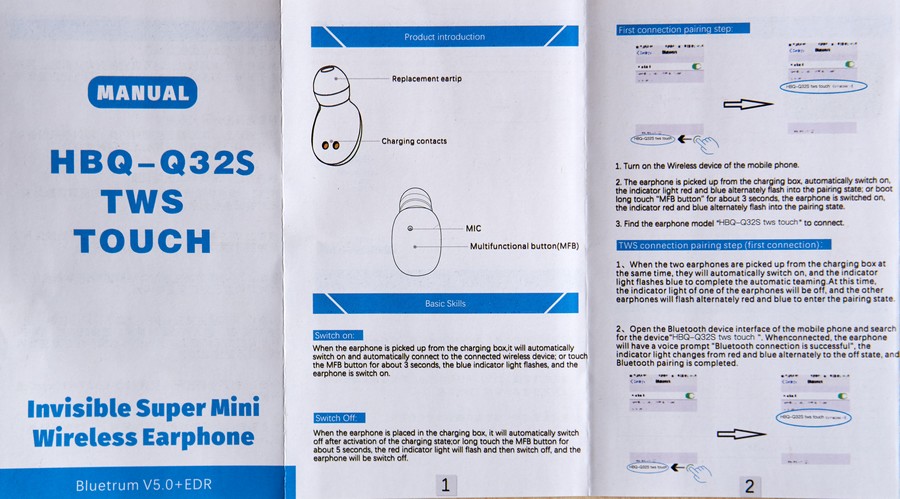 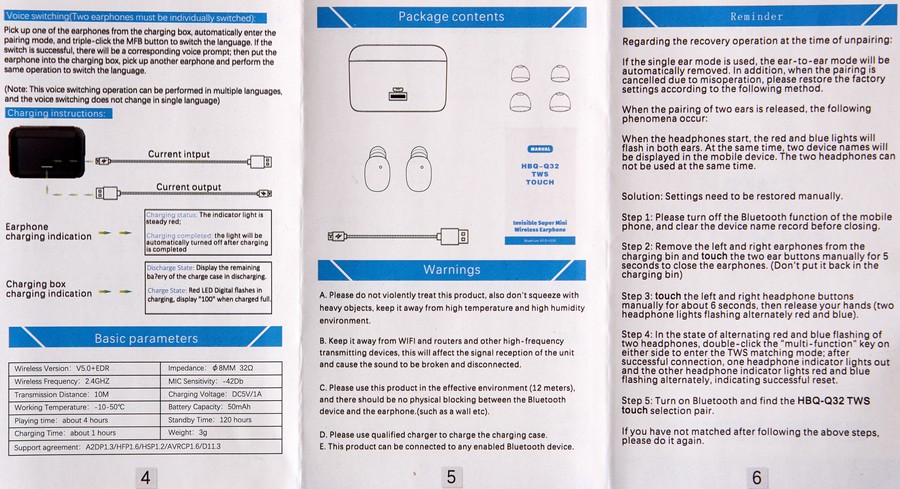